BERLIN (Reuters) – Health ministers of the G20 leading economies, meeting for the first time on Saturday, agreed to work together to tackle issues such as a growing resistance to antibiotics and to start implementing national action plans by the end of 2018.

Germany, which holds the G20 presidency this year, said it was an “important breakthrough” that all nations had agreed to address the problem and work towards obligatory prescriptions for antibiotics.

Saying that globalisation caused infectious diseases to spread more quickly than previously, the 20 nations also pledged to strengthen health systems and improve their ability to react to pandemics and other health risks.

“By putting global health on the agenda of the G20 we affirm our role in strengthening the political support for existing initiatives and working to address the economic aspects of global health issues,” the communique said.

The results of the meeting will feed into a G20 leaders’ summit in Hamburg in July.

While the discovery of antibiotics has provided cures for many bacterial infections that had previously been lethal, over-prescription has led to the evolution of resistance strains of many bacteria.

An EU report last year found that newly resistant strains of bacteria were responsible for more than 25,000 deaths a year in the 28-member bloc alone.

Germany has argued that even having a discussion about it will help raise public awareness about the problem. The G20 also said they agreed to help improve access to affordable medicine in poorer countries. 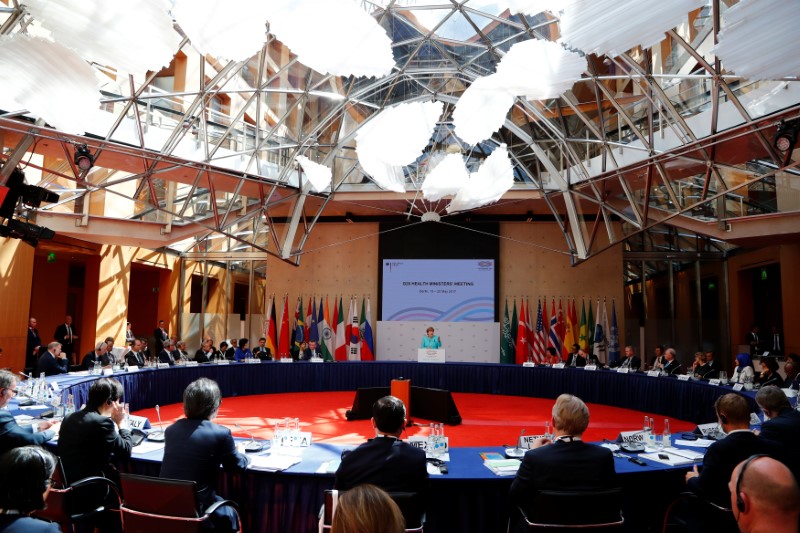