LILLE, France (Reuters) – The European Union will disappear, French presidential candidate Marine Le Pen told a rally on Sunday, promising to shield France from globalisation as she sought to fire up her supporters in the final four weeks before voting gets underway.

Buoyed by the unexpected election of Donald Trump in the United States and by Britain’s vote to leave the EU, the leader of the eurosceptic and anti-immigrant National Front (FN) party, told the rally in Lille that the French election would be the next step in what she called a global rebellion of the people.

“The European Union will die because the people do not want it anymore … arrogant and hegemonic empires are destined to perish,” Le Pen said to loud cheers and applause.

“The time has come to defeat globalists,” she said, accusing her main rivals, centrist Emmanuel Macron and conservative Francois Fillon, of “treason” for their pro-EU, pro-market policies.

Opinion polls forecast that Le Pen will do well in the April 23 first round of the presidential election only to lose the May 7 run-off to Macron.

But the high number of undecided voters means the outcome remains unpredictable and motivating people to go to the polling stations will be key for the top candidates.

Its opposition to the EU and the euro currency underlines an anti-establishment stance that pleases the FN’s grassroots supporters and attracts voters angry with globalisation. But it is also likely to be an obstacle to power in a country where a majority oppose a return to the franc.

Le Pen has over the past few months tried to tackle this by criticizing the unpopular EU while telling voters she would not abruptly pull France out of the bloc or the euro but instead hold a referendum after six months of renegotiating the terms of France’s EU membership.

On Sunday, while predicting the EU’s demise, she was careful to say she would seek to replace it with “another Europe,” which she called “the Europe of the people”, based on a loose cooperative of nations.

“It must be done in a rational, well-prepared way,” she told Le Parisien daily in an interview. “I don’t want chaos. Within the negotiation calendar I want to carry out … the euro would be the last step because I want to wait for the outcome of elections in Germany in the autumn before renegotiating it.”

Reacting to Le Pen’s comments on the death of the EU, France’s ambassador to the United States, Gerard Araud, tweeted: “That’ll be the real significance of the French elections: the survival or the demise of the EU. A quasi-referendum.”

Some 72 percent of French voters want to keep the euro, an Ifop poll published in Le Figaro newspaper showed.

But unlike voters overall, a large majority of FN voters back a euro exit, the poll showed.

“I’m convinced it will explode anyway, so she is right to anticipate it and prepare for an intelligent and organized exit from the euro before we head for even more of a disaster than we are in now,” 56-year-old bank employee Marie-Dominique Rossignol said after the rally. 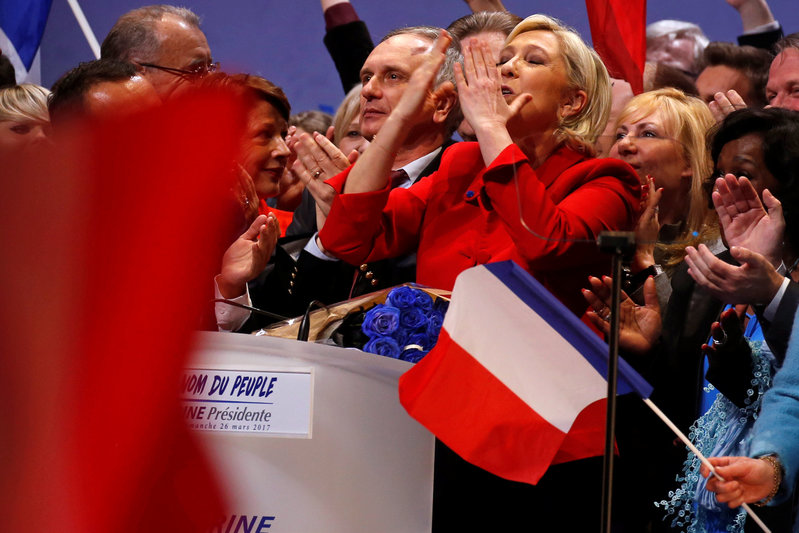 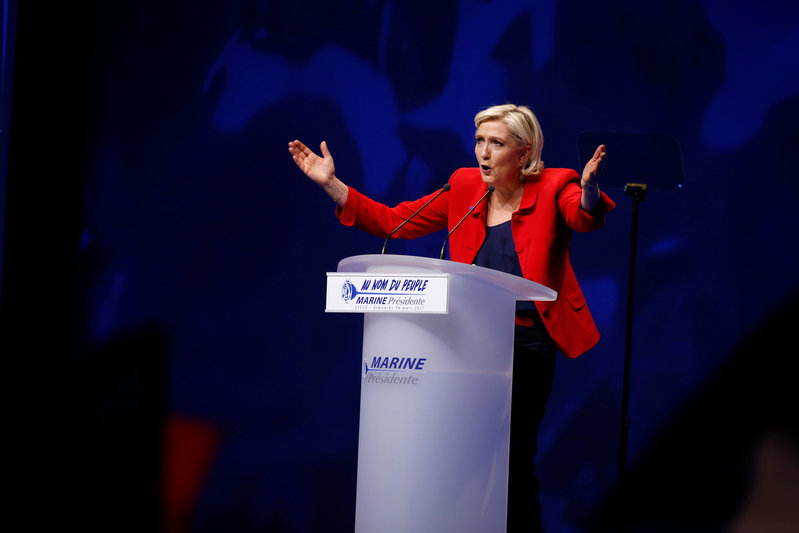 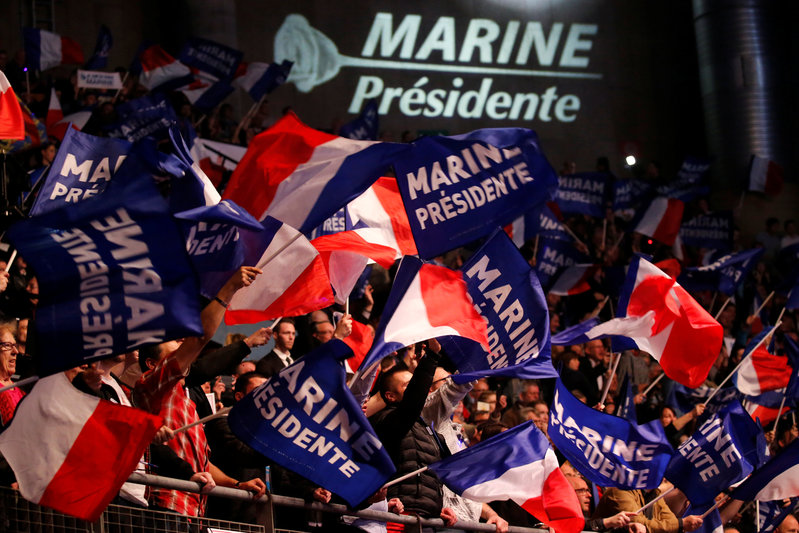 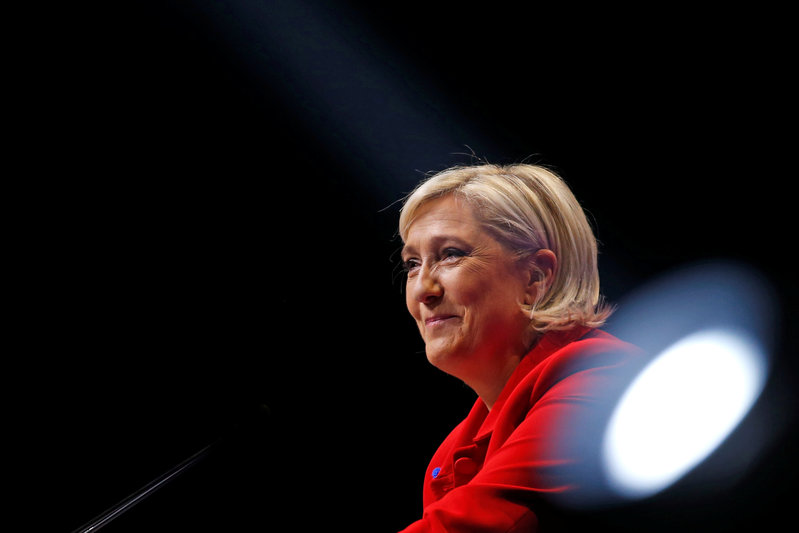