Home News Business Fox Taps into its Past with New Streaming Service for Black Audiences.... 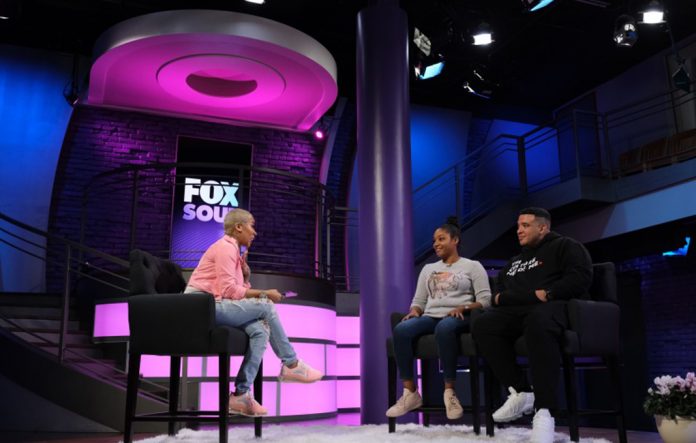 Fox is going back to its roots with the company’s first advertiser-supported streaming video service.

The service, called Fox Soul, uses the tag line of “Our Voice, Our Truth” and promises unfettered discussion of pop culture, politics, faith and personal advice.

The service will launch with four original daily shows produced in Los Angeles and will also carry existing programs from Fox-owned TV stations in New York, Chicago and other large urban markets, which cater to black audiences.

“The shows will be what African American people talk about around the kitchen table,” said Jack Abernethy, chief executive of the Fox Television Stations. “This is programmed by and for that community.”

Fox’s broadcast network and stations have a long history of serving black viewers with programming going back to such series as “In Living Color,” “Martin” and “Living Single.” More recently, Fox offered “Star” and “Empire,” which concludes its sixth and final season this spring and has been the network’s most popular series with viewers of color.

Abernethy said many of his division’s 28 stations — which includes KTTV in Los Angeles — outperform competitors among black viewers due to the popularity of Fox network prime-time shows and syndicated talk programs such as “The Wendy Williams Show,” “The Real” and “Dish Nation.”

But the pursuit of black viewers with a new streaming service will also likely test the legacy of the company’s brand name.

While the broadcast network’s entertainment programs have historically embraced diversity, in recent years Fox has become shorthand for Fox News. The conservative-leaning cable channel is the biggest moneymaker in the Murdoch media empire, which was pared down after the sale of its movie and TV production assets to the Walt Disney Co.

The news channel’s commentators have been a megaphone for President Trump, who has a low favorability rating among black voters. Fox News hosts also have a long history of being highly critical of the first black president, Barack Obama.

Allegations of racism at Fox News also surfaced in the aftermath of the ouster of founding Chief Executive Roger Ailes. In 2018, the parent of Fox News, then known as 21st Century Fox, paid $10 million to settle a racial discrimination lawsuit filed by a black anchor Kelly Wright and several employees in the division’s accounting department.

The Fox-owned television stations, most of which carry the broadcast network, have their own local news and programming operations that are separate and editorially independent from Fox News, although some viewers may not make the distinction.

Fox executives, however, say they have seen no evidence that any association with Fox News will turn off potential users of Fox Soul.

Tammi Mac, a top-rated radio personality on KJLH-FM (102.3), an urban adult contemporary station in Los Angeles, acknowledged that Trump has raised the prominence of Fox News. But she believes that black viewers still have a strong connection with the Fox broadcast network and its stations that can be transferred to Fox Soul, where she will have a late-night show.

“The African American community watches Fox all the time,” Mac said. “Fox Soul is an extension of what has always existed at Fox. I don’t think you can leave that out of the conversation.”

Other hosts on Fox Soul include theologian Sean McMillan, Fox Sports personality Mike Hill, record producer Donny Harrell, singer-songwriter Keyshia Cole and model-actress Claudia Jordan. Their hour-long shows will be done live in front of an audience at Meruelo Studios on West Pico Boulevard, and viewers will be able to participate by calling in or texting. More original programs will be added after the launch.

Fox interviewed black leaders, including pastors and community newspaper publishers, for input on developing the service. Mac said there is also diversity among the production staff. She said early response to the beta version of the streaming channel showed that viewers were surprised and pleased at the level of candor in the discussions they heard on the programs.

Abernethy would not disclose the investment Fox is making in Fox Soul, but he indicated that the company is making a sizable commitment. “We have the money to see it through,” he said.

Fox Soul will also be a lab for Fox to glean information about the ad-supported streaming video market. The long-term plan is to develop more niche-driven services aimed at specific audiences.

“All of the things we learn from Fox Soul will go into whatever project number two, three or four will be,” said Steve Chung, chief digital officer for Fox Television Stations.

Ad-supported video streaming services are emerging as the next growth area in the digital TV landscape.

A study conducted last year by media strategy company Magid said consumers are willing to subscribe to four streaming services such as Netflix or Disney+, down from six in 2018. At the same time, consumer preference for free, ad-supported video streaming services is rising. Magid found 55% of consumers prefer the free services to subscriptions, up from 40% in 2018.

Advertisers are looking for ad-supported streaming services to reach the consumers who do not subscribe to pay TV and spend less time with traditional television, leaving them less exposed to commercials. Media buying firm Magna Global projected revenues of $3.8 billion in spending on ad-supported streaming services in 2019, an increase of 39% over the previous year.