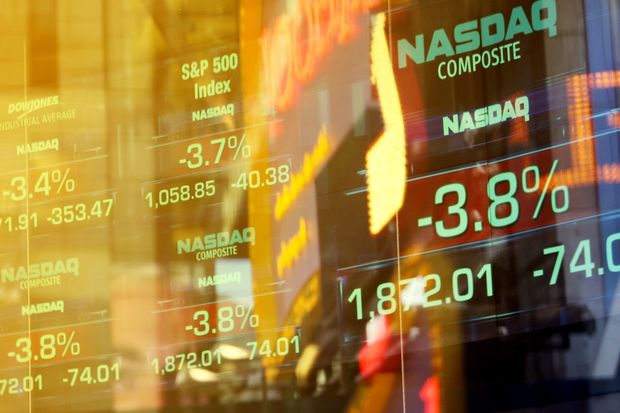 In mid-March, with the markets falling sharply and the Dow Jones Industrial Average hitting a low of 18,213, many investors would have been amazed to think they would recoup their losses and break even in their lifetime. Well, here we are less than six months later, with the markets reaching new all-time highs.

The rebound has been impressive. According to Barron’s, It took only 126 trading days for the S&P 500 to reclaim its February peak — 10 times faster than the index’s average historical rebound period of 1,542 trading days. Yet economist Jack Ablin of Cresset Capital notes that 20 percent of S&P 500 companies remain more than 50 percent below their all-time highs. And 62 percent of stocks in this index remain below their Feb. 19 highs.

Ablin points out that the top five companies of the S&P 500 — Facebook, Amazon, Apple, Microsoft and Google (FAAMG) — account for more than one-quarter of the rally since March, and each has reached new highs this month. Their combined market capitalization (price x shares outstanding) of $7.3 trillion represents 38 percent of US economy, yet collectively these companies employ fewer than 1 percent of the U.S. workforce.

Ablin calls it a “K-shaped recovery,” with a “technology wedge” creating a stark divergence in economic prospects. Those who can work remotely benefit from an upswing, while those who are in the service economy and still threatened by the pandemic have a diminishing outlook.

Given those realities, what should you be doing now with your investments, depending on your stage of life and time horizon? Here are some key things to keep in mind as your make your investment and financial planning decisions:

1. Take a close look at your investment statements and your options inside your 40l(k) plan and IRA. This is not the time to suddenly become a speculator despite current boasts of big winnings. Stick to the plan. An entire generation of Robinhood traders is going to get a painful lesson. Historians agree that Robin Hood died from a pandemic!

2. Remember that the stock market is fueled by money and hope. The Fed is firmly behind the markets, vowing to focus primarily on job growth. Fed Chairman Jerome Powell again promised to “do what it takes” to keep the economy afloat — without worrying about future inflation.

In his recent speech, it was clear that Powell feared the United States could fall into the malaise that has afflicted Japan for decades: low growth, low interest rates, low inflation expectations and a stagnant economy. The Fed will continue to inject reserves into the system to keep that from happening.

3. The Fed can’t lift the economy and the job market by itself. Congress must act. The latest estimates from the respected Oxford Economics show that in August, the suspension of $600 federal unemployment payments cost the economy $50 billion. Oxford estimates that the 50 percent extension of unemployment benefits from FEMA funds will cover unemployment benefits for only about five weeks. Even worse, Oxford estimates that as many as 15 million American households are vulnerable to rental eviction in the coming months.

It is unthinkable that under these circumstances — and especially in an election year — Congress won’t suddenly jump into action upon its return from recess. That should mean more money on the way — hopefully targeted toward people who need it for their daily survival.

Your financial planning and investment choices must be based on these realities. Interest rates will remain low as long as the Fed remains in control. Stocks will continue to rise as long as there is money — and hope not only for a vaccine, but for a return to a more normal life. And risk is everywhere — even in the safety of bonds just in case inflation does return, forcing the Fed to act.

Don’t try to pick tops or bottoms or turning points or individual stocks based on “stories.” Remember, when everyone “knows” where the market is going, everyone is about to be wrong.

By Getting into the News Business, Facebook Opened Itself Up to...