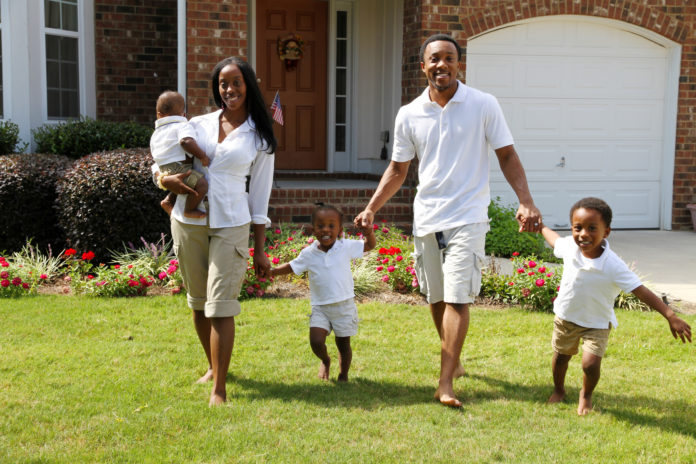 BALTIMORE ? When attorney Ricardo Soto started looking to move his family into a new house, he expected to take out a traditional mortgage. But with the prospect of college payments for three teenage children looming, the attorney chose a different strategy.

Soto entered into an agreement with San Francisco-based FirstRex, which provided 10 percent of the family?s down payment in exchange for a stake in the property. The deal allowed the family to take out a smaller mortgage, reducing monthly payments. The Sotos expect to repay the money when they sell, plus ? or minus ? some of the change in value of the house.

?It provided a little bit more financial flexibility for us up front,? said Soto, whose family moved into a four-bedroom, $650,000 home near San Diego earlier this year.

Since peaking in 2004, national homeownership rates have sunk below 63 percent ? lower than at any time since the 1960s. In metro areas with some of the strongest population growth, such as New York, San Francisco, Seattle and Washington, the cost of housing has soared.

A June survey for TD Bank found that 65 percent of potential first-time homebuyers are waiting because they need to save money for the down payment. That was true for almost three-quarters of potential buyers younger than 35.

The program works like this: FirstRex contributes up to half of the total down payment (and no more than 12.5 percent of a home?s value.) When the home sells, the firm recoups its investment, plus or minus a share ? typically 40 percent to 50 percent ? of the change in value of the house.

?We?re really investing alongside the American homebuyer, and we win or lose together,? said Thomas Sponholtz, the company?s chairman.

Other firms have experimented with a similar idea in recent years. One of the latest is Point Digital Finance, which offers homeowners a cash advance on their equity in exchange for an ownership stake in the home and a portion of its future appreciation.

Some assistance offered through state or local governments is structured on similar lines, said Tracey Shell, a vice president at Down Payment Resource, which tracks such programs across the country.

?It?s really one of those businesses, the first time (we looked at it) we go: ?This is amazing, why doesn?t this exist??? Sponholtz said.

There are no interest or monthly payments associated with the FirstRex investment, but a buyer has to be comfortable making less on the back end. (The agreements, which include some fees, last up to 30 years. Owners who sell within the first three years or who opt to buy out the FirstRex?s stake earlier face different costs.)

To qualify, buyers must have a credit score of at least 680 and be able to make at least a 10 percent down payment, in addition to meeting the mortgage lender
requirements.

The buyer would keep about $100,000, after repaying FirstRex and the balance on a 30-year mortgage with a 4 percent interest rate.

?You have to sit down and do the math,? Simonton said. ?Is what you need the money for really that important to go into this kind of obligation??

Soto, 50, said he thought the trade-off was acceptable. He said he isn?t planning to rely on home appreciation to pay for retirement ? especially after the housing crash.

?It was something I was willing to live with in order to meet my immediate financial priorities and goals and move into the home we wanted,? he said.

FirstRex rolled out its first product, for high-priced homes, a few years ago. The firm said it has ?hundreds? of those agreements in place.

The latest product extends the idea to a wider set of buyers, including families using smaller, conventional conforming mortgages, with the goal of eventually creating a kind of index fund for U.S. residential real estate, Sponholtz said.

Real Estate Equity Exchange Inc., the firm?s formal name, raised more than $18 million in an equity offering in December, according to a filing with the Securities and Exchange Commission. Sponholtz said the firm has attracted millions in investment from university endowments and pension funds, which are looking for reliable returns to hedge against inflation and have longer investment timelines.

?What we offer is exposure to a national portfolio of residential real estate,? he said.