(Reuters) – Firefighting crews were battling a major four-alarm fire at a residential building in Oakland, California on Monday and “multiple” rescues had been made there, firefighters and local media reported.

It was not immediately clear if there were any casualties of the blaze, which broke out at about 6 a.m. local time on Monday morning. Firefighters at the scene reported seeing at least one body in the burning building, according to local media, which also quoted officials saying at least 50 people lived in the multi-level building.

Firefighters said on Twitter that crews were being withdrawn from the building after the roof and some floors were “compromised.”

Video footage on local media showed smoke billowing into the sky from the building as firefighters poured water onto the flames.

Last December, 36 people were killed when a fire erupted at a dance party at a sprawling, two-store warehouse in Oakland known as the Ghost Ship that had been leased to an artists’ collective.

It was the deadliest blaze in the United States since 100 people perished in a 2003 nightclub fire in Rhode Island. 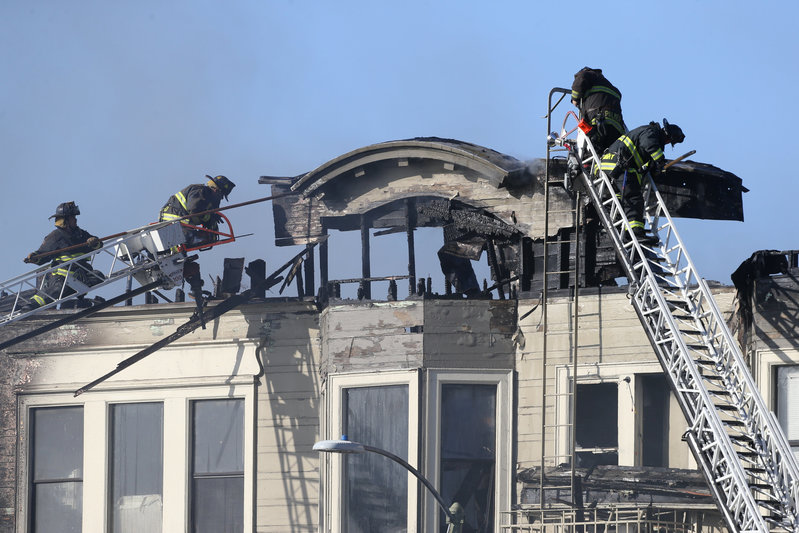 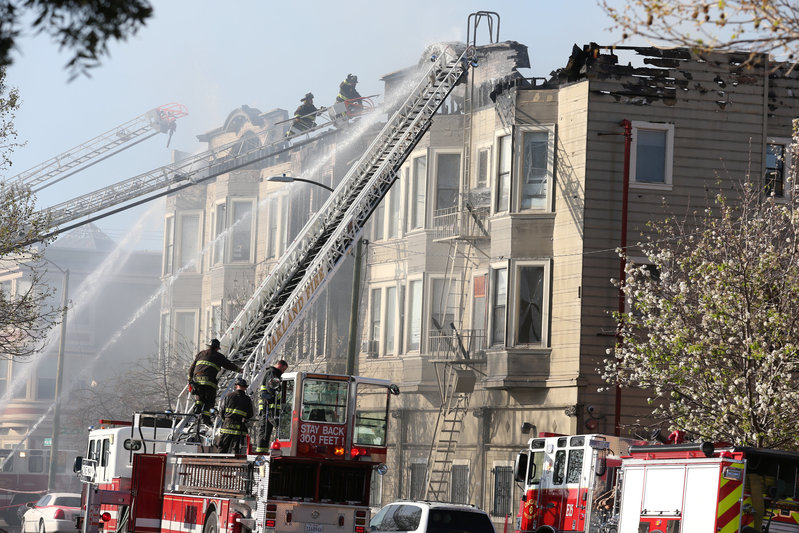 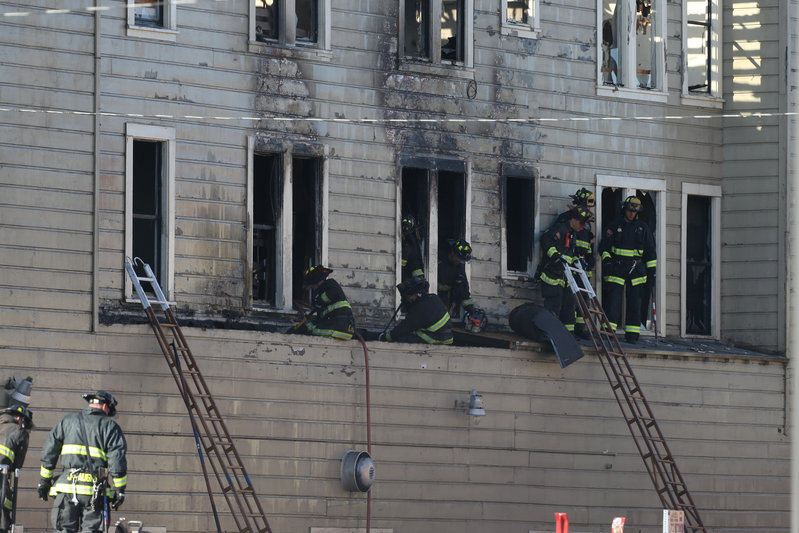 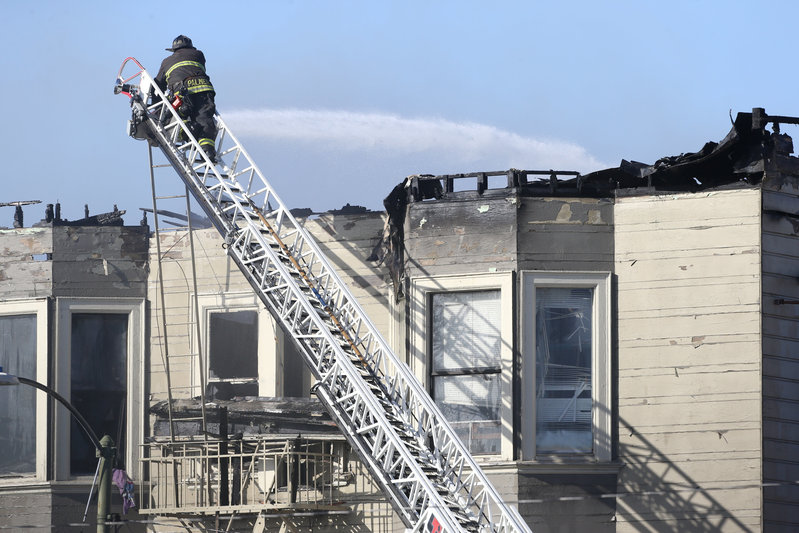 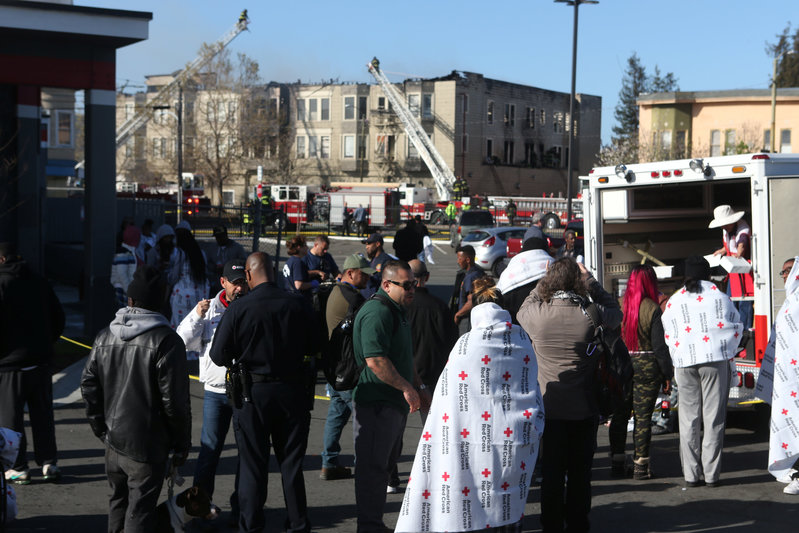 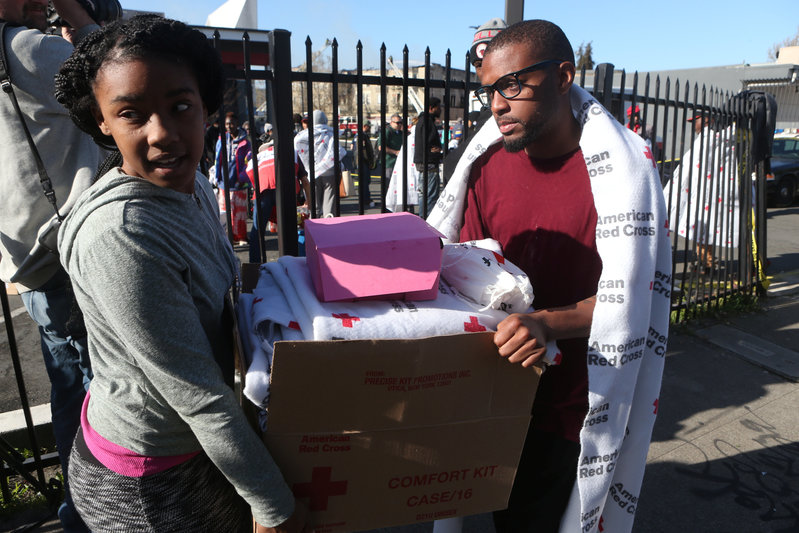