So-called Fintechs typically use advances in technology to provide cheap and easy-to-access services, from transfers and trading to crowdfunding, operating largely outside of banking regulations.

“Getting a clearer picture of fintechs’ business activities is essential if we are to better understand whether and in what way they might pose a threat to financial stability,” said Weidmann, who sits on the European Central Bank’s Governing Council.

“Many believe the most disruptive potential is to be found in blockchain or distributed ledger technology, which promises to allow payment transactions and securities settlement to bypass banks and central counterparties altogether,” he added.

Originally developed for the bitcoin virtual currency, blockchain technology uses a decentralized network of computers to verify transactions and may over time play a role in speeding up clearing and settling, reducing the need for intermediaries.

Looking to react quickly, the Bundesbank recently launched a project with?Deutsche Boerse?to develop its own blockchain-based prototype of a securities settlement system.?

Weidmann said advances in digital finance had increased consumer access to financial services, but expressed concerns over how fintechs would behave in an economic downturn.

He said assessing the risk was impossible without reliable data. 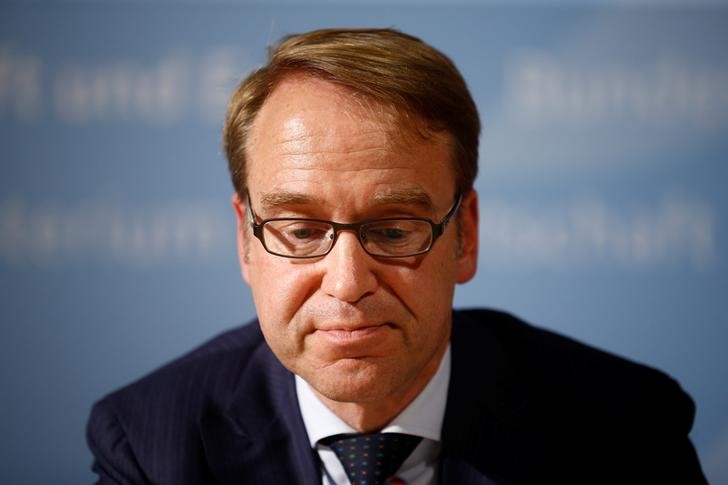