NEW YORK (Reuters) – The “Fearless Girl” statue in New York City, whose face-off with Wall Street’s “Charging Bull” won her legions of fans in just three weeks, will hold her ground for at least another 11 months.

The 50-inch (127 cm) bronze statue of a defiant girl with fists on hips was installed to mark International Women’s Day on March 8 under a lease due to end April 2. The two statues stand on a patch of cobble stone in the financial district near Bowling Green.

After at least two petitions, generous press attention and ebullient interest on social media, the attraction for tourists and locals will keep its place at least through the end of February 2018.

“She has clearly struck a nerve,” said U.S. Rep. Carolyn Maloney on Monday as she stood on the steps of City Hall with other women politicians to announce the statue’s extended stay.

Maloney, a New York Democrat, said the bronze girl was a testament to the power of art in society. It was created by artist Kristen Visbal and commissioned by asset manager State Street Global Advisors as part of a campaign to increase gender diversity in business.

“She has really, really become a meaningful part of the community of New York,” Maloney said. “Everyone sees their own dreams and aspirations in the strength of this little girl.”

“The importance of empowering women is not temporary, and it’s not something that can last for 11 months,” New York City Public Advocate Letitia James said. “It something that needs to be made permanent.”

But “Fearless Girl” has opponents, among them Arturo Di Modica, who sculpted “Charging Bull” and dropped it in front of the New York Stock Exchange in the middle of the night in December 1989.

“That is not a symbol! That’s an advertising trick,” he told the financial news website MarketWatch last week.

The gender diversity campaign by State Street Global Advisors, a subsidiary of State Street Corp, aims to highlight the need for more women on corporate boards. Twenty-five percent of the largest 3,000 U.S. companies have no female directors, the company noted on its website. 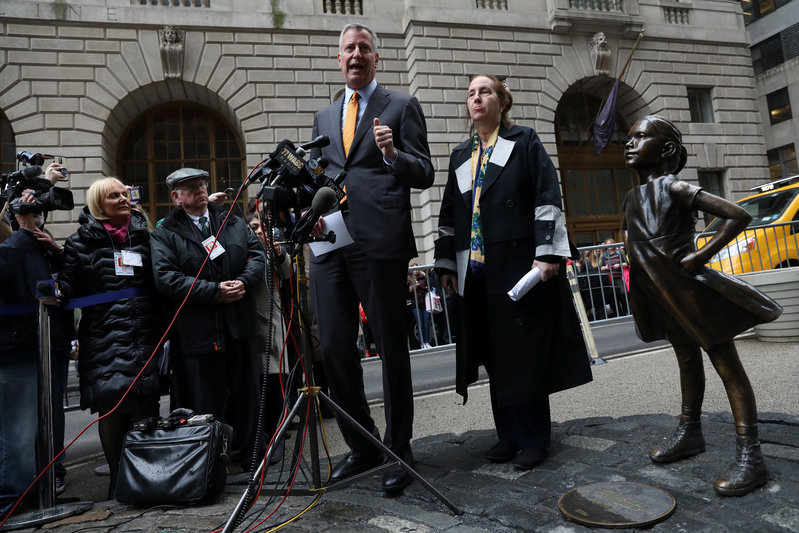 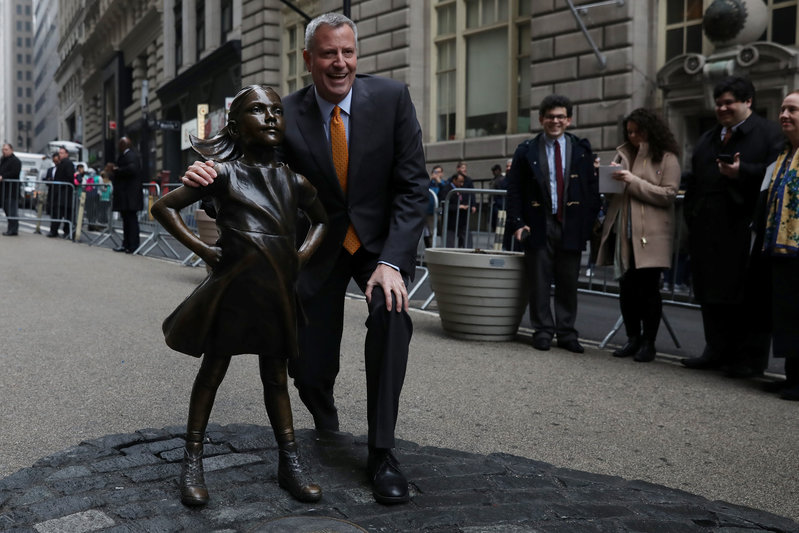 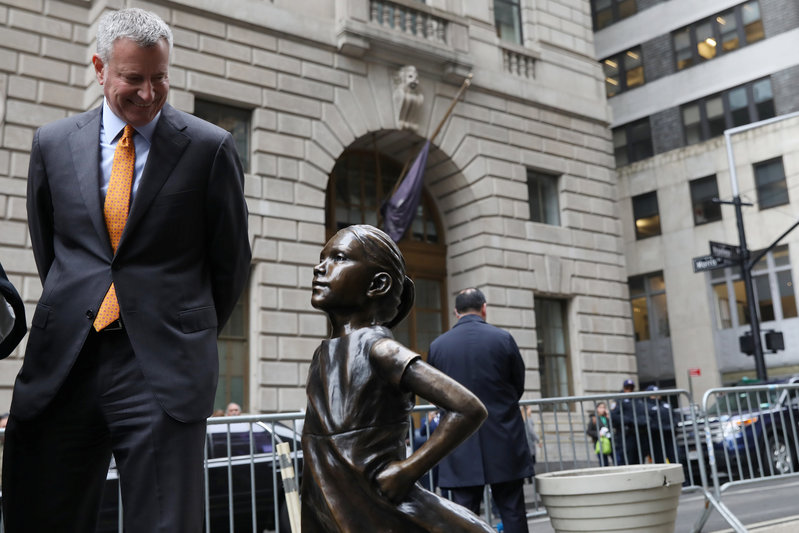 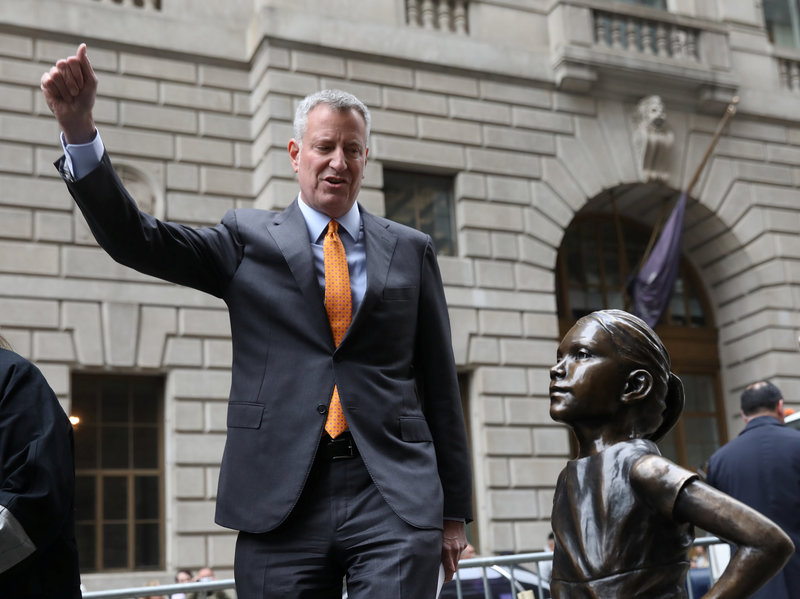 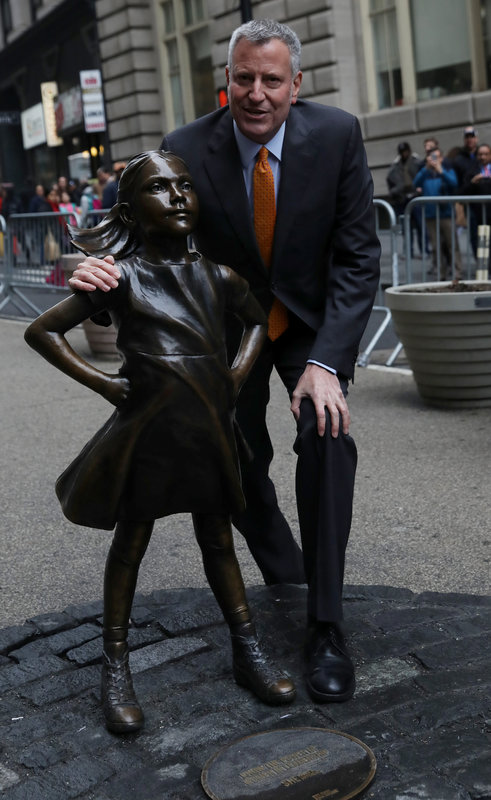 More Women Are Dialing into Virtual Work During the Pandemic