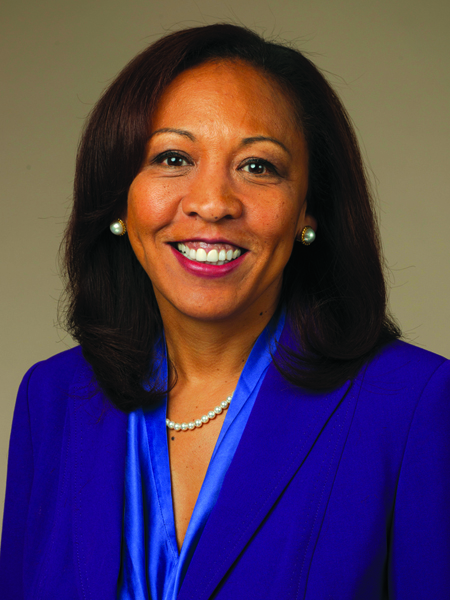 Taylor previously was vice president of innovation and new product development at Wyndham Hotel Group, and senior director of brand marketing at Ramada Worldwide. Today, as Wyndham Worldwide?s senior vice
president of global corporate responsibility, her work has garnered attention. ?Newsweek? ranked Wyndham Worldwide one of the Top 50 Greenest Companies in America in 2011, 2012 and 2014, and in 2014 the Dow Jones Sustainability Index hailed the company as both a ?World? and ?North American? leader in the hotel, resort and cruise line sector. That same year, the National Diversity Council named Taylor among the ?Most Powerful and Influential Women? in the industry.

Taylor strives to make a difference each day while adding value to Wyndham Worldwide and the industry. She chaired the American Hotel Lodging Association Environmental and Engineering Committee for four years, and currently chairs the World Travel and Tourism Sustainability Committee. ?We only have this one God-given earth, so I am committed to making sure we have a solution every single day to do more with less resources and clean up the air, water and food,? she says.? By 2013, Wyndham Worldwide had reduced its carbon emissions by 13 percent, and water consumption by 16 percent globally.

Born in Japan to a U.S. military father, Taylor has an MBA from the University of Pennsylvania?s Wharton Business School and a bachelor?s degree in economics and psychology from Stanford University. She co-founded Mothers Off Duty, a nonprofit that supports education for young, single Black mothers.

Attorneys at the Top