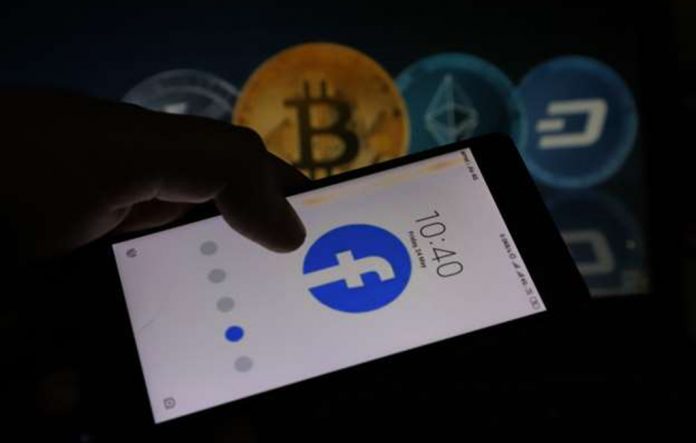 Facebook unveiled an ambitious plan to create a new “global currency” in the form of a cryptocurrency called Libra on Tuesday, in collaboration with a slew of top players from the realms of technology and finance, including Visa, Mastercard, Uber and Spotify.

With billions of global users and tens of billions of dollars at its disposal, Facebook’s entry into the esoteric realm of blockchain-powered payments could mark a major milestone in the technology’s development, potentially ushering it from the early-adopter fringe into the mainstream.

“We view Facebook’s introduction of the Libra currency as a potential watershed moment for the company and global adoption of crypto,” wrote Mark Mahaney, an analyst at RBC Capital Markets, in a research note for investors.

But given the recent spate of privacy and political scandals that have beset the social media giant, many in the crypto world — an often anti-establishment subculture of programmers and speculators, where decentralization and information security are paramount values — are worried that Big Brother is getting into the blockchain.

“Facebook has proven over and over again as a business that they don’t respect privacy,” said Eric Meltzer, who co-founded a cryptocurrency-focused venture capital firm called Primitive Ventures after years working on cryptocurrencies in China.

Facebook’s goal for Libra is that it will become a near-instant medium of exchange across Facebook apps such as WhatsApp and Instagram, as well as across the broader internet, when it launches in 2020. Based on blockchain technology, a digital record of activity distributed across a wide network of computers, it enables the secure transfer of “coins” from user to user without the necessity of involving banks and their fees.

Once people buy a chunk of Libra using their country’s currency, the thinking goes, they’ll be able to do business online with just a smartphone, no credit card or bank account necessary.

In the wealthier countries where Facebook already earns most of its revenue in the form of advertising dollars, this presents another opportunity for consumers to spend time in the Facebook ecosystem — and if buying and selling is more seamless, it could make the company’s targeted ads even more valuable to advertisers. In the developing world, where Facebook is looking for user growth and advertising is less lucrative, Libra could be the feature that first attracts a new segment of users looking for a stable, low-cost and smartphone-native international banking option.

The dream of a frictionless, reliable, online-only medium of exchange has always been at the core of cryptocurrency, from the first time a Bitcoin was digitally “mined.” But true cryptocurrencies, controlled only by their users and unlinked to the real world of bank accounts and regulations — and therefore theoretically immune to taxes, borders and seizures by the police — have proven too volatile and confusing for average consumers to use for day-to-day payments.

So Facebook made some tweaks to those basic parameters to make Libra more likely to succeed as a digital cash replacement that can compete with non-blockchain-based services like WeChat Pay and AliPay, which have become ubiquitous in China, letting people use their smartphones to pay for train tickets or a snack on the street.

First, to keep the price of Libra from fluctuating wildly, the value of the coin will be pegged to an as-yet-undisclosed number of world currencies, and backed with a giant reserve of cash.

Second, to keep the Libra network reliable and speedy from day one, it will be run through a series of central nodes operated by the major companies that Facebook has brought on board for the launch. In contrast to a system like Bitcoin’s, in which anyone on the network can jump in and validate a new transaction, only these companies’ nodes will be able to validate and process Libra when it first launches.

Despite this concession to centralization, under this system, no one member of the association controls how Libra works, including Facebook. Each member organization has one vote, and the number of voting members and processing nodes is set to increase as Libra grows, with each new user adding cash to the reserve in exchange for Libra.

Eventually, anyone holding a sufficient quantity of Libra will be entitled to some voting power, and the initial documents published Tuesday by Facebook lay out an explicit goal to move toward a totally nodeless blockchain more similar to Bitcoin’s.

Even centralization-averse crypto purists acknowledge the allure of an offering that could deliver at least some of the technology’s benefits to the masses. Libra is “interesting in the sense that Facebook has enormous distribution, bigger than most countries,” Meltzer said. “On the other hand, at the point where you’re backing it with a basket of currencies, it’s kind of the same problem.”

Maya Zehavi, a blockchain consultant and entrepreneur, said Facebook appears to be using “magic blockchain buzzwords” to encourage trust around a product with few of the transparency or security guarantees that allowed Bitcoin to bloom. “The worst case is this is an opportunity for Facebook to obfuscate the fact that it’s making a grab on everyone’s transaction data,” she said.