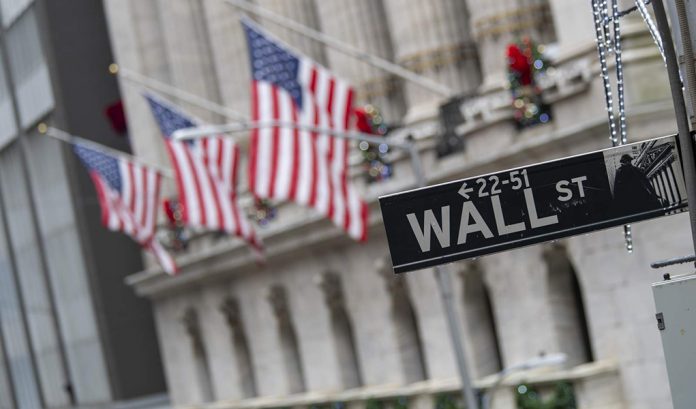 House Democrats proposed a roughly $3 trillion bill recently to battle the health and economic effects of COVID-19. Some Republican lawmakers, and a top White House economic adviser, have cautioned against another round of federal stimulus spending too soon after the last package — preferring to take a “wait and see” approach.

Politics aside, many Americans are wondering if the federal government will be offering more support as they are out of work.

Q: Should the federal government wait a while before another stimulus bill?

YES: After immense spending, unprecedented in world history, an even more enormous spending bill should be reconsidered. Effects from such massive deficit spending are to be realized. Imposing more stresses will make it harder for employers to stay afloat amid changing conditions and challenges of rehiring workers. Incentivizing unemployment with debt-financed compensation is no replacement for goods and services production. Additional spending proposals have little to do with stimulus and more to do with a wish list of government spending.

NO: It seems that the mantra of this administration is “wait and see.” With almost 100,000 deaths and unprecedented economic destruction, I am not sure what we are waiting to see. If we are at “war” as the president has declared, then perhaps our lawmakers ought to mimic what Roosevelt devoted to WWII — $4 trillion representing 40% of the nation’s GDP at the time. We won that war, and incidentally ended the Great Depression as a fringe benefit. A near term infusion of $3 trillion is a much smaller investment, which will undoubtedly save many businesses — and lives — as we progress to manage and rid ourselves of this virus.

YES: Many states are slowly reopening for business and people are getting back to work. We should see the impacts of that first. It isn’t economically sustainable to continue to pump trillions of dollars into multiple stimulus packages. This money will have to be paid back — likely resulting in deep spending cuts and tax increases. In addition, we must consider the ramifications to our national security. This means protecting the dollar from long-term damage due to continued spending that results in a tremendously heavy debt.

YES: While the federal COVID-19 relief efforts were prompt and necessary, similar action is not prudent, as proposed in the recent House bill. It is a short-term remedy. Focus should turn to future strength. A comprehensive stimulus bill addressing long-term issues — strengthening infrastructure, environment, small business, internet access, and our health system — would bolster our recovery. This would yield tremendous benefits, including reconnecting people with good jobs.

YES: There isn’t much choice. The Democratic bill is the first salvo in a likely prolonged and contentious negotiation for further aid. The government and central bank have thrown historic money at the problem with unknown efficacy. I see clear areas of need (low/no income individuals, the post office, healthcare facilities) that require aid, but I am concerned frivolous spending without accountability may continue to funnel the money into the wrong hands (e.g. liability protection for corporations).

YES: Wait on another $3 trillion. It makes sense to extend the covered period of the Paycheck Protection Plan from June 30, 2020 to later, push back the loan maturity period from two years to three years and reduce the 75% requirement so that employers can use these funds without bringing back staff to a closed business. Let’s also see which states have been managing their funds to avoid federal funds supporting runaway pension programs.

NO: While I don’t understand why the U.S. government has supported junk bonds, oil, coal companies or cruise lines, I do believe supporting state and local governments is reasonable. No package is perfect, but even Fed chair Jerome Powell acknowledged the need for more federal support of the states, and this package includes a renewal of state income tax deductions which is so important for California. We are leaning on the next generation to pay this debt, so maybe a larger estate tax should be included in the bill?

NO: I think some people are underestimating how severe this economic downturn is going to be. The numbers over the next few months are going to be worse than even in the Great Depression of 1929-1933, and we’re not going to return to normal after lockdowns are lifted. But I would prefer to see federal spending targeted at the most critical needs. My top priorities would be health care and support for the unemployed.

NO: Since the CARES Act was passed in March, there is growing evidence that the recovery will be slower than expected. The unemployment rate jumped from 4.4% to 14.7% in April, the highest rate and the largest one-month increase ever recorded. Since mid-March, over 36 million individuals have filed initial claims for unemployment insurance. Additional stimulus is needed to minimize additional layoffs, avert business bankruptcies and to revive the economy.

YES: Another $3 trillion amounts to more than $9,000 for every person in the United States. Before spending that money — money future generations will need to pay back — the federal government should be absolutely sure it will be spent in the right places. First, reopen the economy so people can pay their bills, next see where help is really needed, and then fund what’s necessary to offset the effects of the COVID-19 shutdown.

YES: But if we wait too long, the economy will suffer even more. It’s likely that every hospital in the country is losing money. Some will go bankrupt without additional help. That’s not good in the middle of a pandemic. Congress is right to spend what’s needed to treat COVID-19 patients, fund critical research and preventive initiatives and help displaced American workers. Having said that, additional stimulus will have to be paid back at some point, which means additional taxes for everyone eventually.

NO: One can debate what is the right amount of stimulus and how it should be most effectively deployed, but now is clearly better than later. The stimulus that has been applied was a bridge with the hope that the economy would snap back this summer. While some recovery will take place, many businesses may operate at only 25% of capacity. Soaring unemployment means that the government now needs to provide further backstops to prevent more economic damage.

YES: We are in a very tenuous time right now with the virus beginning to come under reasonable control, businesses tentatively reopening, and still not yet feeling the full effects of the first tranche of several trillion dollars. Let’s give all three issues a chance to settle in and see how they actually affect the U.S. economy. Now that we have systems in place, if needed we can support any area of the economy that is not recovering quickly enough. Trillion-dollar deficit spending is a real thing!

NO: More needs to be done, especially aid to state and local governments. The economy shutting down reduced tax revenue for those governments, particularly revenue from the sales tax and the hotel tax (TOT in San Diego). Since they can’t have deficits, they will respond by cutting workers, which would make the downturn even worse. Many people view those workers as bureaucrats, but they include teachers, police, firefighters, and many working-class people, and they spend money that most businesses would be happy to accept.