By Paola Arosio and Silvia Aloisi

MILAN (Reuters) – Ailing Italian bank Monte dei Paschi di Siena <BMPS.MI> has all but failed to pull off a privately funded rescue plan, unable to find investors to take up its share offer at the 11th hour, and a state bailout now looks inevitable, sources said on Wednesday.

With less than 24 hours before the offer closes, the bank failed to secure an anchor investor, which in turn dissuaded other institutional investors from supporting this part of the 5 billion euros ($5.2 billion) rescue plan, the sources said.

The bank needs to raise the money in the share offer and a separate debt-for-equity swap by the end of this month to avert being wound down by regulators, a move that would rock confidence in the euro zone’s fourth-largest banking sector.

The Italian government is expected to step in this week, possibly as early as Thursday, to bail out the Tuscan lender, Italy’s third biggest bank and the world’s oldest.

Monte dei Paschi had pinned its hopes on Qatar’s sovereign wealth fund investing 1 billion euros in its cash call, but that option is no longer on the table, said the sources familiar with the progress of the rescue plan.

A failure of Monte dei Paschi, which has been in crisis mode for years, would threaten the savings of thousands of Italians, though a government bailout might not protect them entirely. Under EU bailout rules, investors must bear some of the losses before taxpayer money can be used to save a bank.

Parliament earlier on Wednesday approved a 20 billion euro plan to prop up the wider banking sector, starting with a yet-to-be-disclosed investment in Monte dei Paschi.

Prime Minister Paolo Gentiloni’s new government is expected to meet on Thursday or Friday to issue an emergency decree to bail out the bank. This would expose the lender’s 40,000 retail bondholders to losses, a politically explosive move.

Under the private rescue plan, Monte dei Paschi has had to persuade retail and institutional bondholders to convert their notes into shares. However, even if the debt swap succeeds, the plan fails without the share sale raising sufficient funds.

The debt-swap offer ended on Wednesday and the bank is expected to release a statement with its outcome later in the day. The conversion had raised a total of 1.5 billion euros as of Tuesday and one source said it could beat the bank’s target of 1.8 billion euros. 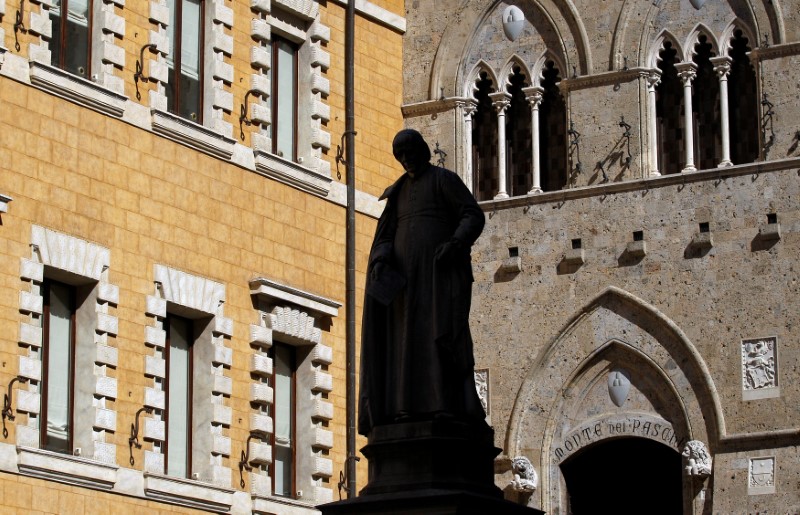