Home News U.S. News Even As Classes Shift Online, College Students Are Returning to Campuses Despite... 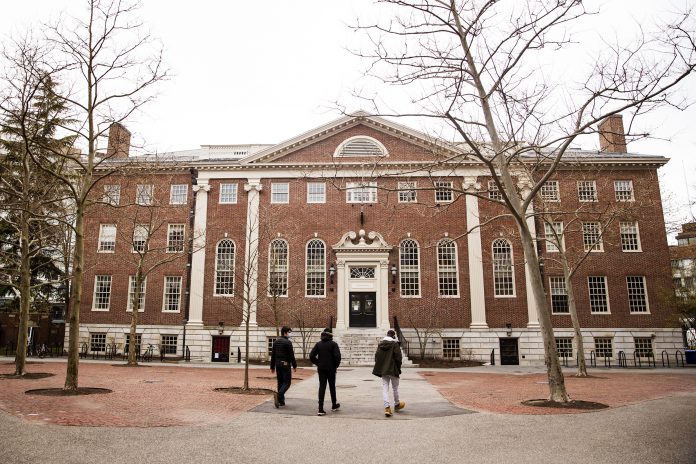 Sarah Hashim will start school as a transfer student at University of Illinois at Urbana-Champaign in less than a week. Despite the risks of a potential coronavirus outbreak and a sure-to-be limited social experience, she plans to be on campus.

“I want to be there. I’ve been planning to be there for two years, and it’s going to happen,” Hashim said.

But at the same time, as cases of COVID-19 tick upward in Illinois, Hashim said she believes it would be safer if fewer students were there. “If (the university) really cared about students, they wouldn’t have even opened campus.”

She admitted that the two positions appear to be at odds.

“It is a bit hypocritical of me to say that, but I’m going to try my hardest” to be safe, Hashim said. “I’m always going to be wearing my mask and be very clean. That’s all I can do. I can’t really control other people.”

As universities across the country invite their students back for the fall, students are torn between difficult and often conflicting interests. Only 9% of returning students and 13% of first-year students surveyed by a higher education research agency in late July said returning to campus to take all their classes online was their top choice for the fall.

But colleges are increasingly shifting classes online, even those branding the fall as a “hybrid semester.” And even among those who disagree with their college’s decisions to reopen, some students with mostly online classes are still moving back — often into off-campus housing outside of their universities’ jurisdiction.

They acknowledge they are looking forward to seeing friends, but also cite a variety of personal and financial factors.

Hashim made sure to enroll in one in-person laboratory class, though she could’ve taken her course load fully remote. She felt it was important to maximize the chance to connect with professors and conduct research, since such opportunities were limited at the community college she previously attended.

U. of I. senior Caitlin Battung is also planning on moving back into her off-campus apartment. Like Hashim, she thinks “it is irresponsible for the university to be open in any capacity, because that kind of gives people the OK or the invitation to come back to campus.”

But when Battung had to go home to Chicago last spring, she struggled to find a quiet place to study. She also had to help her younger siblings with their remote learning.

“I got a taste of being a student and the third parent, and it was a lot,” Battung said. “I think that lifestyle would really poorly impact my semester, so I’m going back to preserve my sanity and make sure I get some good grades.”

Battung, whose classes are all online, said she would stay in the Urbana-Champaign area even if the university fully closed. Plus, with campus open, she said she hopes to go back to her on-campus job.

In the last few days, the debate about reopening college campuses has become increasingly heated as widespread outbreaks linked to off-campus gatherings at the University of North Carolina at Chapel Hill and the University of Notre Dame forced the two schools to move to remote instruction.

But other schools such as Cornell University and the University of Michigan defended their reopening plans early in the month, pointing to a phenomenon Battung alludes to: some will come back to live in off-campus housing regardless of whether colleges are open.

Loyola University Chicago junior Sal Carfagno is one of those students. Though Loyola moved 99% of undergraduate classes online and closed its residence halls earlier this month, he recently moved back to Chicago from his home in New Jersey.

His off-campus lease doesn’t allow subleasing, Carfagno said. He came back because he’d have to pay for the space anyway.

Carfagno said in his social circles, the majority of his peers with off-campus leases are coming back to the city. Almost 30% of students surveyed nationally said they tried and failed to get out of their lease, according to a July study.

“Unfortunately, there’s not much wiggle room with that, because a contract is a contract, right?” Carfagno said. “There’s nothing that says if your school goes online then you can get out of your lease, because they’re running a business too.”

If students will be coming back to the area regardless, administrators at Cornell and the University of Michigan said, they believe reopening campus is the safest option. Cornell pointed to a recent study by its faculty that concluded administrators would have more control over student behavior, testing and tracing if campus was open.

When presented with this argument, Carfagno disagreed and said he still believes Loyola’s decision to close campus was the right one.

He said closing residence halls emptied the densest part of campus, where many of the university’s essential workers are needed. Not having in-person classes also means campus itself will be mostly empty even if students are in Chicago.

Loyola spokeswoman Anna Shymanski said the Cornell study “is specific to their location in Ithaca, N.Y., which does not compare to the significantly larger and more dense population of the city of Chicago.” Closing campus is “not only the right decision, but the only responsible one we could make to safeguard our community,” she said.

If Loyola reopened, Carfagno said he thinks students in residence halls would’ve had to be evacuated again. “It’s the same situation as last semester, you have to stop and go back home.”

Even with mostly online classes, it remains to be seen if the influx of students to off-campus housing will lead to the spread of COVID-19.

No matter how the semester plays out, Battung said she hopes that by hiding out in her apartment with her roommates, she’ll avoid the fallout.

“We will probably get sick of each other really quickly, so that’ll be fun being cooped up together,” Battung said. “But whatever campus life looks like for this fall, I think it’ll be better than being at home.”