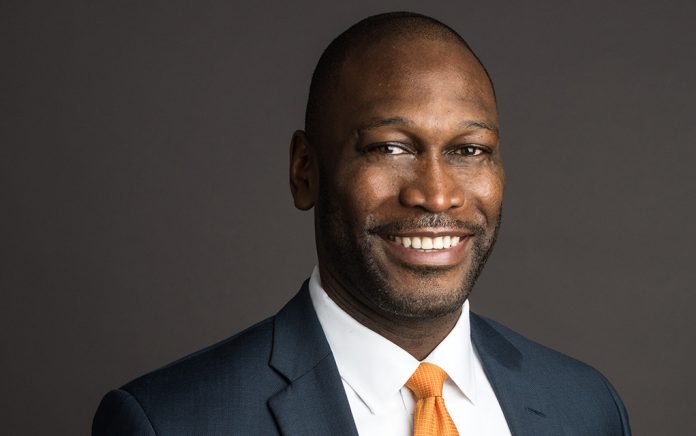 With projections that 56 percent of the U.S. population will be people of color by 2060, cities appear to be moving faster than corporations to reflect this growing racial diversity in the companies with which they do business. While New York City?s Department of Small Business Services was surveying minority and women entrepreneurs about their experience contracting with the city, I spoke with its commissioner about efforts to grow ethnically diverse businesses. WalletHub ranks New York City as the country?s fifth most ethnically and racially diverse city.

High on the department?s agenda is putting more Black- and Hispanic-owned businesses into the pool to provide goods and services to the city. Making sure that happens means assuring those businesses ?equity of opportunity? to compete for city contracts. Gregg Bishop, appointed SBS commissioner in 2015 after serving in the agency since 2008, leads the drive to do just that. He is spreading the word to organizations catering to African-American entrepreneurs, for example, about the department?s services, including its streamlined minority- and women-owned enterprise certification process, its bond readiness and goods and services mentorship programs, and its contract financing loans whereby companies access the capital they need to bid and perform on city contracts.

?We did an analysis [and found that] we need to do more to increase the number of Black and Hispanic companies that are certified.

The mayor wants to double the number of certified companies to 9,000 by 2019,

Bishop said in a telephone interview. ?We need to be visible in the community. Since becoming commissioner, I have been doing more awareness of our services and being more strategic in our outreach. I?ve made presentations at organizations that focus on African-American women; I work closely with the Caribbean-American Chamber of Commerce and the greater Harlem Chamber of Commerce; we?ve done a lot to sponsor Harlem Week events.?

Convincing small companies that the city is indeed committed to sending more business their way is not an easy task after 20 years of ?stops and starts and nothing tangible? in previous administrations, Bishop said. ?There is skepticism in the business community, particularly among Black and Hispanic business owners,? he confessed.

Mayor Bill de Blasio has changed the conversation, he noted, setting ambitious goals for certification and to award 30 percent of city contracts to M/WBEs, with a spend of $16 billion to such enterprises by 2025; establishing the Mayor?s Office of M/WBEs; and pushing legislation to increase the level of discretion that city agencies have in using M/WBEs.

?There are a number of tangible things that businesses now see and realize that the city is actually committed. We have seen a 79 percent increase in the number of applications we received for certification,?? Bishop said.

Maintaining the integrity of the M/WBE certification program is a priority. ?With so many benefits, we want to make sure companies applying for certification are the ones that should be certified. We have a whole unit responsible for audit and compliance,? Bishop said. ?It?s a very narrow band between 51 percent and 49 percent ownership. We don?t want to assume everyone is trying to game the system, but there is additional scrutiny on applications that have a 51-49 split. Auditors go out to these businesses to make sure the owner is an M/WBE. We also work with the city?s Department of Investigation. If we are informed [that there is fraud], we will start an investigation.?

There?s the department?s Corporate Alliance Program that gives Black and other minority businesses direct access to corporations in New York state, including financial institutions, utilities, and academic institutions, for mentoring and contract opportunities. ?These corporations have made a goal to increase their spend to small businesses. I don?t know of other cities that have that relationship with their private sector,? Bishop said.

Bishop meets with counterparts in other cities to share diversity best practices but admits he does not do so enough. ?We have a number of programs that could serve as models nationwide, such as the investment we made to provide technical services to M/WBEs and the work we?re doing for immigrant entrepreneurs,? he said.

?New York City is unique. We deal with issues that small countries deal with. Almost half of its small businesses are owned and operated by immigrants.?

CSR Matters: An evolving balance of people, purpose and profit