(Reuters) – EBay Inc <EBAY.O> reported a 3.1 percent rise in revenue for the fourth-quarter holiday period, offering signs of improvement at the company’s traditional marketplace business and sending shares up more than 8 percent in extended trading on Wednesday.

EBay, once synonymous with online auctions, has been revamping its platform to help it compete better with Amazon.com Inc <AMZN.O>, the world’s largest online retailer, as well as with brick-and-mortar sellers. That has meant a shift toward fixed-price sales and product landing pages, easier to navigate than the dozens of listings sellers could generate for a single good.

“It is a turnaround process for the company,” said BGC Partners analyst Colin Gillis.

EBay, based in San Jose, California, forecast revenue would rise to $9.5 billion in 2017, versus analysts’ average estimate of $9.36 billion, according to Thomson Reuters I/B/E/S.

“They are clearly confident about the way the business is trending,” said Edward Jones Research analyst Josh Olson. “It’s going to be a question of whether they can execute.”

The company’s outlook was not entirely rosy.

EBay forecast first-quarter adjusted profit of 46 cents to 48 cents per share, below analysts’ average estimate of 50 cents. Its forecast for full-year earnings of up to $2.03 per share also fell short.

“The various improvements the company is making are not, as of yet, generating significant traction with consumers,” said Neil Saunders, managing director of retail research firm Conlumino. “They are really about correcting deficiencies rather than putting eBay on an innovative footing.”

“We are making progress. That progress will take time,” Chief Executive Devin Wenig said on a call with analysts, pointing to eBay’s investment in mobile commerce and other areas.

The company said gross merchandise volume, or the total value of all goods sold on its sites, rose 2.2 percent to $22.34 billion in the fourth quarter.

It spun off its main growth engine PayPal Holdings Inc <PYPL.O> in 2015. 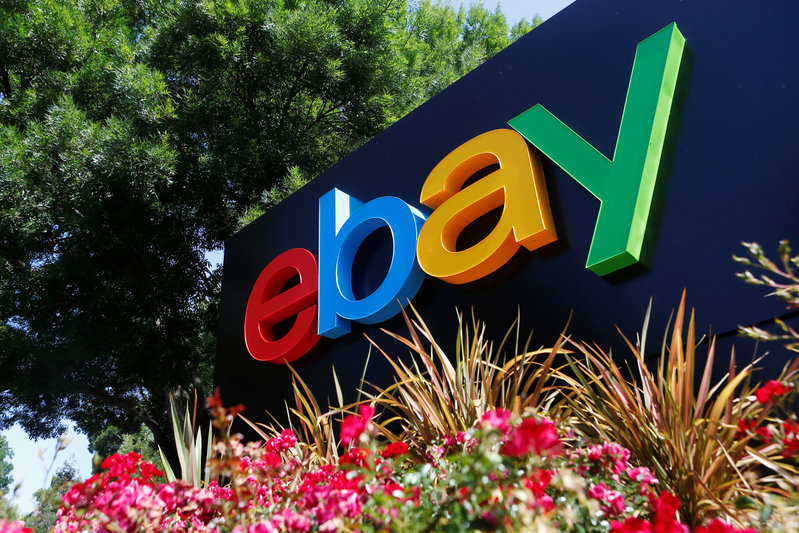