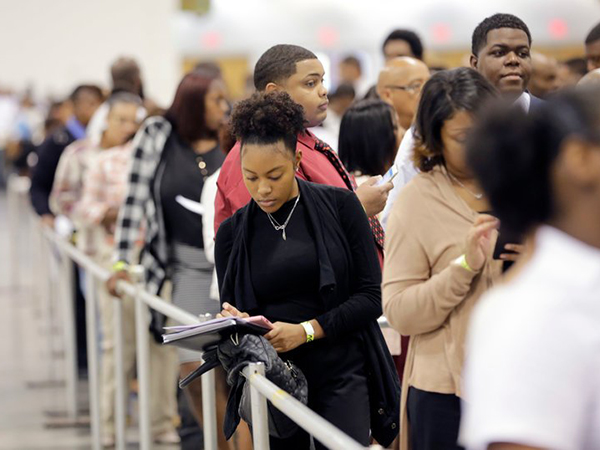 Despite the Trump administration’s current attempts at lowering taxes, it’s tough to look at our $20 trillion national debt without wondering when — and how high — rates eventually will have to rise.

It’s a question worrying people for years. David Walker, U.S. comptroller general from 1998 to 2008, asserted in a 2009 commentary for CNN that to avoid defaulting on the national debt, the federal government would likely have to double tax rates.

“Unless we begin to get our fiscal house in order, there’s simply no other way to handle our ever-mounting debt burdens except by doubling taxes over time,” Walker writes. “Otherwise, our growing commitments for Medicare and Social Security benefits will gradually squeeze out spending on other vital programs such as education, research and development, and infrastructure.”

Things haven’t improved since then. The Congressional Budget Office reports that America’s debt burden will nearly double over the next 30 years if current policies are maintained — and that poses “substantial risks for the nation.”

Meanwhile, for more than 30 years, American workers have been told that it’s in their best interest to put most of their retirement funds into tax-deferred savings accounts (401(k)s, 403(b)s, etc.). And in the land of instant gratification, you can see why the idea caught on: Savers receive an income tax break in the years they contribute, and they don’t pay taxes on the contributions and earnings until retirement — when they expect to be in a lower tax bracket.

But if tax rates increase significantly in the future, that strategy could turn out to be all wrong. The tax bite could be painful — and possibly devastating — to unprepared Baby Boomers.

Pre-retirees who see a storm coming already have started to restructure their retirement portfolios, using Roth IRAs (including Roth conversions), tax-exempt municipal bonds (which are federal income tax-free and state income tax free if originating in the state of residence), and life insurance to diversify out of tax-deferred accounts.

A Roth conversion takes the tax-deferred money in an existing qualified retirement plan (such as a 401(k) or traditional IRA) and moves it into an account that grows tax-free. There are no required minimum distributions (RMDs) at age 70A1/2, unlike with traditional IRAs. And, after a five-year waiting period, all distributions of income and gains are tax-free as long as you’re 59A1/2 or older. This conversion could potentially put you in a higher tax bracket for the year, so be sure to talk it over with your financial adviser.

The income limit on conversions was removed in 2010, so anyone can convert a traditional IRA to a Roth IRA.

You must pay income tax on the amount you convert, but you aren’t required to move all the money at once. You can convert as little or as much as you wish each year, subject to the custodian’s limits. If you do the conversion over several years, you likely can avoid moving into a higher tax bracket, and you might not trigger the Medicare premium surtax or a tax on your Social Security benefits. (Your goal should be to not use funds from your IRA distribution to pay the taxes, because that will lessen the value of the conversion strategy, and because the funds withheld to pay taxes do not go into the Roth account, they are treated as a distribution rather than a conversion. If you are under 59 A1/2, you’ll owe a 10% penalty on the taxes paid.)

A Roth conversion might be especially advantageous in a year when you have more deductions than usual on your tax return or a temporary decrease in your income.

A Roth conversion is a popular choice right now, but it isn’t the only option. Rather than continuing to place all or part of their nest egg into a tax-deferred account, we’ve seen some savers redirect part of their funds into an Indexed Universal Life (IUL) insurance plan. The benefits can be considerable: tax-deferred growth, no contribution limits, income tax-free distributions, no penalties for withdrawals before age 59A1/2, non-reportable income, no RMDs and a potentially income tax-free legacy (with the death benefit).

In his book, “The New Rules of Retirement Saving: The Risks No One Is Telling You About … And How to Fix Them,” Martin Ruby, a former actuary, describes in detail the strategy of converting an IRA to an IUL policy, which can significantly reduce taxes paid over many years through RMDs and the resulting taxation of the RMD money reinvested into taxable accounts. Ruby provides specific examples of how the strategy can be applied. Your adviser should be able to walk you through the pros and cons.

There’s an old Morgan Stanley ad that says, “You must pay taxes. But there’s no law that says you gotta leave a tip.”

It’s important to remember that deferral postpones taxes, but it doesn’t eliminate them. Eventually, Uncle Sam will want his share of the money you’ve been saving — and he can change the rules for how he gets it at any time.

That’s why many investors are looking at ways to put their own tax efficiencies in place — with strategies that will last their lifetimes.

If you’re worried about the money that’s piling up in your tax-deferred retirement plan, talk to your financial adviser and a tax professional about creating a tax-efficient strategy for the future.

Pres Obama to Spend His Afternoon Focusing on Ferguson