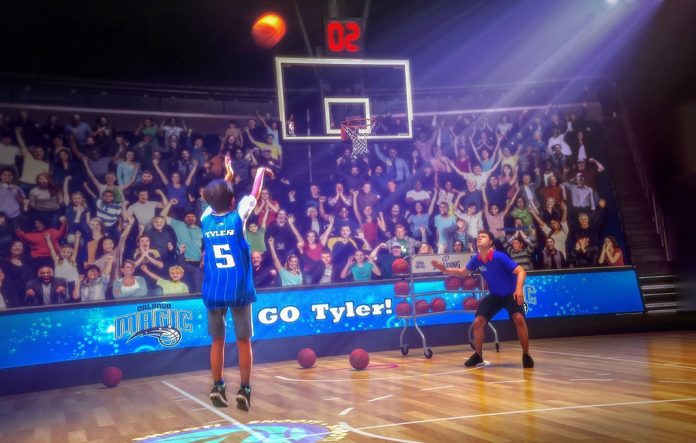 NBA Experience, a basketball-driven attraction at Disney Springs, will open to the public on Aug. 12, the company announced during a game between the Orlando Magic and the Philadelphia 76ers at Amway Center in downtown Orlando last week.

The new experience will include virtual and real-life play, including some re-enactments of key professional basketball moments, such as slam-dunk challenges or walking through the players’ tunnel before tipoff.

Previously, Disney’s announced timeframe for NBA Experience was merely some time this summer.

The two-story, 44,000-square foot structure is currently under construction in the West Side section of Disney Springs. It’s going up across from House of Blues, where DisneyQuest operated for several years.