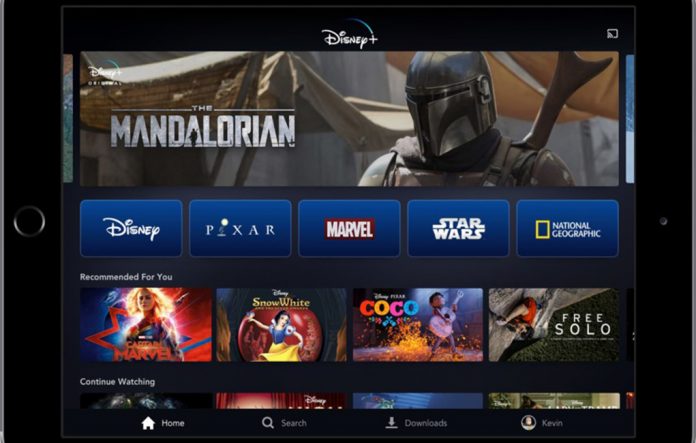 Even before the launch of Disney +, Wall Street analysts wondered: Will it dethrone Netflix? How many people will ditch Netflix for Bob Iger’s moon-sized battle station of branded content?

Netflix has long said it could withstand the onslaught of competition from Disney and other streamers because of its compelling, seemingly never-ending lineup of original shows and movies. Others have worried that the rise of powerful rivals could loosen Netflix’s hold on its 60 million U.S. consumers.

Thanks to a new report, we’re now getting some idea of how many may have defected from Team “Irishman” to Team Baby Yoda.

About 1 million Netflix subs made the switch last month, following the Nov. 12 Disney+ launch, according to a survey results released Wednesday by brokerage Cowen & Co. The firm estimated that 6% of Netflix subscribers who signed up for Disney+ canceled their Netflix memberships after doing so. Cowen based its estimates on its survey of about 2,500 people.

That may sound like a significant number, but Cowen analyst John Blackledge described the subscriber churn as “manageable” for Netflix. The Los Gatos, Calif.-based company should be able to deflect the blow with original shows and movies including “Marriage Story,” “The Two Popes,” “6 Underground” and “The Crown.” Earlier this month, Netflix said 26.4 million households watched “The Irishman” in its first week on the platform.

A certain amount of cancellations was to be expected, he wrote, given the aggressive marketing campaign for Disney+, which boasts unprecedented streaming access to content from Pixar, Marvel Studios, “Star Wars” and National Geographic, along with other attractions such as Disney Channel shows and “The Simpsons.” Many people were also likely enticed by freebies, including year-long subscriptions through Verizon data plans.

“The incremental churn uptick appears reasonable given the Disney+ launch, which has been highly publicized and includes various marketing programs,” Blackledge wrote. He added, “(W)e point out that (Netflix’s) content slate is strong, including several high-profile feature films and returning episodic programs.”

In other words, the sky doesn’t appear to be falling yet. However, competition will continue to ramp up as AT&T’s HBO Max and NBCUniversal’s Peacock prepare to launch with great fanfare in the spring.

Netflix declined to comment, but has frequently told investors that the streaming market is vast enough for more than one player to succeed. Disney did not respond to a request for comment.

While Disney has touted the early success of its streaming offering, it’s still not clear how many people are paying the $6.99 a month the company is charging. (Disney also offers Disney+ for $70 for a full year, and $12.99 a month for a bundle that also includes ESPN+ and ad-supported Hulu.)

Disney said last month that the service attracted 10 million sign-ups, but did not specify how many people are using it for free. The company does not plan to give updates outside its quarterly earnings calls. Disney also has withheld information on how many users are watching new shows including “The Mandalorian,” about a masked bounty hunter who goes rogue.

Cowen estimates that about 24 million people have Disney+ subscriptions. About a third of those customers are using it with a free offer, Cowen said. Analysts had been expecting roughly 20 million would subscribe by year’s end.

Either way, it’s a strong launch for Disney+, which is aiming for 60 million to 90 million subscribers, globally by fiscal year 2024.

Some States Report a Decline of SBA Loans Granted to Black...