Home Personal Finance Taxes Did Your Tax Preparer Just Take a Cut of Your Refund? Here’s... 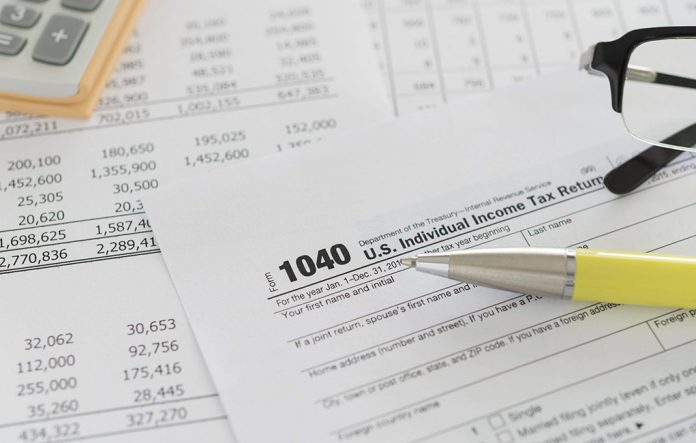 Ernest Sumpter, 68, tells a tax-time tale that should give anyone pause before handing over a Social Security number and other information to a stranger who offers a deal on doing your taxes.

Sumpter lives in a seniors apartment complex in Detroit not far from Wayne State University where a woman essentially went door-to-door offering to prepare tax returns.

“She was charging the seniors $50 to do their taxes,” Sumpter said.

The woman, who was in her 40s, dressed well, drove a nice car and looked professional. She had built up a friendship with another tenant in the building, a relationship that ultimately opened doors for her.

“She got close to one of the seniors so she could vouch for her,” said Sumpter, who retired after working at a local manufacturing plant that made auto parts.

Since the woman seemed genuine and other people liked her, Sumpter paid $50 for filing his 2017 state income tax return to get a state refund based on the Home Heating Credit and the Michigan Homestead Property Tax Credit.

All seemed to work out OK.

But last year, he said, the woman filed a 2018 state tax return on his behalf without his knowledge. She — not the state — sent him a check for around $700.

He called her up to find out what was going on. And then he called the state to dig into the situation a bit further. After all, he never signed a return. Only then did he discover that he was actually supposedly paid around $900 — not $700.

He figures she pocketed around $200 when she apparently had the refund sent to her account first.

“I didn’t get it. She sent it to her account and then sent me a check,” he said. “She just did it on her own and brought me a check.”

Others from his building express frustration at seeing someone ripping off seniors, too.

“We don’t have a lot of money and for someone to come and play us like that, that’s really a bad thing,” said Rosaline Johnson, 64, who lives in the same senior complex in Detroit.

CAN YOU TRUST YOUR TAX PREPARER?

While many legitimate professionals prepare taxes, the IRS has been warning consumers to be careful when it comes to dealing with unethical preparers and fly-by-night outfits.

Johnson and Sumpter told their story as part of a media event to outline the risks of running into a bad preparer. Participants included the Internal Revenue Service, the Better Business Bureau, the Accounting Aid Society, the Michigan Department of Treasury and the Detroit Police Department.

Sometimes a con artist will keep repeating the same old tricks and won’t be easily caught — such as the ongoing story of the door-to-door tax preparer in Detroit.

“Unfortunately, this woman is back on the street and going door to door already,” said Laura Blankenship, director marketing of the Better Business Bureau Serving Eastern Michigan & the Upper Peninsula.

She said the BBB heard about the bad preparer at one of its events for seniors in Detroit. Sumpter is working with a legal aid attorney to seek some justice.

Taxpayers are warned to choose their tax preparers carefully. Don’t just trust someone who is making big promises — or is the friend of a friend. Don’t get taken by outlandish promises on social media where some preparers claim to get you the biggest tax refund possible.

HOW TO SPOT A SCAM ARTIST

“You want to stay away from people who are showing big buckets of cash,” said Sarah Kull, the special agent in charge for IRS Criminal Investigations Detroit Field Office.

The IRS already has spotted all sorts of wild ads on social media. Sometimes, someone is holding a supersized refund check to promote a given tax preparer.

But is the tax preparer really going to take time to find out whether you have a mortgage and could itemize deductions? Will the taxpayer even ask to see your paperwork? Does the preparer even care if you have children?

“You want to make sure they’re asking for your W-2s,” Kull said.

Sometimes, a fraudulent preparer will even go so far as to claim you have dependent children — when you’re single and childless — to wrongly try to generate a large refund by claiming the Earned Income Tax Credit.

“All of a sudden, they have two kids when they have none,” Kull said.

Make sure the tax preparer that you paid signs the return, too.

The IRS warns that “ghost” tax return preparers will refuse to sign the tax return they prepare for you. The unscrupulous preparer will print the return and tell you to sign it and mail it to the IRS in many cases. For an e-filed return, the preparer may refuse to digitally sign it as the preparer.

Other bad signs: The preparer may only accept cash and not provide a receipt.

HOW BAD ACTORS MAKE THEIR MONEY

The bad preparer might make money by getting repeat business, charging outlandish fees or even cooking up a scheme where they take their payment based as a percentage of your tax refund.

Some bad actors will direct that refund into their own bank account, not yours. You might end up with some of the money or nothing at all.

Watch out to make sure that a “ghost” preparer doesn’t put his or her bank account information on your tax return.

“Basically their incentive,” Kull said, “is to make more money for them.”

Taxpayers need to do their own basic research about tax laws. It’s also wise to research a tax preparer — not just go with anyone offering a super deal. You don’t want your personal information to get in the hands of fraud rings that might later file fake returns using your information as a way to generate phony tax refunds for the crooks.

Sometimes, a preparer can just do shoddy work, even if they’re not trying to cheat the system.

The State of Michigan has seen tax returns filed by preparers who didn’t completely or accurately fill out the form, according to Sarah Rusnell, the taxpayer outreach coordinator in the Michigan Department of Treasury.

“That can lead to the taxpayer paying too much and not getting the refund that they are owed,” Rusnell said.

In general, the IRS notes that unscrupulous preparers tend to frequently prepare bad returns for a large number of people. The taxpayer, at best, could end up being stuck paying any additional taxes owed and interest. And at worst, the taxpayer, depending on culpability, would be subject to penalties and maybe even criminal prosecution.

Remember, anyone who prepares federal tax returns professionally must have a valid “preparer tax identification number” or PTIN. And tax filers should ask about the PTIN. A paid preparer must sign the return and include that PTIN on the tax return.

And tax filers should make sure that any professional preparing their return signs that return to indicate that the tax return was prepared by someone else.

The IRS has a “Directory of Federal Tax Return Preparers with Credentials and Select Qualifications” online at www.irs.gov that can help research preparers. The site also explains the different professional credentials and levels of expertise, including enrolled agents, certified public accountants, and annual filing season program participants.

Taxpayers can report misconduct to the IRS using IRS Form 14157.

If a taxpayer suspects that a tax preparer filed or changed their federal income tax return without their consent, they should file Form 14157-A.

More than half of the federal income tax returns filed in Michigan last year were signed and filed by tax professionals, according to Luis D. Garcia, an IRS spokesperson in Detroit.

But he warned that using a bad preparer — one who makes fraudulent claims — is going to create major problems and headaches for the tax filer.

“They’re going to leave you with a big mess to clean up,” Garcia said. “Remember, you sign it, you own it.”