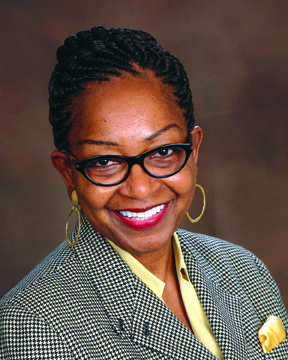 Diane L. Waller?s road to Wall Street runs from the 1960s tumult of Trenton, New Jersey, her childhood home, to the corporate offices of Bank of America Merrill Lynch, where she is a senior vice president of Global Regulatory Compensation. She had never taken a business course prior to employment, but has administered the bank?s long-term incentive compensation programs for million-dollar clients with aplomb. Previously, at The Bank of New York, she oversaw the design and delivery of corporate trust, public offerings, stock transfers and privatizations.

Waller acknowledges that sponsors, mentors and peer feedback helped her to gain traction and accelerate her career. ?Nothing moves you along your career path as fast as a supportive network. The sooner you can convene one, the further you?re destined to go,? she says. She recalls a moment when she seemed to be at a career impasse. A colleague suggested that she ?act as if? her outstanding work deserved recognition and compensation. She took the advice and shortly afterward scored a promotion and a monetary merit increase. She now admonishes others to ?maintain an appropriate sense of entitlement for their exceptional work, and make no apologies for their successes.?

Waller received a Bank of America Global Recognition Gold Award in 2011 and 2014, and numerous special achievement awards from Merrill Lynch. ?Mediocrity was never an option. My mother would say, ?shoot for the moon; if you miss, you?ll still be among the stars,?? she says.

A Howard University graduate, Waller wants to leave ?a legacy of excellence? on which her daughter, Trei VenClaire Tiggett, as well as her daughter?s generation and the next can build. She volunteers more than 70 hours a month conducting community Bible studies, teaches financial literacy at local schools and works with youth through the Big Brothers Big Sisters organization.

The Power of Choice