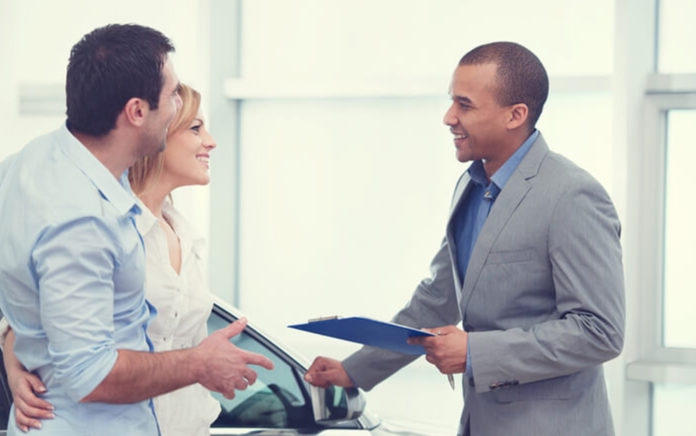 Far too many salespeople build their own obstacles to success. Either they fabricate mistaken beliefs about their prospects and allow them to influence their behavior, or they overestimate the burden they face when trying to hit a particular set of numbers over a given interval. Almost invariably, these beliefs are wrong, but the salesperson can’t be convinced, because there isn’t enough success on the opposite side of the balance sheet.

The plan for sales is simple. Your plan is your goal. It really is simple. Sales is applying a conversion rate to a list of prospects. It doesn’t make any difference what the product is or how much it costs. As long as you have a conversion rate that is greater than zero, and you have prospects, sales are inevitable. It’s simply a numbers game.

Numbers games are willpower in its purest form. Math is absolute. It is inviolable. It is exact and provable. If your historical conversion rate is four percent, that means for every 100 people you pitch, four will buy. Now, that’s not to say your conversion rate might not fluctuate, and it’s not to say you might pitch 100 people without any sales.

But the fact is if you have a four percent conversion rate, four out of every 100 people you pitch will buy. If you make a dollar on each sale, and you want to make $100, then you need to pitch 2500 people.

That’s a plan. Executing it is what requires willpower.

Want to improve your willpower and your consistency in executing? Find others who are doing what you are. Spend time with them. Offer advice and listen to what they have to say. The exchange of ideas may give you insights you would have otherwise missed. The more you listen and the more often you make proposals and offer ideas, the faster you will be able to polish and perfect your sales plan. The better it gets, the easier it will be for you to execute on it.

There’s a reason the armed forces insist on a meticulously timed work day. Precise scheduling makes people more efficient and makes it far less likely productive effort will be interrupted. Unscheduled work days, on the other hand, are far more likely to meander, with not enough time being devoted to important things and far too much time being devoted to trivia.

In sales, this can be insidiously destructive, because it saps income invisibly. Weeks later, when the money isn’t there, it is difficult to make the connection to the disrupted time schedule from many days or weeks ago, and the cycle becomes likely to perpetuate itself.

Set a consistent time every day for sales and execution of your plan, and you’ll find that the effort required to stay on task will decrease.

The key thing to remember is your plan is your goal. Applying the principles of good execution to that plan produces results. From there it’s a dogfight with the top ten percent to determine who is going to win. But remember, even if you lose to that last ten percent, you’re still at the top of the list.

Inclusion Revolution: The Essential Guide to Dismantling Racial Inequality in the Workplace

When Your Child Forsakes The Family Business

The Right Way To Invest In A Startup

How Reactive Entrepreneurs Can Prepare for the Future of Business