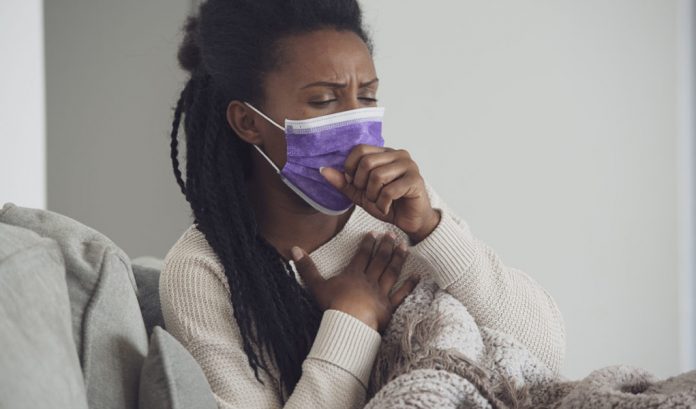 COVID-19 is more likely to kill black Americans, and for those that survive, the pandemic will take a devastating toll on their jobs and future earning potential, a new McKinsey & Co. report finds.

Black Americans are about 30% more likely than white Americans to have health conditions that exacerbate the effects of the virus, such as hypertension and diabetes, the report published Tuesday says. Black workers are also overrepresented in high-contact essential services, making up 33% of nursing assistants and 39% of hospital orderlies. “Black workers are putting their lives and health on the line,” the report reads.

The black community will also probably take a disproportionate hit from the economic fallout of the pandemic. A nationwide lockdown has put more jobs held by black people at risk, the report finds. They are almost twice as likely to live in the counties and work in jobs at the highest risk of immediate and long-standing economic disruption. An estimated 39% of jobs held by black workers are at risk, compared with 34% for white workers, McKinsey says.

“There’s this link between the higher likelihood of infection and then also the precariousness of the livelihoods of black Americans,” said Shelley Stewart, a partner at the consulting firm and one of the authors of the report. He urged for the collecting and release of more data on both issues. “If the tracking comes at the very end, and we say, ‘Oh wow, that wasn’t fair,’ it’s not really helpful,” he said.

Some cities and states have disclosed racial health outcomes that, in many cases, have shown black people are dying at rates disproportionate to their percentage of the population. A preliminary report from the U.S. Centers for Disease Control and Prevention found black people made up 33% of all hospitalizations, more than double the demographic’s share of the U.S. population. In New York, the epicenter of the outbreak, as of last week, black people in the state made up 18% of deaths while comprising just 9% of the population.

“Racial inequality is highlighted when you’re going through a plague,” said Arthur Caplan, who directs the NYU Grossman School of Medicine’s program in medical ethics. “Coronavirus didn’t create these issues, it emphasizes the differences we usually ignore.”

Jason Wright, a co-author of the McKinsey report, said “there are actions that the public, private and social sector can take now” to help deal with the racial inequities, such as more widespread testing. People who live in predominantly black neighborhoods have been less likely to get tested, a recent analysis from an economist at the Harvard Kennedy School found. Those who were able to access services were more likely to get a positive diagnosis, according to the working paper published by the National Bureau of Economic Research.

On Saturday, Admiral Brett Giroir, President Donald Trump’s testing czar, said the administration is discussing adding minority groups to the priority list for testing. “We are considering expanding that group. That’s an active discussion,” he said. “My opinion is we probably need to be more explicit about minorities being a high priority, because they may not know they have hypertension or diabetes or other things.”

On the economic front, the McKinsey authors suggest hazard pay for essential workers and ensuring that the government’s $2 trillion stimulus makes it to black workers and business owners. Senate Democrats have proposed up to $25,000 in pay for those working on the front lines.

Before the pandemic, black Americans faced an earnings gap, with black women making, on average, 62% of what white men do. That makes it harder to save when a financial downturn like this happens. A survey from Data for Progress found that 62% of African American respondents expect to have issues covering their costs within the next month, and 45% have already lost their job or had hours cut because of the crisis, compared with 48% and 31% of white respondents, respectively.

“Savings are non-existent,” said Portia Green, a 43-year-old bartender who lives in Harlem. Both she and her husband lost their jobs due to the coronavirus outbreak.

Dennis Mitchell, who had to close down his barbershop in Harlem because of social distancing directives, applied for a small business loan. When he applied, he wasn’t optimistic about getting help.

“They just gave me a receipt and said I’m number three million or something,” he said. “And now I’m hearing that it’s first come, first served.”

A Piece of Harlem History May Be Gone Forever