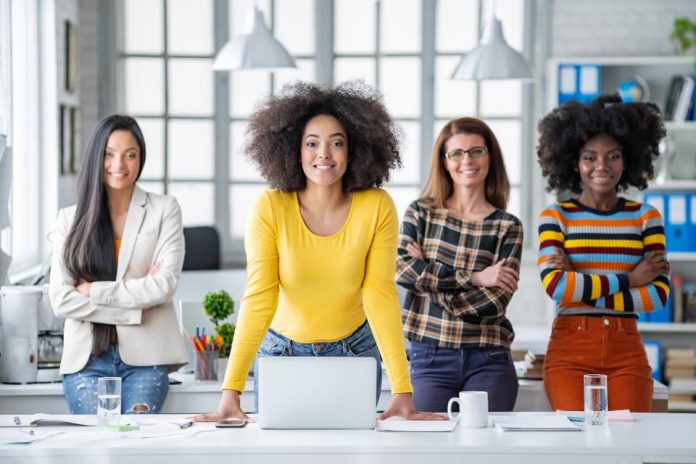 The COVID-19 pandemic is further exposing the financial inequities between men and women and is threatening to undo the few steps forward women have taken over the past several decades in the workforce and in their bank accounts.

As of December 2019, women held more jobs than men, but on average, women still face a pay gap of 82 cents to the dollar and an even more dangerous wealth gap of 32 cents to every dollar owned by a man. Women are already financially behind, and the virus is having a disproportionately more painful impact on women in terms of job loss, reduced savings and mounting debt, creating serious financial headwinds for women.

According to the National Women’s Law Center, women and minorities are much more vulnerable during times of job loss. Two-thirds of minimum wage workers in our nation are women, many of whom are moms with a higher risk of layoffs, and few enjoy paid leave or health insurance. These women typically have less tenure due to movement in and out of the workforce to care for young children or aging parents. This lack of tenure, combined with lower-ranking positions, stacks the decks even further against women, who lose their jobs at disproportionately high rates during times of financial downturns.

The majority of those filing for unemployment due to COVID-19 are women. According to Pew Research, women lost 11.5 million jobs compared to 9 million men from February to May. Since the outbreak hit, nearly one in five women report that they have lost their job, and of the 700,000 jobs lost in March 2020, 60% impacted women. With job losses in March falling disproportionately on women, women no longer surpass men on U.S. company payrolls. This is not the first time that women’s careers have been derailed due to layoffs. During the Great Recession from 2007-2009, 12.5% of women lost their jobs, compared with only 8.8% of men.

Even before this crisis, women were paid less than men, and as a result, women contribute less to their 401(k)s than men. According to the 2019 T. Rowe Price Retirement Savings and Spending study, millennial women are contributing only 6% of their salaries to their 401(k), versus 8% for men. The percentage improves slightly for boomers, but women still trail their male peers, saving only 8% versus 10%. It remains to be seen if those savings figures will decline, and if the gap will widen in 2020, due to the pandemic.

The harsh reality is that because women are paid less than men, they have less in savings and fewer dollars to fund their golden years. According to the 2019 Bank of America Merrill Lynch Workplace Benefits Report, women come to retirement with $70,000 less than men. The severity of the situation becomes apparent when you realize that women live an average of five years longer than men and have significantly higher medical costs in older age. If anything, women should be starting retirement with much more padding in their nest eggs.

While the CARES Act offers immediate relief in the form of allowing Americans to withdraw up to $100,000 from a retirement account (IRA, 401(k), etc.) without having to pay a 10% penalty, doing so is even more dangerous for women. As we’ve seen, women are already behind financially. Taking money out of your retirement account leaves less for the future and locks in your losses, as most retirement plans have taken a hit due to recent market declines. The dollars that you take out now to pay current bills will miss out on the market recovery that we expect over the next several years. This is a Band-Aid solution that does not address the real issues and realities that make women economically vulnerable.

Hopefully, this will eventually return to normal. However, the heightened financial stress that COVID-19 has placed on women can serve as a catalyst for incorporating healthier financial practices. For example:

— Cut unnecessary expenses, such as subscription services or services you’ve learned to do on your own while in quarantine.
— If you’re planning on purchasing any big-ticket items this year, make sure you look at multiple companies and do your research on the best prices.
— And maybe most important, begin tracking your new monthly expenses. You want to be aware of where your money is going so that you can eventually have more control over where you want your money to go.

While COVID-19 has exposed that systematic gender-inequality persists in the workplace, we can still act on things within our control to better prepare for our financial future.

Randall Robinson’s Fight for Justice for Mandela and South Africa

Auto Insurers are Issuing $7 Billion in Coronavirus Refunds. See if...