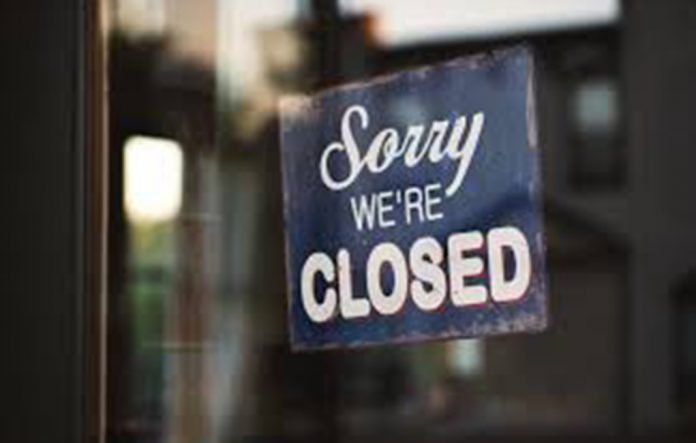 The sudden, devastating rise in U.S. joblessness during the coronavirus crisis has evoked images from the Great Depression — abject destitution leading to bread lines and apples sold on street corners, and so on.

Comparisons of the surging unemployment rate to that of the 1930s have become commonplace: “Coronavirus could lead to the highest unemployment levels since the Great Depression,” declared Vox in an example picked at random.

Economist Miguel Faria-e-Castro of the Federal Reserve Bank of St. Louis raised eyebrows and blood pressures with what he called a “back of the envelope” projection of a 32.1% unemployment rate for the second quarter of this year. That would exceed the peak of 24.9% reached, according to some estimates, in 1933.

Faria-e-Castro’s paper came out on March 24, before the most recent statistics showing 10 million applications for unemployment in the last two weeks, and Friday’s report from the Bureau of Labor Statistics showing that more than 700,000 jobs were lost in March, driving the unemployment rate to 4.4% from 3.5% the previous month, the largest single-month jump in five decades.

His estimate assumed that almost all furloughed workers would lose their jobs, and didn’t account for fiscal stimulus, including loans to small businesses to maintain employment or enhanced unemployment benefits, already enacted.

Still, labor economists are largely unanimous in calling the toll already seen unprecedented. “This kind of upending of the labor market in such a short time is unheard of,” observed Heidi Shierholz of the labor-oriented Economic Policy Institute.

The numbers paint a picture of an economy in deep distress, and point to more pain to come as the impact of stay-at-home mandates grows. Two-thirds of those losses were in the leisure and hospitality sectors, which have been especially hard-hit by the crisis.

Yet without minimizing the scale of the economic plunge, it’s proper to place comparisons between today’s figures and economic situation and those of the Depression in perspective. In short: The differences are greater than the similarities.

First, although the causes of the Great Depression are still debated by economists, the conditions underlying the current slowdown are plainly unique. They arise from a deliberate freeze of economic activity designed to protect public health.

The conditions leading to the Depression developed over a longer period — by some reckonings, a decade or more — and reflected structural flaws in the global economy that had gone undetected in the years following the World War I armistice.

The Depression and subsequent recessions resulted largely from economic factors, such as the 2007-2008 Great Recession, which was triggered by the housing crash of 2008 and its impact on the credit markets, and the 1981-1982 recession, which was prompted by the Federal Reserve’s deliberate contraction of the money supply to clear inflation from the U.S. economy.

Although the length and extent of the current freeze is hard to gauge from today’s vantage point, it’s surely temporary — it could be lifted almost as quickly as it was imposed. The prospect of a return to normalcy in weeks or even months could moderate consumers’ inclination to stop all their spending indefinitely.

The U.S., like other advanced economies, also has tools to manage the economic downturn that didn’t exist until relatively late in the Depression or even later. At the most fundamental level, we have a clearer picture of the economy itself than existed in the 1930s.

In that era employment and unemployment statistics weren’t compiled in real time. Unemployment rates for the 1930s, for example, were reconstructed by economists — in the 1960s and 1970s, amid disagreements over whether workers on New Deal work relief programs should be counted as employed or unemployed.

The nation had only rudimentary tools of monetary policy through a largely toothless Federal Reserve Board. The Fed’s attempts to quash stock market speculation via moral suasion prior to the 1929 crash were regularly flouted by bankers, especially Charles Mitchell of National City Bank (precursor of today’s Citgroup), who fed the speculative boom with liberal margin loans.

The New Deal started the process of Fed reform, converting the institution into a modern central bank with firm authority over the banking system and over monetary policy. In the last few weeks, the modern Fed has used its authority aggressively to ensure liquidity in the credit system and soundness among its supervised banks.

The U.S. economy today benefits from programs that kick in automatically to moderate downturns by funneling money to consumers. They include food stamps — formally the Supplemental Nutrition Assistance Program, or SNAP — which provide households with more food assistance as their income declines.

The most important automatic program may be unemployment insurance, another Depression-era artifact.

Old-age pensions were a secondary goal during much of the drafting period; only a few weeks before its completion in 1934, President Roosevelt publicly stated, “I do not know whether this is the time for any Federal legislation on old-age security,” though he said he hoped that might happen “in time.” An uproar among social insurance experts persuaded him to reverse his stance promptly.

The unemployment insurance provisions in the Social Security Act arose from programs already launched in Wisconsin and Ohio, which levied assessments on workers and employers. The act ultimately created a hybrid state-federal system with an annual federal appropriation of $49 million. That’s the structure that exists today, which is what gives Congress the ability to increase unemployment benefits when economic conditions warrant.

As the massive increase in unemployment benefits enacted on March 27 shows, the major difference between America today and 90 years ago is the willingness of the government to use the tools it’s been given. The coronavirus rescue program includes a $600 weekly unemployment stipend on top of the maximum benefits set by each state, to remain in place through July 31.

That’s enough to provide some workers with more than they were earning on the job. But the increase is aimed at encouraging workers who have a choice to stay home to reduce the spread of the virus, as well as to ensure that they can feed their families and pay rent while their employers are shut down.

That’s not to say that the U.S. is free of Depression-era economic thinking. One flaw in the American system that has persisted since the 1930s is its fragmented healthcare system, which has left some 30 million residents without any health insurance. That could open a major hole in finances for households suffering from COVID-19, the disease caused by the new coronavirus.

The Great Society programs Medicare and Medicaid, which provide coverage for seniors and low-income families, have patched some of these holes, and the Affordable Care Act, enacted in 2010, has improved access to coverage for more low-income households and others without access to employer-sponsored or public coverage. But the crisis shows the urgency of moving toward universal healthcare.

Economists and policymakers believe that households may need more help, depending on the length and depth of the virus-induced shutdown. The speed with which Congress and President Trump acted to create an economic cushion for families and businesses hints that they’ll respond with further rescue and economic stimulus packages.

The trillions of dollars in stimulus already enacted far outstrip the roughly $800 billion mustered in 2009 to counter the Great Recession. The chief legacy of that event and the Great Depression may be the recognition that when faced with an elemental economic disruption, it is better to overreact than underreact.