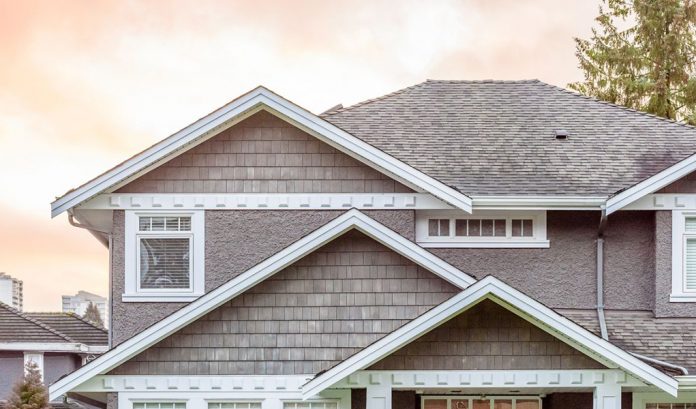 The coronavirus is going to change the way we work whether we like it or not — at least for the short term and maybe longer. To take just one example: Twitter said it would let employees work from home even after the COVID-19 crisis has passed. Although it’s too early to say how much of a lasting change in work culture we’ll get, even a temporary shift such as this should be great news for residential real estate in at least two types of communities: the exurbs of high-cost coastal cities and second-tier cities with similar amenities but more limited job markets than their larger coastal peers.

A shift to work from home helps to lift the constraint of physical proximity for workers with certain kinds of jobs, allowing them to consider a wider range of places to live than when they had to be in the office five days a week. This has benefits both at the individual and the collective level. In a region such as the San Francisco Bay Area, with lots of tech jobs but expensive and limited housing, the average commute time is 32 minutes. If a person there worked from home one day a week, that’s an hour a week not spent commuting. If these practices are adopted by most white-collar employers, that would take a lot of vehicles off the road during peak commuting times, reducing congestion and shortening drive times for everyone else.

Reduced commuting and less traffic in a region makes living in the exurbs more appealing than it otherwise might. Workers can get more house for their money without having to make the sacrifice of long daily commutes. In a corporate culture where working from home is standard, it might also mean housing preferences change. A home office, or a “Zoom room,” might become as standard in the exurbs as a two-car garage.

Some companies might take this even further and embrace large-scale remote work, allowing employees to live anywhere that has a fast internet connection. The biggest beneficiaries here will probably be metro areas with similar cultures and amenities as the higher-cost coastal regions people are leaving, but have lower housing costs. John Burns Real Estate Consulting has been highlighting shifts in the strength of various housing markets since the onset of the crisis and it has identified the five best housing markets at the moment as Salt Lake City; Austin, Texas; Nashville, Tennessee; Raleigh, North Carolina; and Tampa, Florida. That list could grow depending upon how powerful the dispersion trend becomes as the economy recovers, extending to additional midsize metro areas in the South and West.

If there’s a loser here, it’s the real estate and businesses whose value stems from proximity to the job centers in pricey metro areas. Dry cleaners, lunch spots and bars close to offices will suffer if there are fewer workers in the area. Prices for housing, particularly older, lower-quality housing, that’s close to offices may decline as well. Commercial office valuations may also fall if companies reduce the amount of space they lease.

Recessions and downturns are always a chance for companies and individuals to cut costs where they can. If remote work is as productive as in-office work, it gives companies the chance to save money on office space and possibly on labor (provided they will be able to pay workers less to live somewhere cheaper).

A large scale adoption of this trend could both reduce geographic inequality and fuel economic growth. So many of the fruits of economic growth during the past generation have gone to knowledge workers in cities such as New York and San Francisco. But because the housing stock in both cities is relatively limited, much of the increase in wealth in those areas has gone to the owners of real estate. This has led to soaring rents for residents, negating the broad-based spillover effects that should have benefited the rest of the community from all that wealth creation.

But if higher-paid knowledge workers are able to move to places with lower housing costs, there will be money left over that isn’t going to paying the rent or mortgage. It means more money can be spent on dining, travel, leisure and other labor-intensive local services. And it means that economic growth won’t be as concentrated in coastal metros, spreading the wealth to the rest of the country. The growing concentration of wealth in coastal metros has seemed unsustainable for a while. Perhaps a shift in corporate culture that embraces work from home is just the catalyst we needed to break the pattern and bring about a more sustainable and equitable model of economic growth.

Discussing the governance of agent behavior

Potential buyer considers purchase without the help of an agent

Selling Your Home? Here's the Deal on Taxes