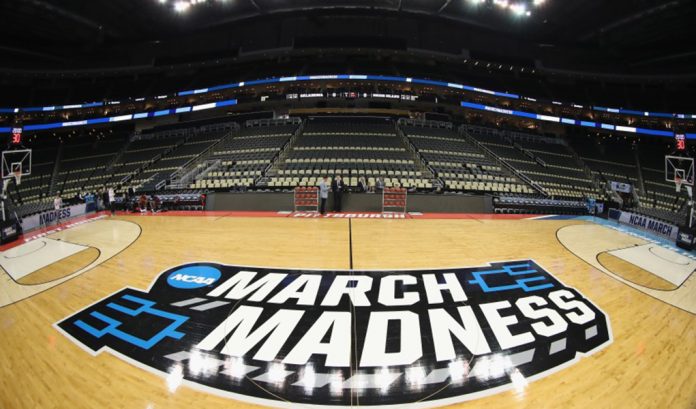 The shutdown of sports due to the coronavirus pandemic is propelling a historic decline in U.S. TV advertising: Sales could be down by as much as $12 billion in the first half of the year.

The New York firm said Monday that TV ad spending in the U.S. will decline by an estimated 22.3% to 29.3% — or $10 billion to $12 billion — during the first half of the year, compared with the first six months of 2019. In the first half of 2019, broadcast and cable networks collected $33.9 billion in advertising spending, according to eMarketer. It now estimates that TV networks could collect between $24 billion to $26.3 billion in the first six months of this year.

TV advertisers also are racing to adjust to their new reality. “TV networks will lose billions in ad revenues due to canceled or postponed March Madness, NBA, NHL and other major sports games,” the eMarketer report said.

The postponement of the 2020 Summer Olympics in Tokyo wiped out more than $1.2 billion in advertising commitments to NBCUniversal.

Kantar Media, in a separate report, estimated the cancellation of the NCAA basketball tournament and the professional NBA and NHL playoffs and finals could collectively obliterate as much as $2 billion in advertising spending. MoffettNathanson Research firm separately said that scuttling the NBA season due to COVID-19 could cost ESPN, ABC and TNT $700 million in advertising spending.

Walt Disney Co., which owns ESPN, has been devastated by the pandemic due to the nature of its portfolio mix. ESPN’s entire game schedule was erased, leaving the network to cobble together lineups devoid of its biggest draw. Meanwhile movie theaters are closed, crimping film studio’s profits. Disney’s vast theme parks, resorts and cruise lines also have been shut down since mid-March and the company is furloughing employees.

The pandemic also disrupted plans by Sinclair Broadcast Group to launch a new sports network with the Chicago Cubs. The Maryland TV station owner, which also owns the Tennis Channel, was hoping to benefit from its takeover last year of the Fox Regional Sports networks, including Fox Sports West and Prime Ticket in Los Angeles. But there are no NHL or Major League Baseball games to broadcast.

“With consumers stuck at home, many find themselves having more time on their hands and thus greater interest in watching TV,” eMarketer principal analyst Nicole Perrin said in a statement. “But that coincides with millions of newly unemployed or underemployed consumers who will have to keep an eye on their personal finances.”

The TV industry expects a return to more healthy levels in the second half of the year, thanks to hoped-for political ad spending. TV station owners initially thought political spending would be spread throughout much of 2020. But campaign spending also shut down in early March. Candidates for president stepped aside, all but assuring the Democratic nomination to former Vice President Joe Biden. “The election season itself and the apparent insensitivity of campaigning during the pandemic” has put political spending “largely on hold,” the report said.

eMarketer’s new estimates erase a rosy forecast the firm issued on March 6, which called for a 2% increase in ad spending for the full year. That prediction came nine days before the Centers for Disease Control and Prevention recommended scrapping gatherings of 50 people or more.