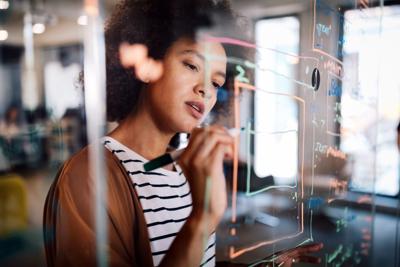 Owning a business sounds like a dream to many people. But being your own boss (and the boss of others if you plan to hire employees) is more challenging than it often appears to eager entrepreneurs. If someone is thinking of starting a small business, what are some things they should consider before jumping in–especially given the pandemic, and what likely will be its lingering effects on the economy?

As scary as launching a business in today’s very uncertain business climate might sound, it could be a great time to do it, according to says David Waring, co-founder and CEO of FitSmallBusiness.

“There are many examples of successful businesses that were started during hard economic times, including Airbnb and Uber, which were both launched during the great recession,” Waring notes. “There is generally less competition for customers and also for things like talent and commercial real estate, so don’t let a bad economy stop you!”

There are, however, things you should explore before taking an entrepreneurial leap of faith.

“Think about what changes are temporary and what changes are here to stay,” Waring advises. “For example, the woes facing the hospitality and travel industries are likely temporary, and I would expect a major boom in these areas once people can enjoy those activities safely again. This may actually, counter-intuitively speaking, be a great time to be planning and building a business in these industries.”

No matter the economic environment, there’s one question you should ask yourself if you want to start a business: “Am I a problem-solver?”

If the answer is, “Yes,” you’re off to a pretty good start. Now you just have to make sure the business you are starting is solving a problem that other people care about, Waring explains.

“A good way to do this is to speak to your target audience before building your product or service,” Waring says. “This is also a good way to build your initial customer list.”

Next, you have to decide exactly how you can solve that problem — and solve it in a better way than your competitors do.

“The way to do that is with extreme focus,” Waring says. “Your long-term plans can include attacking many different areas of the problem your business is solving, but your initial plan should be tightly focused on one or two areas where you can be the best not by a little bit, but by a mile.”

Finally, in Waring’s words, “You have to be willing to grind. Talk to any business owner, even ones that look like overnight successes, and you will find story after story of the years of energy and effort that went into making their venture a success,” he says, recalling an interview he read about Dustin Moskovitz, one of Facebook’s co-founders.

“The interviewer asked him how it felt to be an ‘overnight success.’ His response was something along the lines of, ‘If by overnight success you mean staying up all night coding for six years, then it feels pretty tiring.'”

The 3 Common Mistakes Entrepreneurs Make in Their Elevator Pitch