Home News Business College with No Loans: More Attainable Than You Might Think 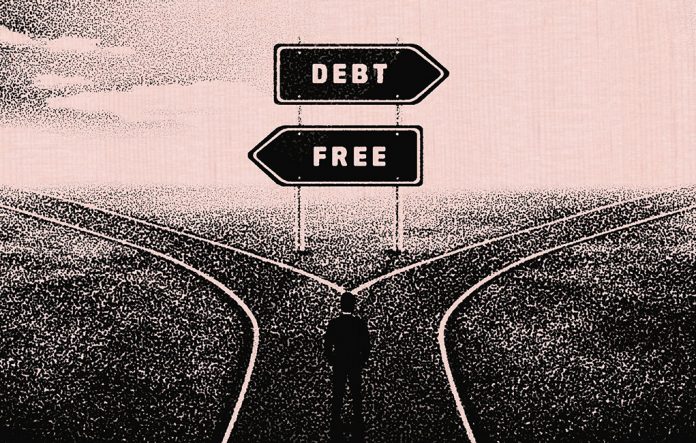 I was fortunate that after I received my bachelor’s and master’s degrees at private colleges, I owed very little in in outstanding loans. That’s because tuition and room and board were much, much cheaper than they are now.

I received an MBA from Carnegie Mellon in 1961 (a two-year program) when tuition was $1,000 per year. I was also able to teach mathematics at night at the school to help subsidize my expenses. My undergraduate tuition at Clark University was even cheaper, and Clark offered me a partial scholarship for my A.B. in mathematics.

The bottom line is that I was able to go to two excellent universities, receive two degrees in 6 years, and owe only a few hundred dollars in loans. I always worked part time while a student, so I didn’t have to ask my parents for financial support, which frankly would have been very difficult for them.

I sympathize with today’s college students and their parents facing such large expenses, even for public schools. I recently checked the tuition and fees of the full-time two-year program at the Tepper School of Business at Carnegie Mellon, my alma matter, and it’s just under $69,000 per year. Ouch!

What options do students have today? One option worth considering is attending a college that has a “no-loans policy.” That title is deceptive, because even at colleges that offer this type of program, many of the students still face possible loans. I’ll explain some of the basics associated with these programs. An excellent source for these programs is SavingforCollege.com.

Here is an example as to how this program can work: Assume the expected total cost of attending a college offering such a program is $60,000 per year. The school indicates that they expect the family to contribute $30,000 per year toward the cost. The remaining $30,000 would be covered by grants and on-campus part-time jobs. If $20,000 comes from a grant, that would leave $10,000 to be covered by part-time work. The student could decide to concentrate on studies and not work part time. Accordingly, he/she could then borrow $10,000, or perhaps a smaller amount if he or she is willing to accept jobs which would result in an amount less than $10,000 for that year.

Approximately six dozen colleges and universities offer this type of program, according to SavingforCollege.com. Some schools have restrictions based on family income; some have no such restriction. Each school develops its own policy, so there are significant differences in policies among these schools. Some the colleges offering this type of program are Amherst, Brown, Columbia, Harvard, John Hopkins, MIT, Princeton, Pennsylvania, Stanford, Swarthmore, Vanderbilt, Washington & Lee, and Yale.

Some of the schools have students graduating almost debt free. For example, 83% of recent Princeton seniors graduates have been debt free, with an average debt of $9,000.

According to the Federal Reserve Bank of New York, among 2018 graduates, 69% of students took out loans, and they graduated with an average debt of $29,800.

There are other ways to minimize student debt. One is to start out at a junior college or a state university, which are much cheaper than private colleges, and then transfer to a more prestigious institution. Another option is to attend a public university for all four years.

The schools that offer no-loans programs include some of the most prestigious colleges in the United States. A degree from a top-rated college will lead to better job opportunities after graduation. So, it makes sense for students to at least investigate the options available at the schools that offer these programs. Having little or no debt after graduation — and better job prospects –are certainly worthy objectives.

Super Small Loans to Give Startup Businesses a Lift

Amazon Looks to Further its Commitment to Diversity, Equity & Inclusion

What Barack Obama’s Memoir Reveals About His Long Battle for Health...