By Will Boggs MD

Cigarette filters, introduced decades ago to reduce the amount of tar smokers inhale, also alter other properties of smoke and smoking in a way that raises the risk of lung cancer, researchers say.

In a review of research on changes in lung cancer rates, and changes in the types of lung cancer that are most common, the study authors argue that tiny ventilation holes in virtually all cigarettes sold today are creating a new health risk.

“The design of cigarette filters that have ventilation can make the cigarettes even more dangerous, because those holes can change how the tobacco burns, allow smokers to inhale more smoke and to think that the smoke is safer because it is smoother,? senior author Dr. Peter D. Shields from The Ohio State University?s Wexner Medical Center in Columbus told Reuters Health by email.

?This applies to all cigarettes, because almost all the cigarettes on the market have the holes, not just the ones that used to be called lights and ultra-lights,? he noted.

Rates of adenocarcinoma of the lung, the lung cancer most associated with smoking, have more than quadrupled in men and increased eight-fold in women along with changes in the design and composition of cigarettes since the 1950s, the researchers write.

Shields and his team review the evidence linking cigarette filter ventilation to these increased rates of lung cancer in a report online May 22nd in the Journal of the National Cancer Institute.

Filter ventilation reduces the amount of tar in the cigarette smoke when tested on smoking machines, but the increased ventilation and slower tobacco burn result in more puffs per cigarette and more toxic cancer-causing chemicals being inhaled by smokers, they write.

?The use of the ventilation holes yields lower tar only on a machine,? Shields said. ?Machines have nothing to do with actual exposures in humans. The holes let them actually inhale more smoke with more cancer-causing agents.?

Because of the claims of lower tar content, though, smokers develop the false belief that a lower tar cigarette is a healthier cigarette, Shields’ team writes.

Moreover, even though machine-measured tar and nicotine levels have decreased over time, there has been no appreciable change in daily nicotine intake among smokers over the past 25 years, they write.

?The evidence shows that more modern cigarettes are more risky for lung cancer,? Shields said. ?There are reasons in addition to the holes that also can contribute to the increasing risk, but one does not preclude the other.?

Cigarette designs could and should be regulated to address all the possible reasons, Shields said.

?The holes have no health benefits; they serve no health purpose,? he explained. ?They do not lower tar delivery to people. So, if they have the potential harm, the FDA can act, even if the science is not perfect. The FDA can require cigarette manufacturers to make filters without the holes. This is easy and they are doing it for some brands already.?

?The FDA now has the authority to require the elimination of filter ventilation, as ventilation does not serve any public health purpose and instead provides a false promise of reduced risk,? the study team concludes.

?This single action for banning filter ventilation by the FDA is scientifically justified, and within its mandate to improve the public health,? they write.

There is some precedent for the ban Shields and colleagues propose, Jonathan M. Samet and Lilit Aladadyan, both from the Tobacco Center of Regulatory Science at the Keck School of Medicine of USC and the USC Institute for Global Health in Los Angeles, write in an accompanying editorial.

The evidence gathered by Shields? team seems strong enough to support FDA action, and ?given a lack of evidence for countervailing harms, ending filter ventilation could be a ?no regrets? action that would benefit public health,? they write. 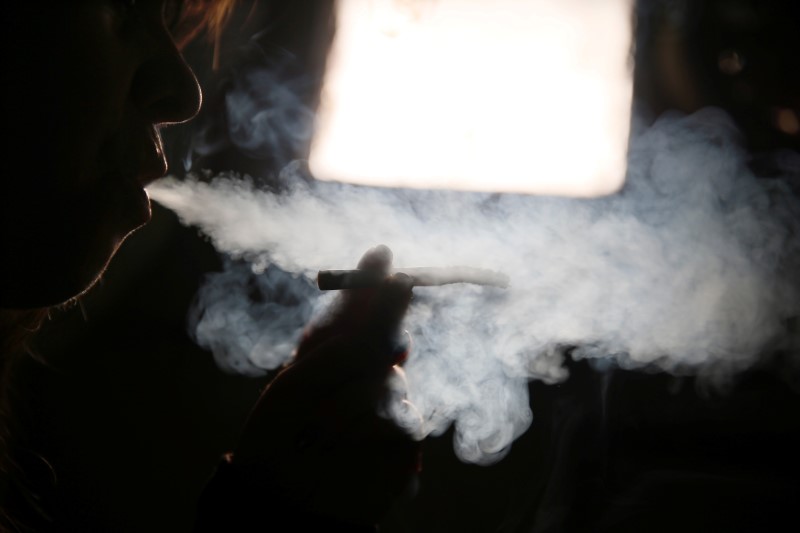