Home Economy China will open more to investors, but others must be fair: central...

But Zhou Xiochuan of the People’s Bank of China (PBOC) also said that as his country opens wider, “we want China to get fair treatment overseas”.

Among financial sectors targeted for further opening in China were banking, insurance, investment banking, securities firms, and payments, he told the Boao Forum for Asia.

Zhou said Beijing is in talks with Japan and European and ASEAN countries about bilateral trade and investment agreements, but is “waiting for the U.S. new administration to decide” how to move forward on agreements.

The governor also said that he expects to see more countries start to emphasize fiscal policy and structural reform as the period of loose monetary policy ends.

Chinese policymakers have emphasized the need to focus on structural reform over purely high-speed growth. The PBOC has moved to a tightening bias in an effort to squeeze speculators and control asset bubbles, raising primary money market rates several times since late January.

Zhou said China’s reforms need to include streamlining the fiscal relationship between central and local governments.

“We need to figure out the central and local government relationship,” he said.

“Different provinces have different fiscal indicators. Some provinces are already over-indebted but some still have room.”

Beijing tightened controls in recent years on local government debt to contain risks from an earlier borrowing binge aimed at softening the impact of the global financial crisis.

This year, China has capped the size of outstanding local government debt at 18.8 trillion yuan ($2.73 trillion), up from the 17.2 trillion ceiling in 2016, excluding bonds issued under a debt swap scheme. 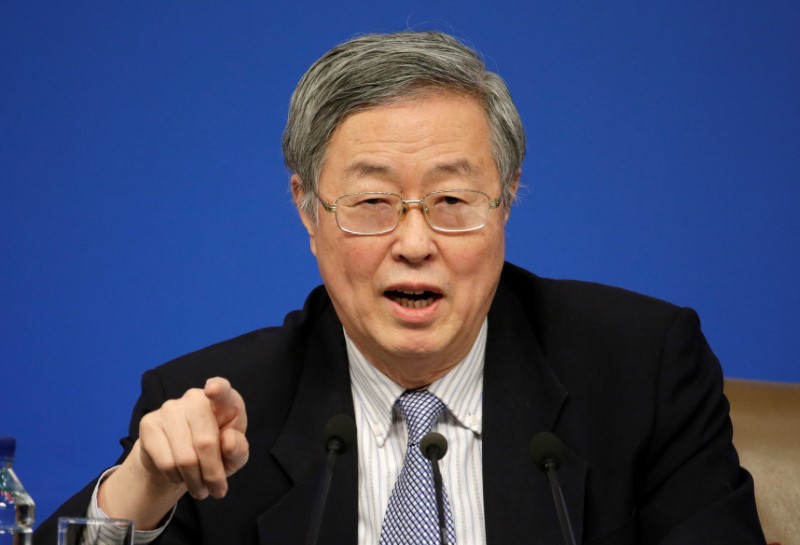