BEIJING (Reuters) – China will revisit in 2018 the standards for vehicle-to-vehicle communication that are vital for driverless cars and lay out a common national standard after that, the chief of the Society of Automotive Engineers of China (SAE-China) said on Wednesday.

China’s aim to establish a national standard could speed the implementation of driverless cars in the world’s biggest auto market, contrasting with a patchwork of state laws and standards in the United States that some in the industry say could hold back development.

Earlier this year, SAE-China – under the direction of China’s Ministry of Industry and Information Technology (MIIT) and with input from every major Chinese automaker – set out to interpret vague directives for the automotive industry in sweeping 13th Five Year Plan and “Made in China 2025” policy.

The resulting 450-page roadmap, issued in October, lays out specific policy objectives for virtually every aspect of the automotive industry, including driverless vehicles and electric cars, for three five-year periods to 2030.

The document, however, stopped short of establishing a unified standard for cars to communicate with each other (V2V) and surrounding infrastructure (V2I), both of which are crucial for autonomous vehicles to be successful.

China will “lay the foundation” for V2V and V2I standards in 2018 in the next update of the roadmap, with a more exact standard to be developed between 2020 and 2025 and agreed to by all automotive brands, SAE-China Chief Fu Yuwu said.

China’s method of central unified planning could prove to be more effective than countries like Japan, which is struggling to make its big three automakers agree on standards, he said.

“You can’t fundamentally use different channels (of communication) right? So in the end we need a unification process,” Fu told Reuters. “This will be complicated and difficult but is in the best interests of the industry.”

On MIIT’s announcement about tightening a subsidy program for green energy cars, Fu said the move would not get in the way of meeting targets of at least 7 percent of cars sold being electric and plug-in hybrids by 2020.

By the end of the decade, aggressive average fuel economy requirements of 5 liters per 100 kilometers will set in, while subsidies will be phased out, a standard that will be impossible to meet without green energy cars, he said.

“Rolling them (subsides) back is important because you can’t rely on policy supports forever,” Fu added. 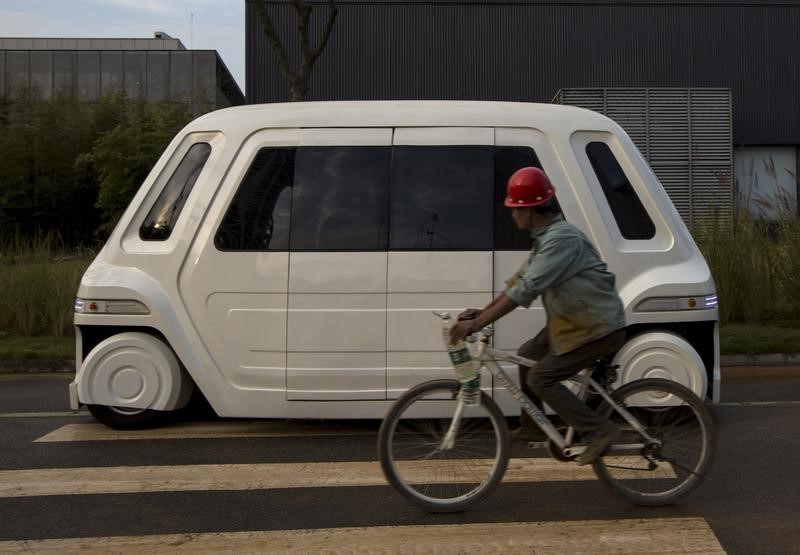