WELLINGTON (Reuters) – China and New Zealand ramped up their cooperation on Monday, pledging to expand their existing free trade agreement into what visiting Premier Li Keqiang called China’s “most advanced” with a developed country.

The two governments also promised to work together on a Chinese trade and business expansion strategy that Beijing calls “One Belt, One Road”.

In Wellington, Li signed nine pacts with New Zealand Prime Minister Bill English, who said talks to upgrade their free trade agreement (FTA) – in effect since 2008 – would begin on April 25.

The upgrade would produce an arrangement of the “most advanced level” between the nations and “the first of its kind between China and a developed country”, Li said.

In a column published on Monday in the New Zealand Herald, headlined “To New Zealand, with love”, Li wrote that rising international instability and uncertainty “have made it all the more important for China and New Zealand to work together to turn challenges into opportunities”.

New Zealand depends heavily on exports, and Li’s remarks echoed those by English and New Zealand central bank governor, Graeme Wheeler, who have warned that possible disruptions of global trade is the biggest threat to prosperity.

English said Paul Goldsmith, New Zealand’s regulatory reform and innovation minister, would attend a “One Belt, One Road” summit in Beijing in May.

New Zealand was the first Western country to sign an FTA with China and the first to join the China-initiated Asian Infrastructure Investment Bank (AIIB) after which it helped usher in the United Kingdom and Australia.

Despite agreements on areas from e-commerce to chilled goat exports, thornier issues emerged during Li’s talks with English.

They discussed the South China Sea and English acknowledged the topic was “sensitive”, though he said he did not think it would affect the rest of their relationship.

China has drawn criticism for large-scale building in the disputed waterways of the South China Sea.

Li took issue with a local journalist’s question on whether allegations of steel dumping could impact the trade relationship, a spat that English and his predecessor John Key have tried to play down.

English said there were no talk about the imports.

Li said China is reducing steel production and exports only a modest amount to New Zealand. He added that while half of China’s dairy imports come from New Zealand, Beijing has not accused New Zealand of dumping them. 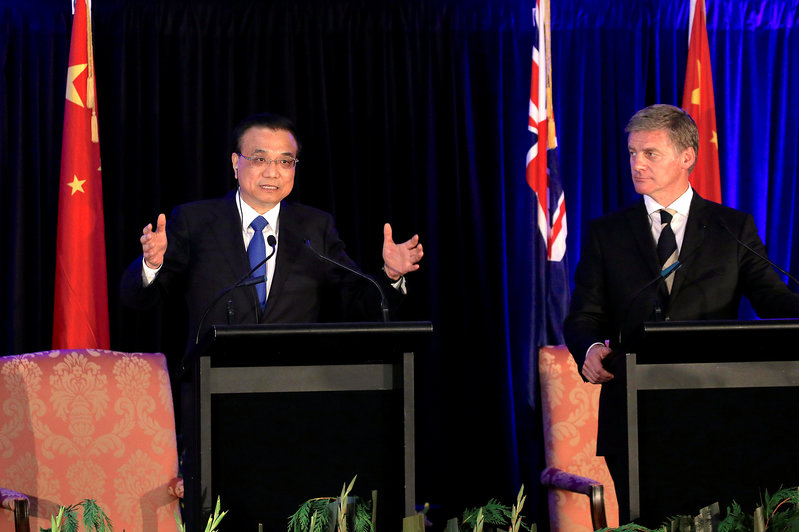 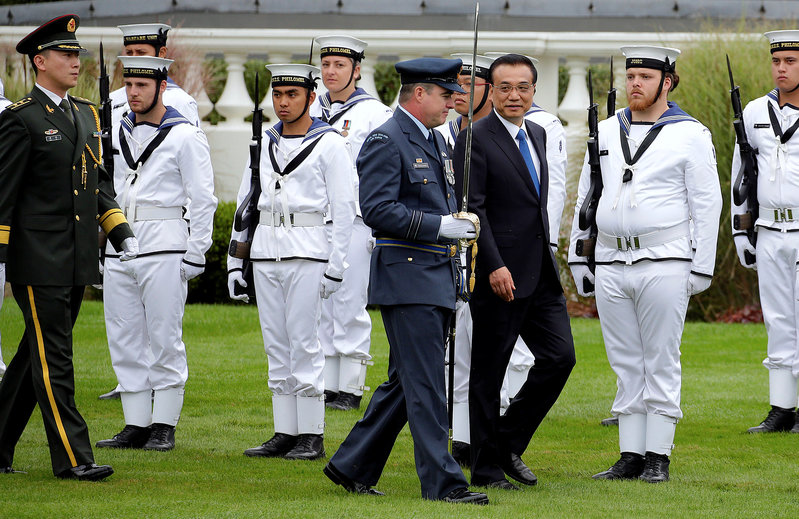 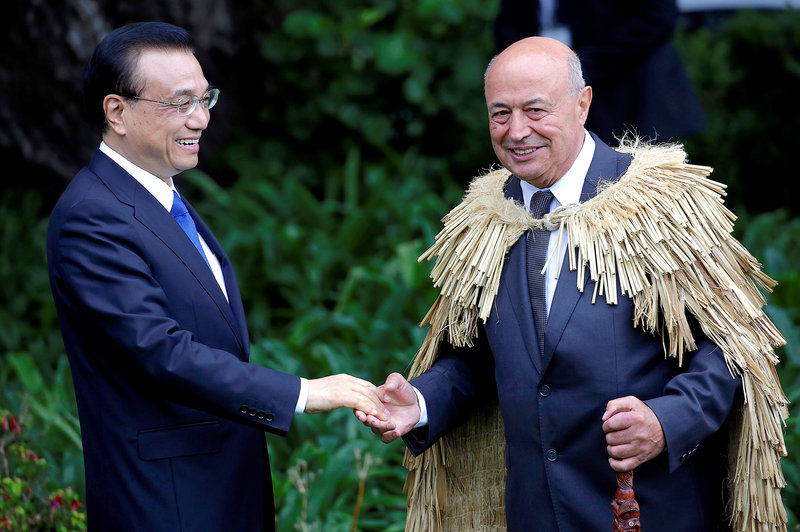 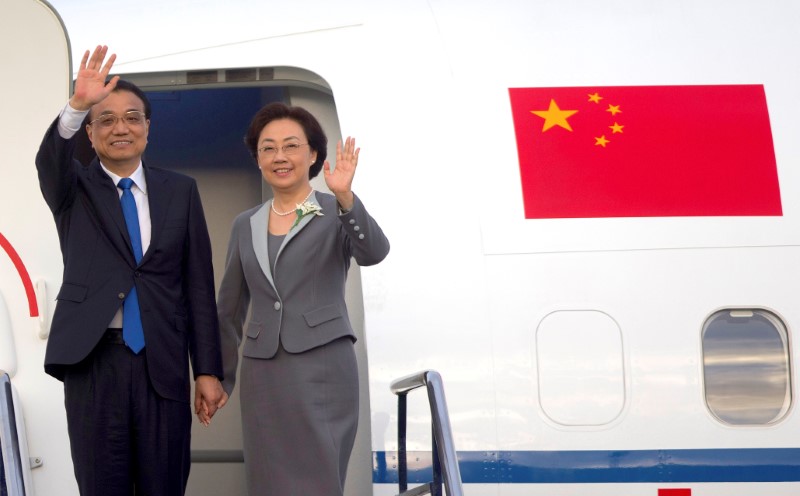 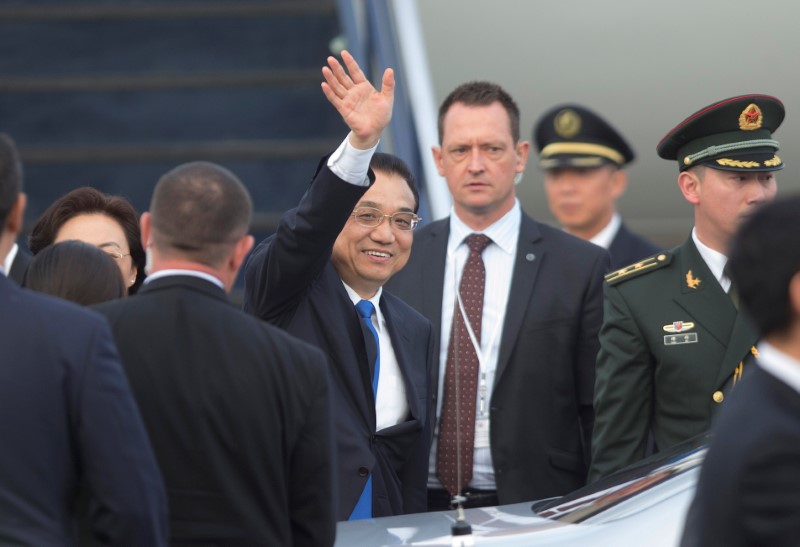