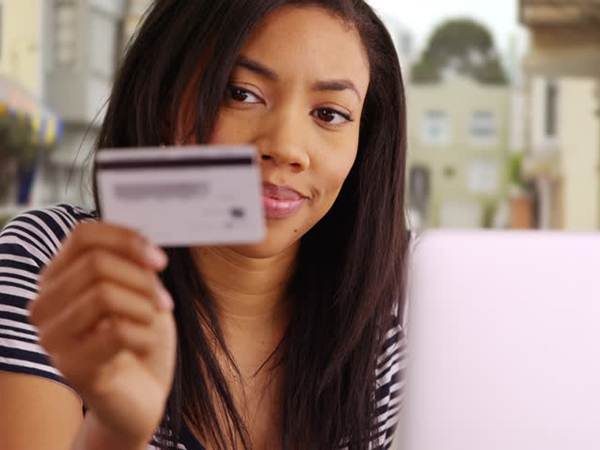 More than a quarter of Americans ? some 28 percent ? say they carry balances on their credit cards from month to month, according to a new survey by Creditcards . com. Among those with card debt, 43 percent say they?ve had a revolving balance for at least two years.

With the average interest rate for new credit card offers hovering around 16 percent, revolving balances are a wildly expensive way to borrow money.

?Bottom line: Stick to your budget and only charge what you know you can pay off each month.?

While many people run up big bills by splurging, others go into debt buying groceries and other necessities or are hit with major, unexpected expenses such as car repair and medical bills they can only pay on credit.

In the Creditcards.com survey, which polled 2,005 adults, the most common reason cited for carrying credit card debt was keeping up with day-to-day expenses (32 percent).

Ironically, making more money might not solve the problem.

The survey found people making more than $50,000 a year were more likely than lower-income earners to carry a credit card balance ? 38 percent vs. 24 percent. Those with a higher education and full-time workers also are more likely to be revolvers.

In addition, ?Higher income folks may simply be less concerned about the cost of carrying credit card debt than other folks,? Schulz said.

Middle-aged Americans were most likely to carry credit card debt, the survey found, including 36 percent of Gen Xers (age 37-52) and 33 percent of young baby boomers (age 53-62).

To start digging out of debt, Creditcards.com offered the following tips:

? Consider a balance transfer card. A zero percent balance transfer card offers an interest-free way to pay down debt, typically over 12 months. If you don?t qualify, call your credit card company and ask for a lower rate. An earlier survey by Creditcards.com found almost 70 percent of people got their interest rate cut simply by asking.

? Analyze your statement. Analyze what you are spending your money on. Review the section that tallies interest rate charges over time. It may shock you into spending less.

? Create a payment plan. Draw up a monthly budget and commit to using extra cash to pay down card balances. Nonprofit credit counseling agencies can help with budgeting.

? Pay in cash when possible. Studies have shown people spend up to 30 percent more when they pay with a credit card vs. cash.