(Reuters) – Mother-daughter-mother actresses Debbie Reynolds and Carrie Fisher, who died in December just a day apart, were remembered by fans and friends on Saturday at a public memorial service in the Hollywood Hills, where they were laid to rest side-by-side in January.

Comedian Dan Aykroyd, who was once engaged to Fisher, and actor Griffin Dunne, her close friend, paid tribute to the actress best known as “Star Wars”‘ Princess Leia, who later found success through her satirical writing skills in literature, film and on Broadway.

The memorial featured home videos and photo montages set to music, as well as performances by the Gay Men’s Chorus of Los Angeles and dancers from the Debbie Reynolds Dance Studio.

Reynolds was remembered by actress Ruta Lee, who urged fans not to mourn, but rather take delight in the “Singin’ in the Rain” star’s life.

Hundreds of fans lined up for hours to say a final goodbye, many placing flowers at their grave.

Fisher, 60, died on Dec. 27, four days after suffering a heart attack on a flight from Britain where she had been shooting the third season of a British television comedy.

A day late, Reynolds, who sang and danced her way into the hearts of moviegoers in Hollywood musicals, suffered a stroke and died at the age of 84.

“When we heard about what happened … it honestly felt like a family member that I’ve loved for decades was gone,” said Liza Rios-Proprofsky, a Fisher fan who had a “Star Wars”-themed wedding.

Reynolds fan Barbara Doss reflected that “They’re both so unsinkable,” in a reference to one of Reynolds’ most memorable roles, “The Unsinkable Molly Brown.”

“Debbie always said she was unsinkable, and that’s so true,” she added. “They were strong, amazing women, and I’m so happy that (Reynolds’) son did this for us so we can come and pay our respects,” she said of Todd Fisher, who arranged the memorial.

“This entire thing I’m calling a show, not a memorial,” Fisher said. “Because my mother didn’t like memorials or funerals. She liked shows and parties. She also loved her people, and you are all her people — not just her close friends but her extended family, her fans.” 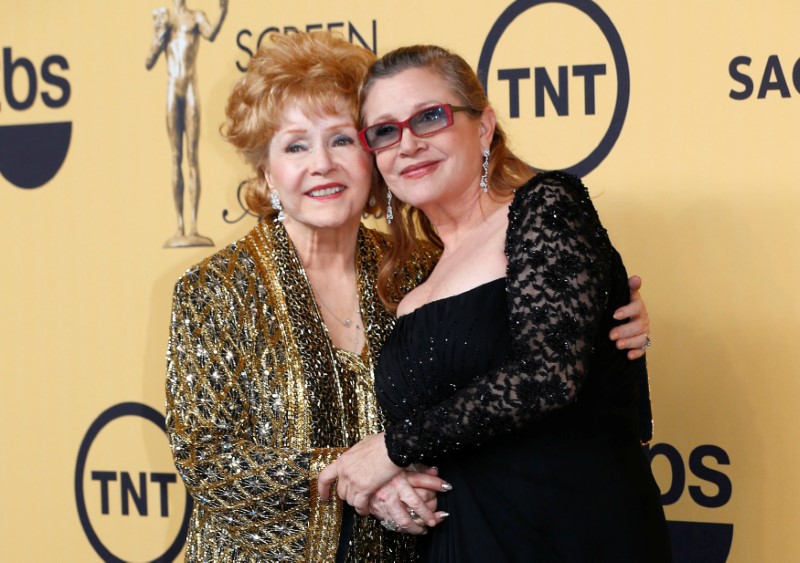