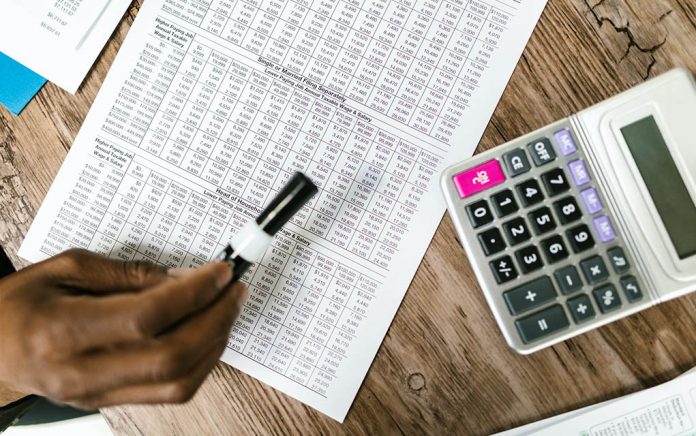 Consumer debt has risen sharply during the pandemic, according to a new survey by Bankate.com. Nearly half of all American adults with credit card debt added to that debt since March 2020. Worst offenders were millennials and Gen Z, whose rising card balances grew far faster than baby boomers and Gen Xers.

Consumer spending is widely credited with spurring the economic rebound. The Fed has pumped liquidity (new money) into the system through bond purchases. Congress pumped new money into consumers’ hands with stimulus payments and extended unemployment benefits. Yet half of those those who took on more card debt in the last 18 months say it was related to Covid.

And now, just like the original Covid-19 mutated, there is a new mutation in consumer debt that is spreading widely and could be even more toxic than the original credit card debt.

You’ll find this enticing offering on most retail websites — from Amazon to Wal-Mart, and on many smaller retailers’ sites as well. It offers consumers a chance to break up the cost of a purchase — typically into four equal payments — due over the coming months. A recent CreditKarma survey showed 40% of American shoppers had used these plans — with about half of them under age 34. Most BNPL plans charge no interest on these deferred payments.

How can retailers afford to offer this deal? Studies show that offering four low payments significantly increases the rate of purchases vs browsing. It’s a basic fact of human psychology: Four small payments look more affordable than one intimidating big payment. And consumers think they are better off than adding to credit card balances, which charge revolving interest.

The most popular services include Afterpay, Affirm and PayPal’s “Pay in Four.” And it’s no accident that the public companies offering this service to retailers have been hot stock market performers. The retailers pay fees for these companies to offer a sort of instant credit check. Since purchases are approved one by one, there is less vulnerability to default for the credit grantors. (Not all purchases are approved.)

If you remember your grandmother putting Christmas presents on “layaway” at Sears, paying a bit every month until the purchases were picked up in December, you have the general idea. In fact, this year Walmart (which previously offered a form of layaway or holiday club) is substituting Affirm’s service, doing away with its older forms of layaway. Now customers can take their merchandise home immediately, paying over a 3-24 month period. Walmart’s Affirm service can be used on purchases ranging from $144 to $2,000 and excludes items like alcohol, groceries and food, personal care products, and pet supplies.

Be sure to check the details on each BNPL offering. Not all retailers use the same BNPL services, and each has a different set of rules. At some, the consumer might be charged interest depending on the purchase amount. Late fees vary. And returns might be tricky, since you need to get the credit from the BNPL company, not the retailer.

This new form of credit is likely to make for a good holiday shopping season — if retailers can keep merchandise in stock. But there is, of course, an eventual downside to this new easy credit. What happens after the shopping season when it comes time to pay the bills?

If shoppers can’t afford the payments, or forget them, the consequences will be expensive. Unlike with credit cards, there is no way to simply pay minimums and stretch out the payments. BNPL buyers will face late fees, interest charges — and an impact on their credit score. And these plans offer little protection in case of a dispute with a seller or a request for a refund.

So before you fall for this enticing low-payment deal, consider the future consequences. Set up an automatic payment plan for the remaining payments so you don’t forget. And make sure you have money in the bank so you don’t pay a fee for a returned check!

This is one deal that surely benefits the retailers and the finance companies — but not necessarily the consumer.

3 401(k) Problems That Can Shrink Your Returns