Home Lifestyle Auto Car Dealers Are Desperate. Does That Make it a Good Time to... 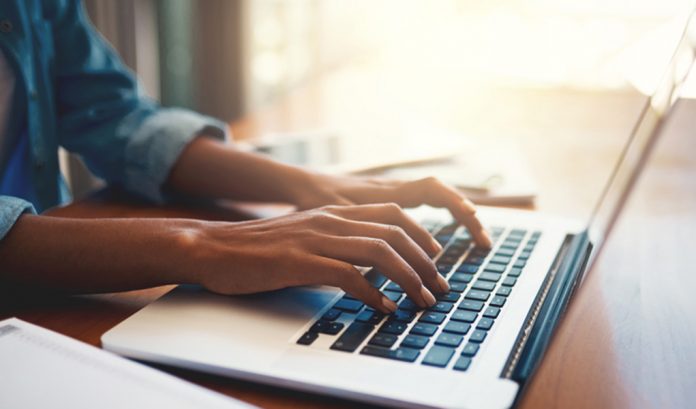 New-car showrooms are closed. Inventory is beyond bloated. Car dealers are bleeding cash and ready to negotiate.

In other words, if you’re blessed with good health and you have a reasonable chance of keeping your job, now’s a good time to buy a car.

You’ll have to shop from home — or wherever you’re sheltering in place. You’ll need to be adept at online shopping and ready to negotiate price by email or phone. But negotiating power in favor of the buyer has rarely been so lopsided.

The rules facing car dealerships vary from one state, city or county to another. Some localities are allowing showrooms to stay open. Others have shut everything down. No sales, including online sales, are allowed in the city of Los Angeles, but they are generally allowed in L.A. County and the rest of California.

“Dealers are desperate to generate revenue,” said Sheldon Sandler, who runs a car-dealer consulting service in Princeton, N.J. “You can expect extremely good deals from anyone who can deliver you a car.”

How desperate? “This is a cash-flow business. Make no mistake, the economic impact (on dealers) is severe,” said Brian Maas, president of the California New Car Dealers Association. “If you rely on selling 10 cars a day, and you’re selling one or zero, that’s $350,000 a day.”

AutoNation, the country’s largest chain of car dealerships, recently laid off 7,000 workers and said it would delay $50 million in capital spending. Penske Corp., which runs another large dealer chain, said it would furlough an unidentified number of workers and delay $150 million of capital investment.

“This is shades of 2008-2009,” Peter Welch, president of the National Automobile Dealers Association, told Automotive News. “Only it seems this will have a much greater impact.”

Chad Kelman, general manager at Community Chevrolet in Burbank, Calif., summarized the situation succinctly in a phone interview: “Business is s— right now, and the deals are smokin’ good.”

How good? Dealers are advertising prices about 3% to 5% below sticker price, based on an unscientific review of Southern California dealer websites. Manufacturers are offering rich incentives — 0% financing, 84-month (seven-year) loans, and 90 days before the first payment is due — on a wide variety of vehicles.

U.S. passenger vehicle sales had already begun to fall after a historical annual high of 17.46 million vehicles in 2016. Auto debt was also flashing a red flag: Last year, economists warned that 7 million car customers were 90 days or more behind on their auto loans. Automakers were trying to avoid widespread profit-killing incentives. Then the pandemic hit.

The biggest price breaks will go to those willing to negotiate and walk away if the dealer won’t go along. Even in tough times, sales representatives will naturally try to squeeze out the highest price possible while upselling options and extras.

Although no one is willing to go on the record saying so, dealers and other industry experts told The Times that when pressed, sales reps at many dealers will sell at a loss, just to keep some cash coming in.

One reason cash flow is being squeezed: Even though motor vehicle service and repair shops are allowed to stay open under the strictest stay-at-home orders, few owners are willing to bring their cars in to get repaired — either because they fear exposure to the coronavirus or because they’re just not driving the vehicles anyway. That means “you can negotiate even on the service side, if you need something serious for your car,” Sandler said.

Even with online transactions, delivering the car and finalizing the paperwork involves human interaction and therefore a risk of exposure, however small. Although many car dealers and most banks can accommodate electronic signatures, or can deal with paperwork transactions via FedEx, the state of California remains an analog holdout.

To deliver a car, Community Chevy disinfects it first then drives it to the buyer’s home or place of business. The driver wears a mask and gloves; the transaction might be completed on the hood of the new car or truck.

The driver will bring a mask and gloves for the customer to use “when available,” Kelman said. “But they’re not always available.”

The smoothness of online car buying will vary, depending on the dealer.

“For the majority of dealers, online sales were only a small percentage of total sales” before coronavirus hit, said Joern Buss, an auto industry consultant with the firm Oliver Wyman. Most “are not set up to handle” a surge in online demand.

The range in online expertise can be seen on the websites of two California dealers, Toyota of Oxnard and Toyota of Orange, which are owned by two different dealer groups.

It was difficult to figure out whether a car could be bought online at Toyota of Oxnard. The Times tried the chat function twice to see if internet sales were supported, and both times that chat service rep — who appeared to be a human — said they didn’t know. General Manager John Hautman has not yet responded to a request for comment.

Meantime, Toyota of Orange includes a dropdown option on its homepage marked “Express Store” that seamlessly takes a buyer through the entire purchase process — although at the end, the customer is told a sales rep would help complete the paperwork (with the possibility, of course, of some upselling).

“We’ve been experimenting with this for some time,” said Allen Moznett, general manager at Toyota of Orange. But the pandemic has shoved his dealership up the learning curve. “We’re trying to master online sales now.”

Buyers might also try a number of online car sales specialists, such as True Car, Cars Direct, Fair and Carvana. The sites are easier to navigate than most dealer sites, and price comparison is easier, but because you’re not usually dealing directly with a sales representative, it’s much harder to hammer out a rock-bottom price.

Moznett said that post-crisis “the information gathering process will probably all be done online” before and after a visit to the showroom. But he thinks that in time most buyers will gravitate back to showrooms.

“They want to come in, look at the cars, smell the new-car smell,” he said. “The color of a car on a computer and the colors on the car are different.”

How long the pandemic lasts and how long showrooms remain shut is unknown. A March 30 survey by the California dealers group showed 130 of 322 dealers who responded said they could sustain operations at current sales levels for only one to three months. The group represents 1,409 dealerships total.

Sandler said dealership failures are inevitable, but “every time we’ve gone through a crisis, you lose undercapitalized dealers. Eventually sales will climb back to normal, but with fewer, larger dealers.”