Home Personal Finance Investment Can You Save Too Much in Your 401(k)? 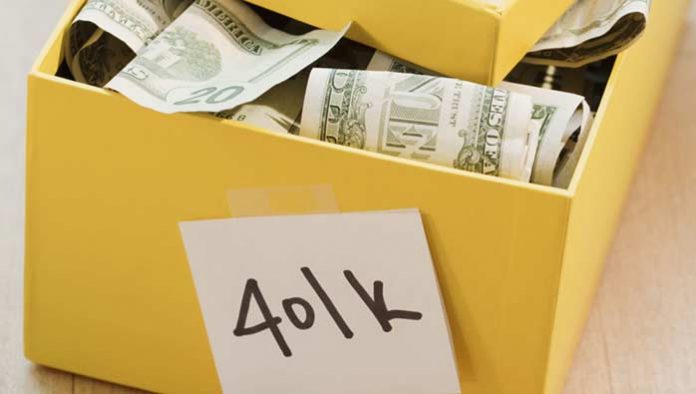 When people meet a doctor at a party, they ask about a pain or a rash.

When they meet a financial professional, they’ll try to get a stock tip.

I won’t go there. But if the person seems genuinely interested, I’ll ask, “Is your portfolio diversified?”

Usually the answer is yes; they’ll say they have stocks, bonds and mutual funds.

And I’ll say, “I mean are you tax diversified?” Most people haven’t put much thought into that, because they haven’t thought about what the taxes will be when they start to withdraw their retirement funds. So we talk about tax-deferred accounts (such as 401(k), traditional IRA or 403(b) accounts); taxable (brokerage-type) accounts; tax-free accounts (Roth 401(k) or Roth IRA); and other after-tax investments.

People tend to stick with the conversation when I tell them that one of the biggest mistakes I see investors make is overfunding their tax-deferred retirement accounts.

A large percentage of the people I meet with – probably 80% to 90% – have almost all of their money in a 401(k), traditional IRA or some type of qualified retirement account. Why? Because it’s easy, and that’s what they’ve always read or been told to do.

Any article about retirement over the last 20 to 30 years wants savers to believe a 401(k), with its before-tax automatic payroll withdrawals, is the best thing going, because it will help set them up for retirement. And it’s managed to suck a lot of individuals in on that premise. Most of the stories are only discussing the tax savings today and tax-deferred growth. But they aren’t discussing the exit strategy from these plans.

Unfortunately, what consumers don’t realize is how that money is going to be taxed when they add in the rest of their retirement income – Social Security and a pension, if they have one. They may think their tax brackets will be lower in retirement because their incomes will be lower then. The reality is that most people don’t want to see their incomes dramatically drop when they retire.

Also, many will not have the itemized deductions that helped them in the past to reduce their tax bills. Further, Uncle Sam wants his money, and he knows how to get it. Retirement accounts have what’s known as the 70A1/2 rule, where there is a required minimum distribution (RMD) for all accounts. It is a specified percentage that has to be taken out, whether the funds are needed or not. Also, this percentage increases as the person gets older, because it’s based on life expectancy.

The Result, in Dollars and Cents

That means I see things like the client who is paying $268 a month this year for her Medicare Part B premiums, which is double the standard premium of $134 a month. Because her modified adjusted gross income (which includes all taxable income plus one-half of her Social Security income) is above $107,000, she must pay a “high-income surcharge.” That’s another $1,600 a year that, in my opinion, is just another tax.

More often, I hear from people who decide to take money out of a retirement account to pay for some end-of-the-year splurge – maybe a new car or a Christmas cruise for the family. What’s the harm, they tell themselves. We’re over 59A1/2, so there’s no extra penalty, right?

Except they’re already taking regular monthly income distributions that are taxable, plus this lump-sum distribution. And they’re getting Social Security payments – of which up to 85% could also be taxable – and possibly a pension or additional income. Many times that results in additional taxes due, because when you add up ALL of the taxable income for the year, they haven’t paid enough taxes on ALL of their income. If that’s the only or main asset you have for income, big purchases, vacations, home repair, etc., every dollar of your distributions will be subject to ordinary income taxation.

What You Can Do

What can you do to lessen the blow?

There is no one-size-fits-all strategy, but one thing you might consider is what I refer to as filling the top of your bracket.

If you’re still working, you should only be funding your 401(k) up to your company match, and then, if your company offers a true Roth 401(k), divert the rest of the money you’re saving into that account. If you qualify for a Roth, it’s a great thing. Or just pay tax on the money and put it into a regular investment account, so you can take advantage of long-term capital gains.

This is why it pays, literally, to have a financial professional who takes a holistic approach to your portfolio. Someone who looks only at where your money is invested isn’t going to give you the whole picture. You need a professional who also will take care of your hard-earned savings with a sound tax strategy.

Is Property the Best Investment Now?