The restaurant chain nominated Janice Fields, a veteran executive at McDonald’s Corp <MCD.N>, and Sam Rovit, the CEO of CTI Foods and a former executive at Kraft Foods.

In an unusual move, Rovit is also one of Marcato’s four nominees it is seeking for election to the board. Proxy voting rules allow one nominee to serve on two director slates as long as the person consents.

McGuire, a former Pershing Square partner, officially launched the proxy fight in February, though Marcato began to agitate for changes at the company last July. The San Francisco-based fund is Buffalo Wild Wings’ fourth largest shareholder with a 5.6 percent stake.

Buffalo Wild Wings said on Monday that James Damian, who had previously served as board chairman, and Michael Johnson will retire from the board at the annual meeting.

The company’s other nominees are Smith and six sitting directors.

“It is deeply troubling that the Company would take these steps without consulting us or other major shareholders, as we have continuously endeavored to engage in constructive dialogue,” Marcato said in a statement on Monday.

Marcato added that the company should address its suggested operational improvements.

Buffalo Wild Wings’ annual meeting is expected in May.

(This story was refiled to remove extraneous language from final paragraph)

(Reporting by Michael Flaherty in New York and Gayathree Ganesan in Bengaluru; Editing by Sriraj Kalluvila and Nick Zieminski) 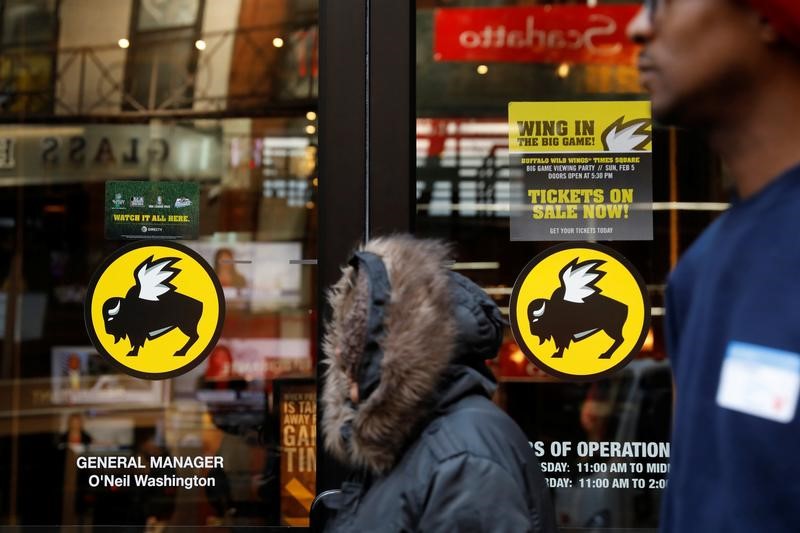