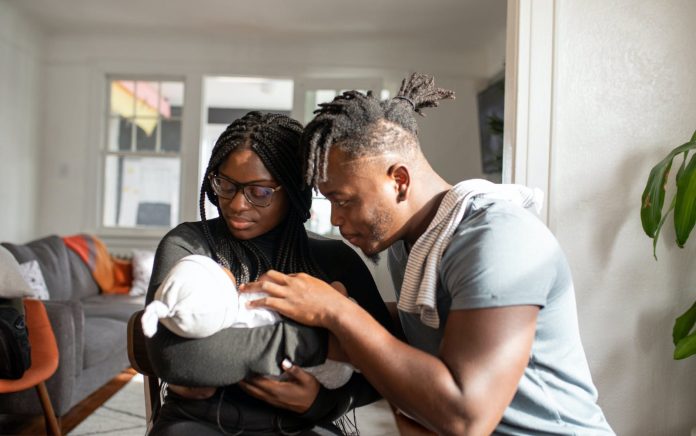 As anyone who’s ever raised a child knows, it costs a bundle for every tiny bundle of joy.

But, have you ever wondered, how much?

Get a good grip on your wallet. The official answer, from a branch of the federal government: More than $284,000 on average from birth to age 18.

That’s according to the United States Department of Agriculture, which last released a survey in 2015 on the cost of raising a child born that year until age 18. Back then, the estimated cost was $233,610. But accounting for inflation, the number is now closer to an average of $284,570, based on projected inflation, for middle-income married couples.

With everything else going on in the world right now, being frazzled over a study by the USDA may be the last thing you need. But one thing the pandemic has taught families is the need to watch your pennies closely to cover everything from diapers to braces to extracurricular activities.

I’ve been taking quite a few notes on baby costs recently, with a granddaughter who just turned two, a grandson born last summer, and another grandchild due this spring. This includes car seats, strollers, diapers by the case, food, vaccinations and ear infections, swim lessons and, of course, toys — the price tags make my head spin.

Keep in mind, costs can vary depending on where you live and you and your child’s lifestyle. Families in the urban northeast tended to spend more, for example, than parents living in smaller, more rural communities, the USDA noted.

Breaking down the consumer data used by the USDA, keeping a roof over a child’s head accounted for 29% of the amount spent per year, followed by food at 18%, child care and education at 16%, and transportation, 15%.

One problem with the USDA numbers — they do not include college education costs, which is another story.

This information can be helpful for budgeting purposes, but take it with the proverbial grain of salt. Many parents spend significantly less to raise a child, especially if grandparents are helping out with child care.

As kids get older, costs can add up for sports activities, piano or dance lessons, camps, a cell phone and other tech gear. That’s when it can make sense to encourage your child to get a job to flip some of the expenses to his or her checking account, if need be.

True, costs go up if you have multiple children, but not as much as you might think, since you’ve already shelled out dough for baby furniture, clothing and other gear that can be handed down from child to child.

And, as a final tip, speaking as a father and grandfather, I know how hard it can be at times to say no to all sorts of fun stuff for the kids. But there’s nothing wrong with using that word.

Don’t let worries about whether you can afford a child stop you in your tracks, but it’s at least something else worth talking about before that bundle of joy arrives.

The 11 Best Tech ETFs for Years of Stellar Gains