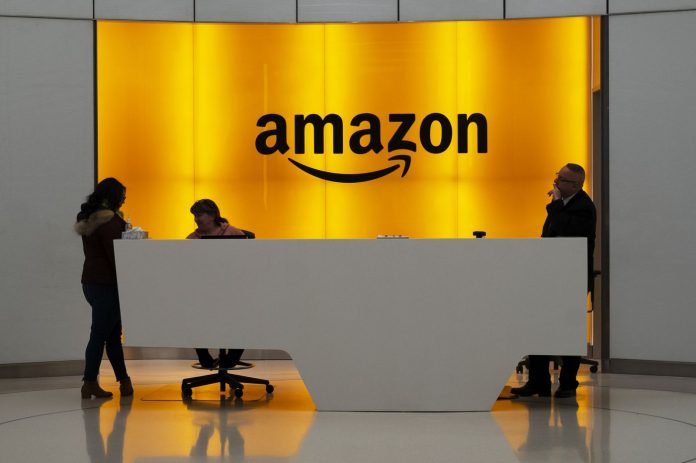 Amid high unemployment nationwide, Amazon says it has more U.S. job openings than at any time in its history and will try to fill many of them at its fall career day next week.

The Seattle commerce and technology company announced Wednesday that it has 33,000 open corporate and tech roles nationwide, and will hire thousands of hourly workers in its warehouses and delivery systems later this fall.

Online retail has boomed during the coronavirus pandemic as many other sectors, including restaurants and hospitality, tourism and physical retail, have been battered. E-commerce accounted for 16.1% of all U.S. retail spending in the second quarter, up from 11.8% in the first quarter, according to U.S. Census Bureau data released last month. Online shopping’s share of total retail spending increased in the first half of 2020 as much as it did in the prior five years combined.

Amazon — with an estimated 38% of the U.S. e-commerce market, according to eMarketer — has capitalized, posting a second quarter profit of $5.24 billion, its most profitable quarter ever, even as it spent billions of dollars on operational changes in response to the pandemic. Its cloud-computing arm, Amazon Web Services, has also continued to hold a dominant lead over rivals including Microsoft and Google.

Amazon ended the second quarter with 602,000 employees in the U.S., not including seasonal or temporary workers, or tens of thousands of others who work at contract delivery companies, air cargo operators and other businesses that make the giant company’s logistics machine run. The company’s global workforce exceeds 875,000 people.

The 33,000 open corporate and tech roles are across the company’s businesses and physical locations, including its Seattle headquarters — which had 6,585 openings listed on the company’s career site Wednesday, more by far than any other location — and 18 tech hubs in cities across the country. (A company spokesman said the listings on Amazon.jobs reflect the majority, but not all, of the company’s openings. Some listings advertise for multiple available positions and some large groups use different sites for high-volume hiring.)

Amazon said last week it is making space in Bellevue over the next five years to accommodate as many as 25,000 employees. In Seattle, it employs about 55,000 people directly.

Last September, Amazon sought to fill some 30,000 openings as it unfurled its career day, with events in six cities that drew 17,000 applicants, the company said. An additional 200,000 people applied online.

The pandemic has driven the hiring push online this year. The company said that on Sept. 16, it will offer 20,000 career coaching sessions online with its recruiters; online presentations from motivational speakers, career coaches and company executives; workshops on job opportunities in its fulfillment centers and retail stores; and coding reviews for software developers. The event is free and registration is available online.

The U.S. unemployment rate fell to 8.4% in August — the first time since March it was below 10%. In Washington, workers filed 18,172 new, or “initial,” unemployment claims the week ended Aug. 29. Initial claims are trending downward, but more than 348,100 people were receiving unemployment benefits in the state at the end of August.

An Envelope Containing Cyanide Delivered to the White House