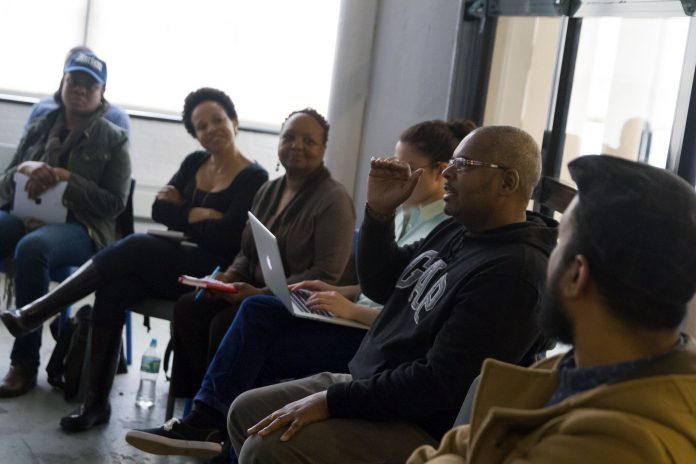 Since its launch in 1979, Black Public Media (formerly National Black Programming Consortium) has been “developing producing and funding media content about the Black experience for various public media outlets, including television, digital radio, as well as online,” as we reported in a 2016 post about NBPC.

Now, BPM, which is currently led by Executive Director Leslie Fields-Cruz, has selected 10 producing teams for its third 360 Incubator+. The selected teams will vie for up to $150,000 in funding. The talent development program is designed to get black content into the distribution pipeline.

This year is significant because it marks the first time virtual reality projects will compete.

I spoke to Fields-Cruz about the particulars.

TNJ.com: Why did you see the need to create the 360 Incubator+ program?

Fields-Cruz: We created the 360 Incubator+ program to give emerging and independent media makers the knowledge, resources and networking connections to help their projects get finished and distributed.

TNJ.com: What does the program entail?

Fields-Cruz: Producers participate in a 2-week incubator where they attend workshops covering topics such as fundraising strategies, story development, production budgeting, engagement campaigns, distribution, artist self-care and career sustainability. Each project receives a seasoned filmmaker as a mentor, who works with the producing team over two months, responding to treatment rewrites, reviewing sample reel cuts and advising on varying aspects of production.

At the end of the two months, producing teams return to New York City to participate in the PitchBlack Forum, a dynamic one-day event where producers pitch to a jury of industry experts and a live audience of current and potential partners. They recommend funding for three projects among the pool of participants.

Oscars nominations have just been announced and, as you know, the Academy has been criticized for the lack of diversity in the past. How do you think programs like 360 can help change the game when it comes to black filmmaking and television production?

I think we have a long way to go in realizing full diversity of the Academy, but programs like 360 are helping by developing talented creatives and positioning them for success in the industry.

TNJ.com: How has the 360 Incubator+ program helped content creators of stories
about black people?

Fields-Cruz: A strength of the 360 Incubator+ is that it demonstrates the broad diversity of stories that exist within the black experience. Once complete and delivered to public audiences, these stories help bust the myths of a monolithic Black experience. Furthermore, content creators are able to connect with other professionals who recognize and appreciate the importance of black stories.

TNJ.com: This year, you have the first-ever virtual reality projects competing. Why did you feel it was important to include these kinds of projects?

Fields-Cruz: Virtual Reality has enormous potential as a tool for engagement and impact. It’s inclusion in this year’s cohort is to help VR content creators working develop engagement models around their VR films, that can bring about a certain measure of social or cultural impact.

TNJ.com: . What is pitchBLACK and why is it a central part of this program?

Fields-Cruz: The PitchBLACK Forum has been the catalyst for six funded projects to-date, awarding $650,000.00; it has resulted in two network broadcasts and more than 200,000 web views. It’s the culminating event for the 360 Incubator+ program. The event provides exposure to talented black content creators, and offers an opportunity for companies and organizations interested in the creation of black content to join BPM in developing new content for a diverse America.

TNJ.com: How can Black Public Media help prepare other content creators to take on bigger and bigger projects?

Fields-Cruz: In many cases BPM is the first step in an emerging producer’s journey to develop a sustainable career. Many of our mentors were, at one point in their career, emerging media makers. BPM was their first big grant, and our support helped open the door to additional funders, distributors and other industry influencers. So if anything, content creators should attend BPM workshops, apply to our open calls and stay in touch.

US must reverse course with Indians