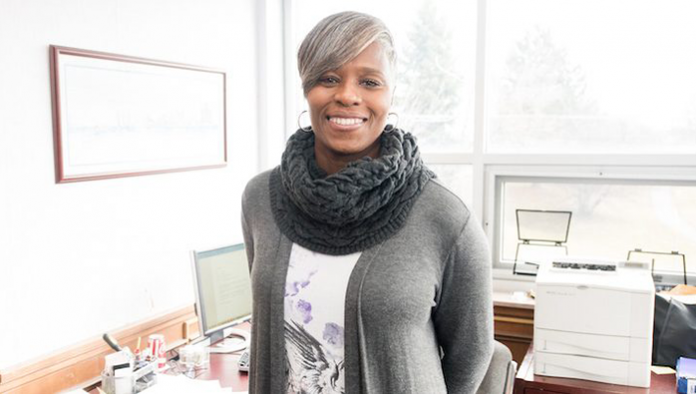 For entrepreneur and former NBA star, Jeff Grayer, the adage of giving back to the community took on a new meaning last year, when his community—the city of Flint, MI, was declared a state of emergency; visited by President Barack Obama and slammed with hundreds of lawsuits for allowing its nearly 100,000, mostly impoverished African American, residents to imbibe toxic tap water.

?This is home for me and my family and I wasn’t going to sit back and do nothing as a person or as a businessman,? Grayer said in an exclusive interview with TNJ.com.? Grayer is the project manager of WT Stevens Construction, a minority women owned business enterprise (MWBE) headed by his wife, Rhonda and her family. The company is a construction management and services firm and became a state certified lead abatement specialty company in 2016. It is one of just four companies recently contracted?under a court order–to replace more than 18,000 lead corroded pipes across the city of Flint.

The company is also the only African American-owned and locally-based company to be awarded a multi million dollar service contract to complete the behemoth project. While reluctant to discuss specifics, Grayer said, ?This is the biggest project our company has ever done and as a result of the water line contract our gross revenues have increased by about 70 percent.? The family owned company has been in business for 25 years and employs about 25 full and part time workers.? Grayer, 51, who played professional basketball for the Milwaukee Bucks and Golden State Warriors for 10 years, said about 800 waterlines have been replaced and he expects to have 6,000 replaced by the end of the year. ?The target is to have all 18,000 lead corroded residential pipes replaced by December 2019,? he said.

The Flint, Michigan, water crisis started back in April 2014 after Michigan Republican Governor Rick Snyder and other politicos fast tracked a measure to change the source of processing Flint’s water from the Detroit Water and Sewage Department directly to the Flint River without properly treating it for pollutants. As a result of the ill-fated cost cutting decision, the water became contaminated with lead and other toxins and more than a dozen people died and thousands of children and adults became seriously ill after being routinely being exposed to dangerous levels of lead based water for 18 months.

Earlier this year, a federal magistrate approved a $97 million settlement. The order mandates that thousands of pipes made of lead and galvanized steel be replaced?a three year project.? To that end, additional resources have also been allocated from federal and private sources making a total of more than $250 million being earmarked to resolve the man-made disaster.

For Grayer, the post water crisis is about rebuilding, reinvigorating Flint and, perhaps, injecting a spark of entrepreneurship to residents and others, despite a local crisis that has generated international headlines since 2015. ?Our company is usually the only African-American-owned business to respond to request for proposals for various Flint city contracts even now after the court rulings related to the water crisis,? he said.? ?This is a major project that will ensure public safety and start rebuilding trust between the city and the community…something that has been missing awhile.?

(TNJ writer Glenn Townes spent two days touring the city of Flint, MI and interviewed city leaders and residents under a fellowship program awarded by the Institute for Journalism and Natural Resources.)

At 100, Boston NAACP Confronts Mixed Past