Home Personal Finance Black-Owned Banks in The US 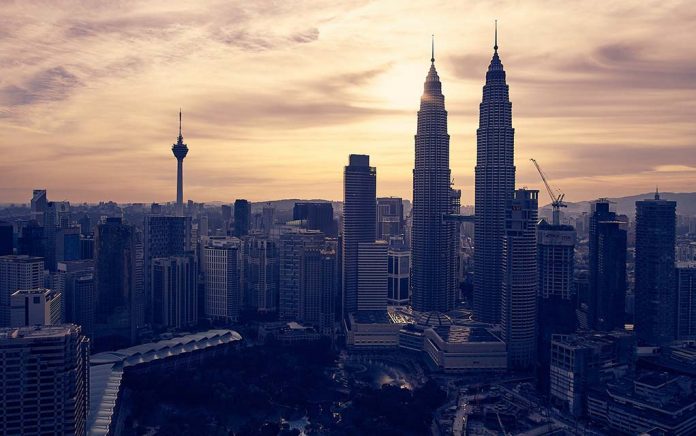 For generations, Black Americans have faced exclusion and systemic financial discrimination. Equitable access to the banking system remains an unfulfilled promise, casting a long shadow of economic disparity that we continue to witness today.

The racial wealth gap is stark. According to the Federal Reserve’s 2016 Survey of Consumer Finances, the average non-Hispanic white family has a net worth of $171,000, which is roughly ten times more than that of the average Black household.

African-Americans face real challenges when it comes to accessing banking services. A 2019 FDIC report found that 13.8 percent of Black households are unbanked, compared with 5.4 percent of the overall population. 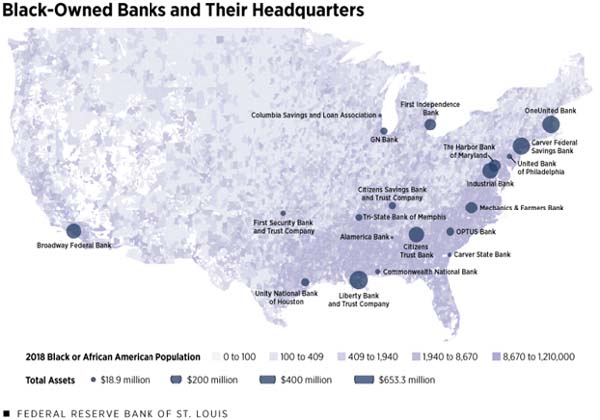 African-Americans also have distinct needs. They are more likely to live in poorer neighborhoods with limited access to quality healthcare, poor infrastructure and underperforming schools – conditions the COVID-19 pandemic has brought to the forefront once again.

Black-owned banks to the rescue

By the FDIC’s definition, a Black-owned bank is one that has a majority-Black board of directors or at least 51 percent Black ownership and typically provides services to a predominantly minority community.

For generations, these institutions have provided capital, credit and financial services to low-to-moderate-income earning people and minority communities.

Black banks were founded for the same reason all banks are formed – to address a need for credit in their local communities.

A culture of racism fueled by state and local Jim Crow laws severely limited economic opportunities for people of color in the South while allowing financial service providers to deny them service. These barriers followed African Americans in their Great Migration from 1916 to 1970, when more than 6 million of them left the rural South for the industrial North, Midwest and West in search of freedom and economic opportunity.

Black communities and the mistrust of banks

Congress first attempted to charter a bank – Freedman’s Savings Bank – for newly freed ex-slaves and Black soldiers in 1865. The white-run bank opened 37 branches across the country and attracted millions of dollars in deposits, but it didn’t last.

With poor oversight and risky investments, a corrupt group of trustees grossly mismanaged the bank. The bank eventually failed in 1874, causing more than 60,000 Black depositors from 17 states to lose approximately $3 million and their faith in banks.

After the collapse of Freedman’s Savings Bank, Black Americans were subjected to redlining and other discriminatory lending practices. Today, Black-owned banks seek to eliminate structural inequities.

A timeline of Black banking

Capital Savings Bank, the country’s first Black-run bank, was founded in 1888 and was quickly followed by the establishment of two more banks. By 1906 there were 33 Black-owned banks, a figure that continued to increase until the Great Depression of the 1930s shattered the banking industry as a whole.

The first Black banks focused on serving the community over profitability. They created special programs to help those who lost their jobs, encouraged deposits, and extended home loans at lower interest rates that those offered elsewhere.

Small Black-owned banks survived for five to seven years on average. Depositors often lost money when the banks suddenly shuttered. It wasn’t until 1933 that Federal Deposit Insurance was introduced.

The Civil Rights Movement that swept the country in the 1950s and 1960s helped to raise awareness of financial discrimination and economic disparity. It reignited interest in Black-owned banks, resulting in the charter of numerous new banks in the late 1960s and 1970s.

One such bank is the First Independence Bank, which was instituted after the 1967 riots in Detroit.

In the years that followed, more legislation was passed, including the Community Reinvestment Act (CRA) of 1977 and the Financial Institutions Reform, Recovery, and Enforcement Act (FIRREA) of 1989.

The number of Black-owned banks has fallen over the years

Financial experts link the decline to the 2008 financial crisis, which was especially detrimental to minority communities and the banks that served them. Compared to white-owned banks, minority banks had lower core deposits, higher expenses and a higher ratio of nonperforming loans, leaving them more vulnerable during the crisis.

Even today, Black-owned banks tend to have fewer assets and are less likely to be publicly traded, which denies them access to the public markets to raise funds. Those in existence today are:

6 Biggest Financial Mistakes To Avoid In Your 20s

Give Your 401(k) a Midyear Checkup

Graduation is Coming Up! Here?s What to Get Your Grad