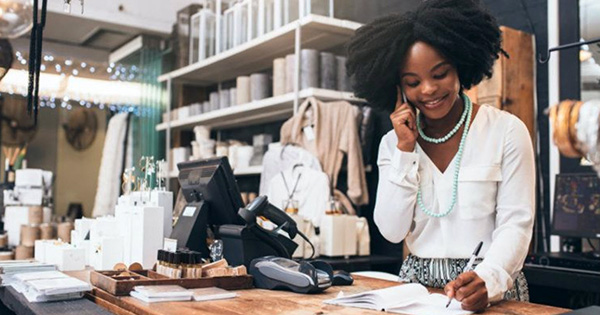 President Donald Trump says the opportunity zone tax break he signed into law in 2017 has created “tens of thousands of jobs” and is helping minority communities and Black business owners. In a tweet earlier this month, he pointed to opportunity zones as proof he’d done more for the Black community “than any President since Abraham Lincoln.”

There’s no way to prove that the tax break for wealthy investors who buy a stake in a business or property in the zones has created jobs or helped minority business owners. The federal government doesn’t collect information on projects attracting investments in the more than 8,700 zones, leaving policymakers and advocacy groups to rely on anecdotes and self-reporting.

But critics have long said the tax break, which encourages building in designated low-income communities, may end up accelerating gentrification and that it’s unlikely to help Black business owners.

Black and Hispanic-owned businesses struggle to access every type of capital that white business owners typically rely on to build a business, from home equity and bank loans to venture capital. Mainstream lenders and investors often don’t have connections in low-income, minority communities or expertise working with businesses there.

“We continually see a lack of understanding, a lack of regard to the needs and challenges of Black and brown businesses,” said Connie Evans, president and CEO of the Association for Enterprise Opportunity, whose Washington D.C.-based trade association advocates for organizations that provide capital and support to underserved entrepreneurs.

“They put these programs and policies out there universally,” she said, “and that just doesn’t work.”

Opportunity zones work by giving people and corporations a series of capital gains tax breaks for investing in opportunity funds, which then invest in zones, and holding those investments over time.

Congress applied the opportunity zone tax break to a wide range of investments, from factories and hotels to superyacht marinas. Lawmakers imposed no additional requirements, such as job creation targets, in order to encourage investors to move as much money as possible into low-income areas.

So far, opportunity zone investors appear to be focused on market-rate real estate such as luxury apartments and hotels. They’ve largely steered clear of affordable housing deals, businesses in need of an equity partner, or other investments that help the community but have a small or uncertain return, according to a report released last week by the Urban Institute, a Washington, D.C., think tank.

“What we found, looking at community benefit projects, is they’re just hard to do, period,” said Brett Theodos, senior fellow and director of the Community Economic Development Hub at the Urban Institute.

Theodos said he and his co-authors interviewed close to 70 opportunity zone investors, fund managers, developers, public agencies and nonprofits and heard that opportunity zone projects with a big social impact are the exception rather than the rule.

Some members of Congress have introduced bills that would require the Treasury Department to collect data on the number of opportunity funds created and their impact in underserved communities.

And while some Democrats in Congress have put forward legislation that would repeal the zones or limit the types of projects that qualify for a tax break, some Republicans have proposed expanding the zones, including by allowing disaster recovery areas to qualify.

At the state level, lawmakers are similarly divided.

“I just thought, wow, this is a tremendous — literal — opportunity for our state,” said Wisconsin state Rep. Nancy VanderMeer, a Republican and sponsor of a new state law signed by Democratic Gov. Tony Evers that doubles state tax breaks for investments in opportunity zones.

The average zone has a 27.7% poverty rate, according to the Economic Innovation Group, a Washington, D.C., think tank that lobbied for the tax break. Almost 60% of opportunity zone residents are nonwhite, compared with 39% of U.S. residents.

“We’re aggressively pursuing economic development in minority communities. We’re doing it very powerfully,” Trump said at a June event in Dallas. “We’ve done it with opportunity zones, but we’re going to go above that. At the heart of this effort is increasing access to capital for small businesses, and that’s with minority owners in Black communities.”

But even the tax break’s champions caution against calling it a success.

“Given how early it is in this policy, it’s right to be optimistic, it’s right to be hopeful, it’s not right to be triumphant yet,” said John Lettieri, president and CEO of the Economic Innovation Group. The IRS finalized the rules for the program in December.

Lettieri said policymakers need to do more to make sure the tax break benefits low-income communities, including by helping local leaders identify good projects and pitch them to investors.

Almost 97% of the more than $10 billion raised by opportunity funds so far has been raised by funds focused on commercial or residential real estate, according to Novogradac, a national professional services organization.

Much of that money likely will be spent on projects that have been in the works for years and have a high expected return, such as high-end apartment buildings.

Local efforts to drum up investor interest in projects with more of a community benefit, including by adding incentives, don’t appear to be significantly changing how money flows, the Urban Institute’s Theodos said.

To be sure, opportunity funds can be used to finance projects that help low-income residents. HOPE, a credit union, policy institute and community development financial institution based in Jackson, Miss., has raised $7.5 million from two opportunity zone investors and used the money in four low-income housing deals.

The projects will create or refurbish 171 units. While the deals have been successful, said Phil Eide, HOPE’s senior vice president for community and economic development, affordable housing projects have a less than 5% return and aren’t attractive to investors focused only on making money.

“In order to do what we’ve done, the opportunity zone investor has to be a mission investor,” he said. “If they’re looking for a 15 to 18% return, you can’t do it.”

“People really need to think outside the box and say: What kind of long-term investments do we need to make in these small businesses?” said Donna Gambrell, president and CEO of Appalachian Community Capital, a Christiansburg, Va.-based community development financial institution that raises capital and lends to member organizations that serve small-businessowners.

Gambrell, Evans and other experts said the federal government could allocate more money to community development financial institutions such as credit unions and community banks that specialize in issuing small loans to businesses deemed too risky for bank financing.

Evans’ Association for Enterprise Opportunity is trying to raise $77 million from philanthropists and institutional investors to allow seven Black-led community development financial institutions to increase their lending by 250% over three years.

“Tell me where you see any opportunity zone investment have that kind of impact,” she said.

“We actually do largely know what works here,” he said.

How two teens in leggings became a PR mess for United...