By Jonathan Stempel and Jennifer Ablan

NEW YORK (Reuters) – Bill Gross has reached a roughly $81 million settlement of his lawsuit against Pacific Investment Management Co, ending a bitter 2-1/2-year drama over the well-known bond investor’s abrupt departure from one of the world’s biggest asset managers.

Terms of the accord were not disclosed, but were confirmed by two people familiar with the matter, who asked not to be named because the terms were confidential.

Gross and Pimco said in a joint statement the settlement was “amicable,” and that Pimco will donate the proceeds to charity.

“Pimco has always been family to me, and, like any family, sometimes there are disagreements,” Gross, a Pimco co-founder, said in the statement.

The accord quietly ends an acrimonious battle over the 72-year-old billionaire’s September 2014 exit from Pimco, where he had been chief investment officer. That battle played out first in the media, and then in Gross’ $200 million lawsuit.

In his October 2015 lawsuit, Gross accused a greedy “cabal” of Pimco executives, including group chief investment officer Dan Ivascyn, of plotting to oust him so they could divide his 20 percent share in Pimco’s bonus pool among themselves.

The pool totaled $1.3 billion in 2013, and Gross’ pay that year topped $300 million, according to the complaint filed in California Superior Court.

Pimco, a Newport Beach, California-based unit of German insurer Allianz SE <ALVG.DE>, countered that Gross’ “egregious misconduct,” including abusive behavior toward colleagues, would have justified his firing had he not resigned.

Once known on Wall Street as the “Bond King,” Gross left Pimco eight months after his second-in-command Mohamed El-Erian quit, in part because of Gross’ management style. Gross is worth $2.5 billion, according to Forbes magazine.

The joint statement reflected Pimco’s recognition of Gross’ role in building the firm into a mutual fund powerhouse over four decades, with more than $2 trillion of assets under management, even if his last months proved uncomfortable.

“Bill Gross has always been larger-than-life,” Ivascyn said. “Bill has had an enormous influence on Pimco and the careers of many who have passed through its halls. He built this business from the ground up and we have great respect and admiration for his talents.”

In the statement, Gross also said: “I’ve always been amazed by my success, and grateful for the opportunity to make a difference in the world. I’m glad that can continue.”

Gross has been unable to replicate his Pimco success at Janus. His Global Unconstrained Bond fund <JUCAX.O> has just $1.9 billion of assets, and been outperformed by 80 percent of its peers in the last year, according to Morningstar.

Pimco said it will dedicate a “Founders Room” at its headquarters to honor its co-founders, while its Pimco Foundation named Gross a director emeritus and established an annual award in his name. 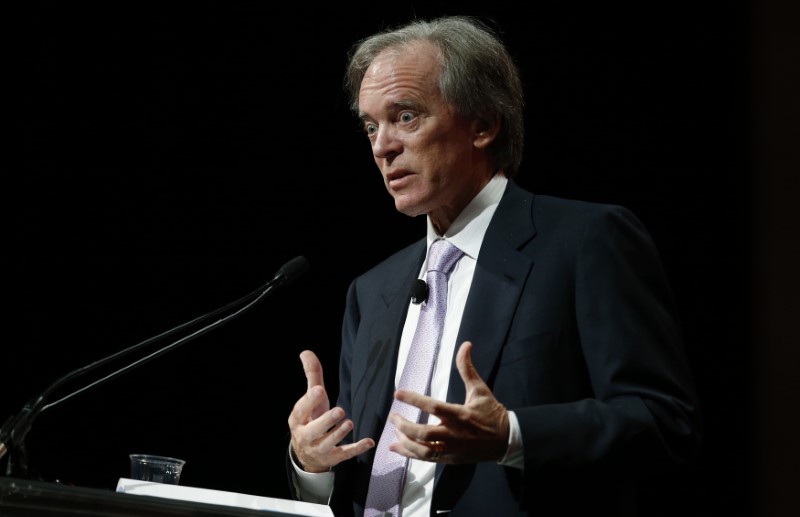 The Fed is Raising Rates. What?s it Going to Cost You?