FRANKFURT (Reuters) – Banks moving from Britain to the EU because of Brexit could be given years to fully comply with European Central Bank rules, a top ECB supervisor said on Monday.

“In the case of Brexit, we have many banking groups coming in, probably,” ECB executive board member and bank supervisor Sabine Lautenschlaeger said on Monday.

“To enable banks to comprehensively comply with our requirements, we will grant bank-specific phase-in periods,” she said, adding that the process could last months or possibly years, depending on individual circumstances.

Britain will trigger divorce proceedings with the European Union on Wednesday. U.K.-based banks are almost certain to lose their rights to access the EU’s single market from London, Europe’s financial hub.

Only a handful of firms have indicated they will move some operations but dozens have made inquiries, suggesting that if so-called passporting rights are lost, banks will have no choice but to relocate part of their operations to the European Union.

The ECB has said it is willing to forego temporarily its requirement to pre-approve the financial models banks use to determine risks, provided that the models have already been approved by British authorities.

But Lautenschlaeger warned that moves to ease the relocation process did not mean lax regulation, saying the ECB would not try to lure banks with a “race to the bottom”.

She said the current regulatory setup might encourage banks to engage in regulatory or supervisory arbitrage but a review of the European legislative framework could close loopholes. 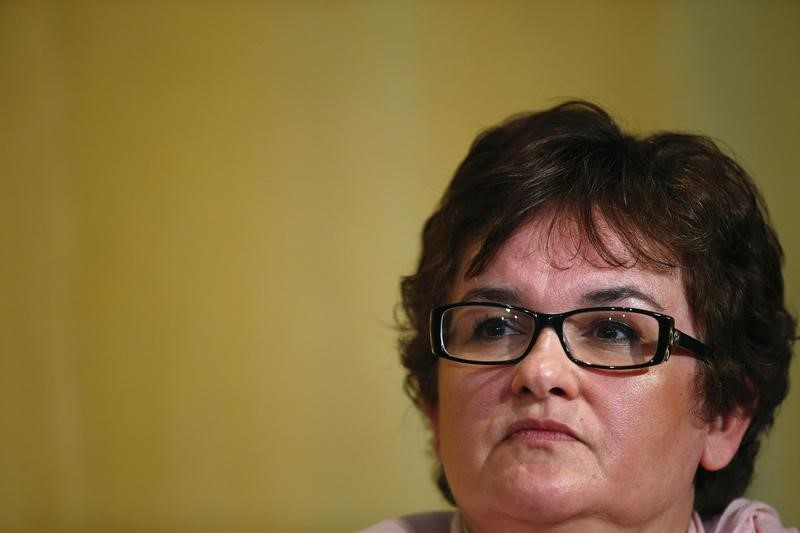