By David Milliken and Huw Jones

LONDON (Reuters) – Britain-based banks should take steps to ensure they do not have to curb lending suddenly if the country leaves the European Union in a disorderly way, the Bank of England said on Monday as Prime Minister Theresa May prepares to start Brexit talks.

May has said she is prepared to walk away from the Brexit talks with no deal if only bad terms are offered, and the government has said it is making contingency plans for this “unlikely” scenario.

BoE Governor Mark Carney said in January that the Brexit process was a bigger financial stability risk to EU countries whose businesses relied on raising finance via London than it was to Britain itself.

Just two days before May formally notifies the EU that Britain wants to start two years of exit talks, the BoE asked banks to provide copies of contingency plans to reassure it that they are ready for “a range of possible outcomes”.

“Risks to financial stability will be influenced by the orderliness of the adjustment to the new relationship between the United Kingdom and the European Union,” the BoE’s Financial Policy Committee said in its quarterly policy statement.

Carney has said both Britain and the rest of the EU would benefit from a transitional period after Brexit when British-based banks could continue to serve clients elsewhere in Europe on broadly similar terms as at present.

But many banks operating out of London fear they will lose easy access to the EU’s single market. Some like Goldman Sachs <GS.N> have already said they will beef up their presence in continental Europe.

The central bank’s Financial Policy Committee is asking lenders to show how they can avoid their continental customers being abruptly cut off after Brexit, which could also damage the British economy.

“Sudden adjustment could disrupt the provision of market liquidity and investment banking services,” the BoE said.

Longer-term changes to bank business models after Brexit – as well as more complex legal structures – could reduce the resilience of the UK financial system.

Kirsty Barnes, a partner at law firm Gowling WLG, said Britain-based banks could face major restrictions if they did not achieve preferential access to the EU.

“Banks will either have to shift certain operations or business units to the EU or we will see the closure of lines of business and products due to the increased costs or associated inefficiencies that may arise,” she said.

The FPC also set out the scenario for this year’s annual stress tests of top lenders.

For the first time, they face a biennial parallel ‘exploratory’ test of their ability to cope with latent risks outside the usual financial cycle. The cyclical test covers a five-year period of shocks, while the exploratory version will span seven years.

The BoE said this month the outlook for global economic growth had improved, partly due to market expectations of tax cuts and looser regulation in the United States.

U.S. President Donald Trump has ordered a review of banking rules – many based on global standards – saying they hamper lending.

The FPC said it would apply “robust” capital rules and if there was not consistent cooperation from other countries’ supervisors it would need to “assess how best to protect the resilience of the UK financial system”.

The committee has set a target for banks to have an aggregate Tier 1 capital buffer of 13.5 percent, versus an actual 15.1 percent last December.

The FPC said the target will be reviewed in light of a new rule from January 2018 requiring banks to set money aside far sooner to cover possible loan defaults, and for refinements at the global level to how banks add up risks from loans. A more accurate system of adding up risks could even prompt the BoE to lower the aggregate target. 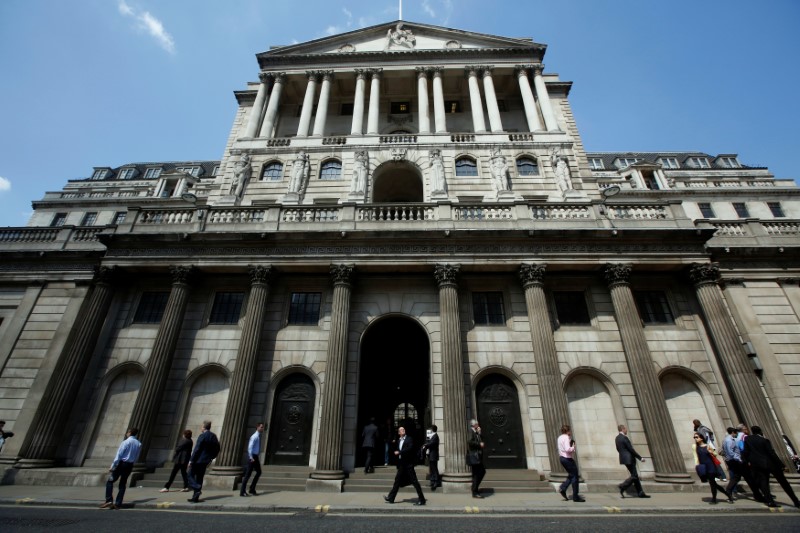