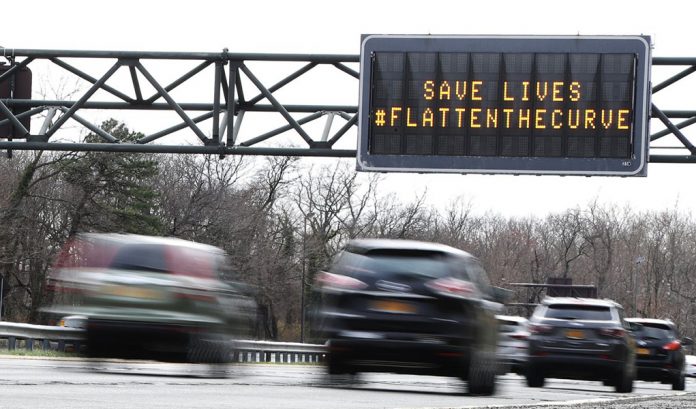 With highways and roads abandoned as motorists stay home during the COVID-19 health crisis, the nation’s biggest auto insurers are refunding policyholders more than $7 billion.

Fewer cars on the road typically means fewer accident claims, and according to Arity, a data and analytics firm owned by Allstate, the total number of miles driven nationwide since March 8 is down by more than half.

Here is a list of auto insurers, with details on what they are offering:

— State Farm, a mutual insurer owned by its policyholders, will give its customers a $2 billion rebate. Most policyholders will get a 25% credit for the weeks between March 30 and May 31, the Bloomington-based insurer said. State Farm said the percentage awarded will vary by state.

— Geico will give back about $2.5 billion to its auto and motorcycle customers. The company will issue a 15% credit as those policies come up for renewal between April 8 and Oct. 7. The credit also applies to new policies purchased with Geico during that time period.

— Progressive Insurance said it will offer its personal auto policyholders a 20% credit for their April and May premiums, totaling about $1 billion. Customers can expect those credits to be automatically applied to their accounts in May and June.

— Allstate will return about $600 million to its customers, which most policyholders will get back in the form of a roughly 15% credit on their premiums in April and May. Customers will receive the rebate through a credit to their bank account, credit card or on their Allstate account.

— USAA, a member-owned association based in San Antonio, Texas, said it will return $520 million to its members. Policyholders will receive a 20% credit on two months of premiums.

— Liberty Mutual said it would return about $250 million to personal auto insurance customers in the form of a 15% refund on two months of their annual premiums. The refunds will begin in April.

— American Family Insurance will return about $200 million to policyholders. The Madison, Wisconsin-based insurer will return $50 for each vehicle insured.

— The Hartford, which has an exclusive agreement with AARP to sell auto and home insurance products to its members, said it will give back about $50 million to its auto customers in the next couple of months. Most customers will receive a 15% refund on their April and May premiums.

— Nationwide said it will offer a one-time premium refund of $50 for each each insured vehicle. Customers will receive a refund in the next 30 days to their most recent method of payment.

— Travelers said it will give its auto insurance customers a 15% credit on their April and may premiums.

Don’t Wait for Congress – Give Yourself a Tax Cut Now