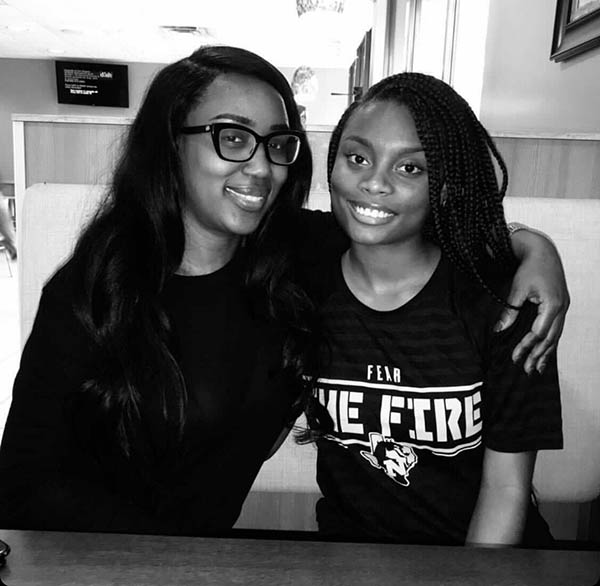 “Lift as you climb” is not only a well-known proverb, it’s a way of life. The guidance of a dedicated mentor can provide the mental and emotional support one needs to gain experience and begin the journey to success in any given field. As part of the AT&T Dream in Black platform extension, “Rising Future Makers”, we sat down with top entrepreneurs to discuss what played a central role in shaping their lives and how they are giving back to the community in the form of mentorship, to build upon that legacy.  We also share their mentees’ aspirations, and how they’re using this invaluable guidance to explore career paths, set goals, develop networks, and identify resources.

K.C. Fox is a 25-year-veteran of the American Broadcast Industry; an American Media Professional, a maven and a subject matter expert in the industry. When it comes to broadcast television, she has worn many hats, to include executive producing TV and film. Atlanta’s Women of Wealth and Men’s Quarterly Magazine honored her in 2019 with an Economic Influencer award amongst at least 20 other young minority millionaires. K.C. is most known for her Lady General Franchise in addition to her keynote speaking, leadership courses, breakout sessions, and advocacy work in domestic violence and young female leader’s initiatives.

We sat down to talk about her rise in an industry that is historically and traditionally laid out for non-minority men, and how she is bringing others up with her, like her mentee, high school senior, Courtney Roberts.

Tell us how you got started in the entertainment industry.

K.C.: Straight out of college I landed my first job in TV.  I just knew I was going to be a communicator on a large level. I knew by design I was to bring awareness and spread messages.  Six years into that, I took a break from TV and went into the Airforce.  During these eight years, I found my leadership capability– something I was unaware of up until that time. And when I came back into Civilian life, I was unstoppable.  It was on!  I went back into TV and went straight into an executive role, because after seeing Black men and women in positions of leadership in the military, I now knew it was obtainable.  During my time as a TV executive, in 2016, I met a friend that was a long time sports agent.  He was representing top players and would call on me for advice in helping them with PR, crisis management, social media strategy, and media training. I started a successful joint venture with him, which also marked my transition from broadcast media to sports, entertainment, and civil rights.

Shortly after that, I met Lee Merritt, the Civil Rights attorney and served as his communication strategist for all of his high-profile police brutality cases.  Around that time, I had also founded the non-profit organization, The Ladies General Foundation, established to create the next generation of leaders by ensuring that girls remain confident, motivated and empowered.  I do necessary work and as I get older, I can see that I won’t always be able to do it at this level.  I’m going to have to pass the baton.  And that’s why I started the foundation.

How did you discover your passion?

K.C.: My awareness of how, when, and where I was making an impact led me to discover my passion. To me, IMPACT = PASSION. When you effortlessly give it 100% of yourself, you’ve probably discovered your passion. This was confirmed when my face started appearing at the top of vision boards created by Black and Brown girls across the country, like Courtney’s… that’s when I knew.

How did you meet Courtney?

K.C.: Courtney was a fan of mine on social media.  She was 14-years-old at the time and had posted a vision board on her feed with my picture at the top. A friend tagged me in the post and I reached out.  She came to our annual summer camp and really stood out, becoming one of the teen leads.  She’s been mine ever since!

Courtney, tell us a little bit about yourself.

Courtney: I’m a 17-year-old highschool senior. I learned about  K.C. through a family friend back in 2017.  Over the past four years she has inspired me to recognize my power and step into my truth.  I did a few college visits with her last year and I’m exploring careers in either entertainment law or as an entertainment executive, like in A&R.

What was your inspiration for getting into the entertainment industry?

Courtney: My inspiration for getting into the entertainment and media field is my passion for music and storytelling. Being on the business side of things will allow me to facilitate spaces and opportunities for artists and all around creatives. Also, the fact that I will be able to carry my passion throughout the work I do everyday, and actually enjoy and reach fulfillment through my work, keeps me motivated.

What is your role as a mentor?

What does a typical workday look like for you?

K.C.: Atypical! The only consistent part from day to day is between the hours of 5am-6am where I review and reflect on “what happened” the day before and read AAR’s (After Actions Reports). Over the course of my 12–14-hour day, I usually conduct anywhere between 5-6 meetings, unless there is an unforeseen crisis, then you can multiply the meetings! Lunch and workout times are usually taken whenever I see an opportunity. Nothing in my firm is traditional. Only the outcomes are set in stone.

Courtney, what is a valuable piece of advice you’ve received from K.C.?

Courtney: Overall, her work ethic and willingness to fight for what she believes in has influenced me the most as her mentee.  K.C. has taught me to network as much as possible. This is an industry run by relationships and connections. As long as I move with integrity and have the right intentions, I know I will be successful.

If someone is reading this right now and they don’t know you – and may not ever meet you – but are inspired by your story. What would you want them to know?

K.C.: The most important thing in life is service before self.  Integrity, service, and excellence is the foundation of everything I’ve ever done in this world.

Please leave a comment if these AT&T Dream in Black stories inspired you, and share your experiences with mentorship and advocacy below! Like K.C., and so many other Future Makers, AT&T believes in uplifting our communities, starting with supporting and fostering the next generation of leaders.

So listen up current HBCU students! If you are making a difference in your community and campus, and could benefit from access to mentorship and advocacy, apply for the chance to become a part of the inaugural AT&T Dream in Black Rising Future Makers class. The entry period closes on October 31st, so don’t miss your chance to win access to celebrity advocates, $5,000, and more to power your possibilities. AT&T Dream in Black Rising Future Makers is a new extension, for HBCU students, of AT&T’s ongoing commitment to support diverse communities through uplifting programs, support and storytelling. Learn more at att.com/dreaminblack.