(Reuters) – Dow Chemical and DuPont won the blessing of the European Union for their $130 billion merger on Monday by agreeing to sell substantial assets including key research and development activities.

The European Commission had been concerned that the merger of two of the biggest and oldest U.S. chemical producers would leave few incentives to produce new herbicides and pesticides in the future. The deal is one of a trio of mega mergers that will reshape the industry and consolidate six companies into three.

Asset sales would ensure competition in the sector and benefit European farmers and consumers, the Commission said.

“We need effective competition in this sector so companies are pushed to develop products that are ever safer for people and better for the environment,” European Competition Commissioner Margrethe Vestager said in a statement.

“Our decision today ensures that the merger between Dow and DuPont does not reduce price competition for existing pesticides or innovation for safer and better products in the future.”

The two other big deals in the industry are ChemChina’s [CNNCC.UL] $43 billion bid for Syngenta and Bayer’s acquisition of Monsanto.

Dow and DuPont said they were still on target for $3 billion in cost synergies and $1 billion in growth benefits.

The deal is still to be approved by regulators in the United States, Brazil, China, Australia and Canada, but the companies said they were confident of clearance in all remaining jurisdictions.

“This regulatory milestone is a significant step toward closing the merger transaction, with the intention to subsequently spin into three independent publicly traded companies,” Dow spokeswoman Rachelle Schikorra said in an email.

The EU approval may be a sign that U.S. regulators would follow suit because the agencies have traditionally coordinated on reviews and remedies for large multinational mergers, said Diana Moss, president of the American Antitrust Institute non-profit group.

However, any required asset sales would likely reflect antitrust concerns in the local marketplace.

“In the U.S., there are very high shares in corn and soybean seeds. We would expect those problems to be significant enough for enforcers in the U.S. to remedy them,” Moss said.

The 1,000-page decision underlined the significance of the merger. In return for the EU green light, DuPont will divest large parts of its global pesticides business, including its global research and development organization.

The unit makes herbicides for cereals, oilseed rape, sunflower, rice and pasture and insecticides for insect control for fruits and vegetables.

Dow, in turn, will sell two acid co-polymer manufacturing facilities in Spain and the United States, as well as a contract with a third party through which it buys ionomers. The company has already found a buyer in South Korea’s SK Innovation.

“The main surprises here are the inclusion of the pesticides and the exclusion of any kind of seed assets,” Bernstein analysts wrote in a note. The analysts also said they had expected EU to be concerned about the concentration of seed sales, and that they would require Dow to divest its corn seeds business.

“We see the required divestments here as smaller than we originally expected, due to the exclusion of seed assets”.

Antitrust experts said the regulator’s demand to sell large swathes of R&D facilities could set the benchmark for future deals.

Lobbying group Friends of the Earth Europe criticized the EU decision, saying that the three deals would lead to three companies controlling about 70 percent of the world’s agrichemicals and more than 60 percent of commercial seeds.

“This decision to allow Dow Chemicals and DuPont to form the world’s biggest agribusiness company will give giant corporations an even tighter toxic grip on our food and countryside. For the public and nature such mergers are marriages made in hell,” said Adrian Bebb from Friends of the

The agriculture company it planned to create with DuPont will be able to serve farmers better, helped by leveraging strong pipeline in its seeds and chemistry business, and competitive prices, Dow’s Schikorra said.

“We’re concerned about the signal this sends for U.S. approval. We’re concerned about further consolidation in an already highly concentrated industry,” said Barbara Patterson, director of government relations for the National Farmers Union, which represents 200,000 U.S. farmers and ranchers.

Sources said last week that ChemChina’s [CNNCC.UL] bid for Syngenta could be approved this week but the timing could slip. Bayer and Monsanto are set to ask for EU approval in the coming months.

Shares of both Dow Chemicals and DuPont were marginally up in afternoon trading. 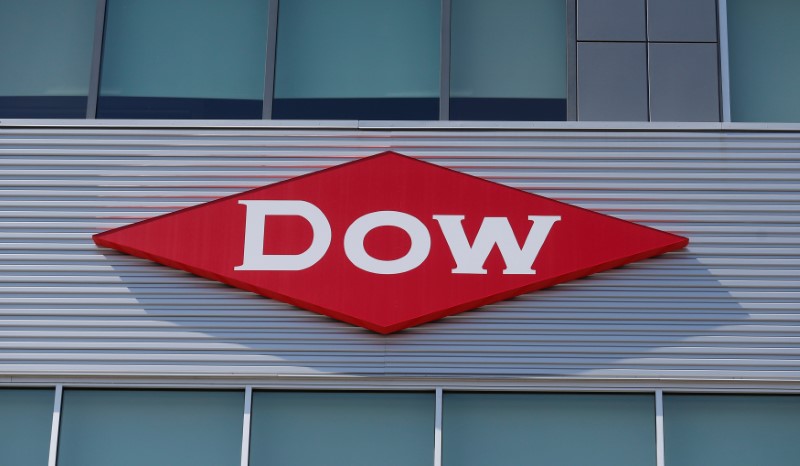 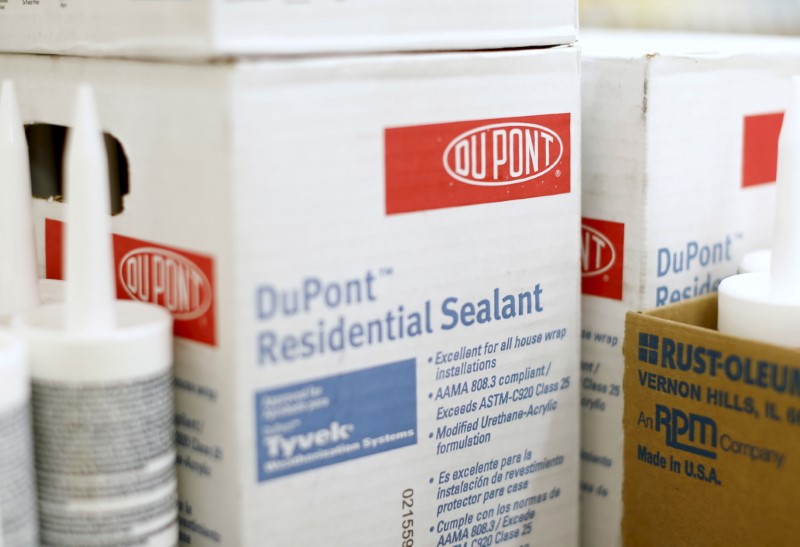 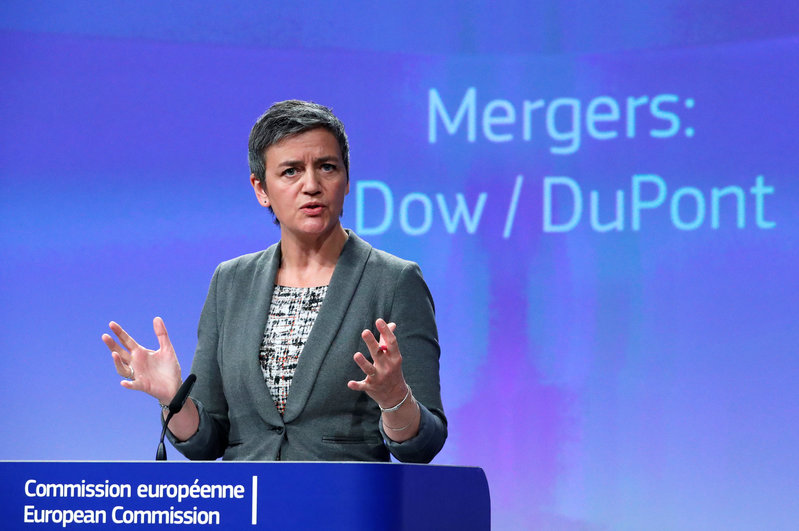